At first glance, Ann Tellier’s room at Dorset Elementary School in Baie d’Urfé looks just like a standard kindergarten class. There are costumes for dress-up fun, lots of bins filled with toys and plenty of brightly-coloured books. But then a flash of silver catches your eye and suddenly you notice that the class is also equipped with many iPods and a few iPads, all available for the little ones to use.

For over a year, Tellier has been using these tools to help students develop literacy and math skills. For example, a child might trace letter shapes on the iPod’s screen or do simple games teaching sorting and matching skills. While iPods and iPads are quite common at the university and high school levels, they are only starting to be used regularly in grade schools.

In fact, it was a parent who first turned Tellier onto the idea of using iPods in her classroom. The mother said her child had been using an app on the family smart phone to help with letter recognition. Tellier had also noticed an improvement in the child’s skills and was intrigued by the idea that a gadget might be helping. Soon she was downloading and experimenting with educational apps and doing research into how other schools (mostly in the United States) were using them.

Armed with this knowledge, she was able to convince the school board to purchase some iPods for her class, and the adventure began. A key step was putting protective covers on each iPod, “Those little fingers aren’t always clean” Tellier says with a chuckle. She asked students not to walk around with them and, after an angry little one used an iPod as a missile, she introduced the “no throwing rule” as well.

But once the practical matters were settled, she discovered that her students loved using the iPods. “They are so engaged,” she says, noting that educational apps encourage a high level of interaction. When working on math skills, for example, a child gets immediate feedback if the answer provided is right or wrong. Tellier adds that apps like “Story Buddy” allow children to create an online book complete with their drawings and texts.

However, to ensure that her kindergarteners were making the most of these tools, Tellier decided to invite some older kids into the classroom to offer assistance. “It always helps to have someone sitting beside a kindergartener to help them one-on-one,” she says. Tellier asked if the Grade 5 students would be interested in becoming “iTutors” to the little ones. The older students had to fill out an application form, describing why they wanted the positions. Those selected then attended training sessions. “It’s been great for the self-esteem of the tutors,” she says. And, in the fall, they will act as mentors to the new grade 5 tutors.

Parents of students in her class have also expressed great interest in the iPod experiment. Many ask her for a list of apps so they can download and use them at home. And, of course, the kids often come in with suggestions for apps they’ve found while playing with mom or dad’s smart phone. Not all the apps they want to try are educational, so Tellier will often strike a deal with her students. “They have to do one of my apps and then they can do one of theirs.”

Tellier is sensitive to concerns that parents and other educators might have about these tech tools taking over too much of the classroom time. “There’s more to life than just technology,” says this veteran teacher with more than 30 years experience. “Life in a kindergarten class hasn’t changed completely because of the iPods,” she adds. “We still do sand and water play, we read stories, we practice our letters. IPods are just another tool and we have to find a balance with them.”

Dorset Elementary school teacher Ann Tellier says if parents want to know more about using tech tools like iPods with children, as well as finding reviews of the thousands of apps on the market, they start at www.commonsensemedia.org. Run by a non-profit organization of the same name, this site includes a wealth of information for parents and educators about children and technology. 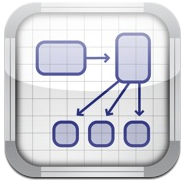 On the iPods in her classroom, Tellier has a whiteboard app (several are available for children) that allows kids to draw on the screen — and have it captured on the digital whiteboard displayed on the iPod. 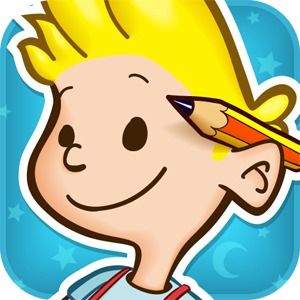 For kids who love to tinker and build, she recommends Casey’s Contraptions, an app that encourages users to build Rube Goldberg-like structures from digital magnets, balloons, darts, string, etc. 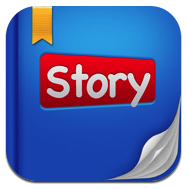 Children love creating their own stories and the app Story Buddy allows them to create their own digital books to share with family and friends.