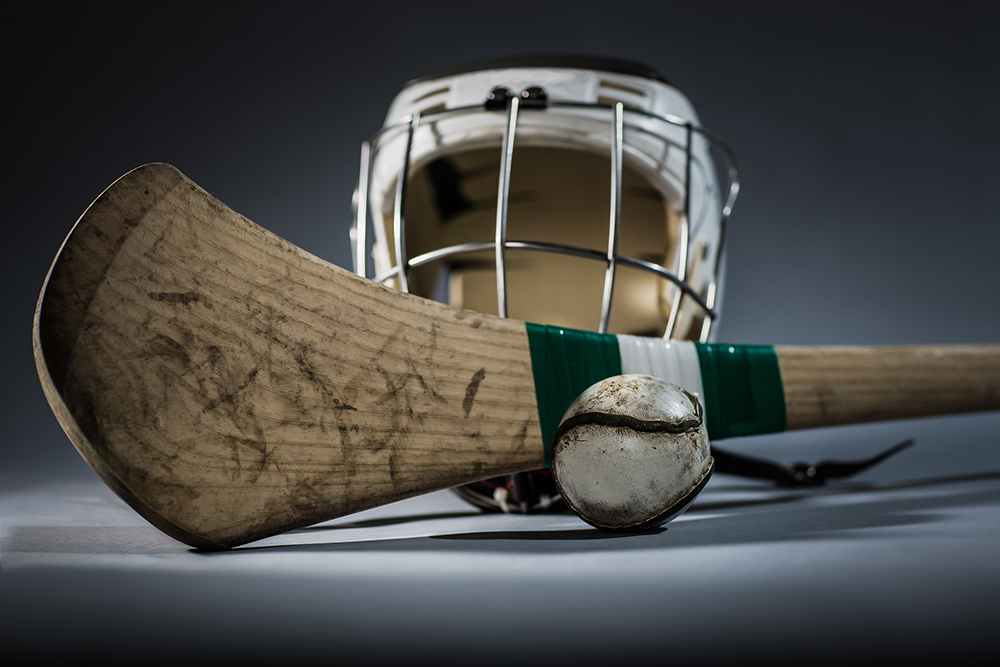 a studio shot of a hurling stick, ball, and helmet.

During his trips to Ireland while growing up, Eric Crotty (pictured below) often heard stories from his grandfather and cousins about their love of hurling, a popular sport played in every village, town and city in Ireland. 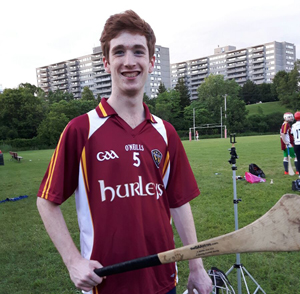 So when he was looking to join a sports team after graduating from high school, Eric was pleasantly surprised to discover a hurling club in his own backyard. The 17-year-old had so much fun playing with the Montreal Shamrocks Gaelic Athletic Club in the summer that he enrolled in the winter league, which takes place at the Stinger Dome in N.D.G. “It’s a sport that connects me to Ireland,” Eric said. “There are a lot of new skills to learn and there’s good banter among the players. It’s a lot of fun.”

Founded in 1948, the Montreal Shamrocks is the Quebec branch of the Gaelic Athletic Association, promoting and organizing Gaelic games across the city. Focusing on the traditional Irish sports of hurling and Gaelic football, the club has grown from just a handful of members to more than 200 participants in 2018.

With St. Patrick’s Day festivities just around the corner, the community sports organization is hoping to follow those seven decades of success by expanding its current youth program to teach Irish sports to a new generation of Montreal children.

‘‘In Ireland, no matter where you’re born, you play for your community all the way through [youth levels] to representing men’s teams,” says Shamrocks President Tony Cunningham, on the spirit and culture of Gaelic games. “The idea is that everybody contributes. The focus is very much on participation and enjoyment.’’

To the uninitiated, Gaelic football may seem like a peculiar sport. But to the Irish, it is a pastime entrenched in their cultural heritage. A hybrid sport combining the rules of soccer and rugby, Gaelic football is a grass field sport requiring the use of both hands and feet. Players can score with either their foot or by striking the ball with a closed fist into the goal. This awards the scoring team three points. Players can also score a single point by kicking the ball or hitting it by hand between the goal posts, above the crossbar. 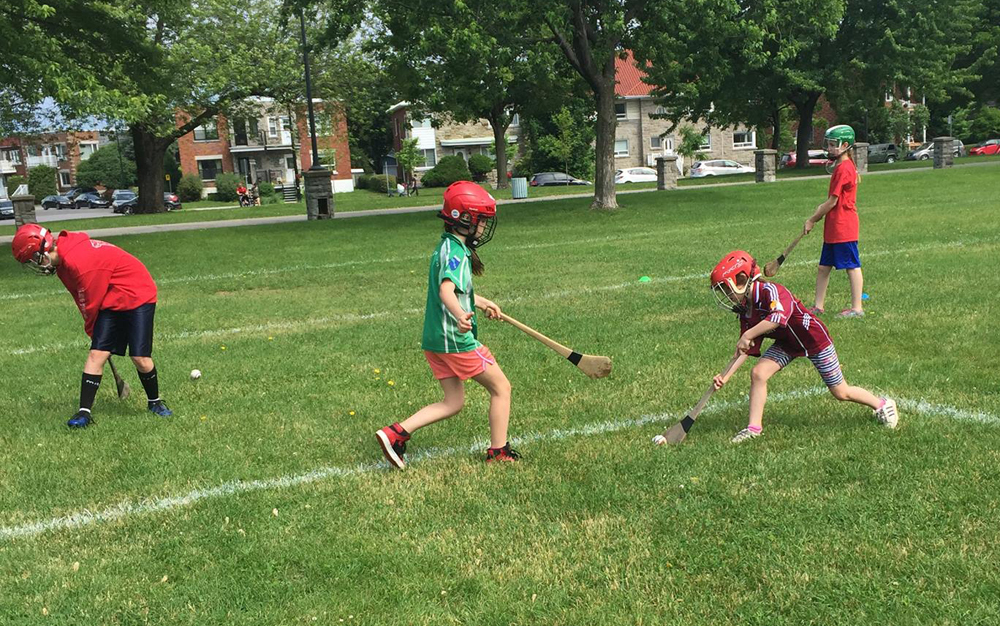 Sharing the spotlight with Gaelic football is hurling (pictured right). To Canadians, the closest approximation would be a fusion of hockey, lacrosse and baseball. Here, players use wooden sticks, known as hurleys, to strike a baseball-sized ball into the opponent’s net. Similar to Gaelic football, one point is given if a team sends the ball over the crossbar, and three points are granted if a player strikes the ball directly into the opposition’s net.

Cunningham says he is hopeful the Shamrocks will continue to expand its membership and further develop its youth and juvenile programs as the summer season approaches. In the youth program, children have the opportunity to learn about and practice both sports. According to Cunningham, these sports require dexterity, speed and teamwork, so the program creates the ideal conditions for physical development. ‘‘They’re two of the few sports that actually involve using your hands and feet together: running, jumping, change of direction, and scoring.’’

He says the price point is another advantage; it costs no more than $75 per child to play for the year. ‘‘We try to provide the equipment as much as possible,’’ he notes. ‘‘It’s a community-based sport, so the idea is that we reduce the costs for families.’’

With membership on the rise, the club is focused on expanding its program. Starting in 2014 with support from the Irish government, the club was able to purchase all the equipment to begin its first juvenile summer camp program in 2015.

For the upcoming season, Cunningham says part of the strategy will be to establish programs for children of all ages so they can stay involved from an early age all the way through to senior adult levels.

Brian Fitzpatrick is an Irish ex-pat who immigrated to Montreal from Laois County, Ireland 13 years ago. He says his 8-year-old and 10-year-old sons have been involved with the Shamrocks from the time they could kick a ball. ‘‘It’s a way of keeping them in touch with their Irish roots, and it’s a way of keeping them active and introducing them to a team sport,’’ he says.

Fitzpatrick says he is particularly impressed with the coaching. ‘‘I think the coaches are certainly a lot better than the ones I had growing up,” he said. “They help kids of all levels as opposed to just focusing on the good kids.’’

Cunningham says the summer program is scheduled to begin in June and will run for six weeks with details (venue, time and cost) to be announced in the coming weeks. Registration can be completed online, and places are limited.