Like a lot of 10-year-olds, Josh adores hockey. He’s a bright kid, does well in school and plays his favourite sport with passion. He’s also already had more than one concussion, just through the falls and accidents that can happen when kids start whizzing around the ice in hot pursuit of a puck.

In a couple of years, he’ll be in the older competitive leagues, and the game will become more physical. At the PeeWee level (ages 11 and 12), the players will learn to play with contact and checking will then be introduced at the Bantam level (ages 13 and 14).

“I think had he not suffered concussions, we wouldn’t have worried about (checking in the game),” said his mom, who didn’t want her family’s real names published. Despite the risks, they support and encourage their son’s continuing participation in the game.

“It’s hard to want to hold your child back when they love the sport and they’re good at it,” she said. “But there are these risks.”

Concussion awareness is higher now than it ever has been in all sports, but especially in hockey. And now the sport itself seems to be taking hits from all sides:

This fall, new recommendations by the Canadian Paediatric Society called for the rest of Canada to follow Quebec’s model of allowing checking only when players reach the Bantam level, at age 13 or 14, and then only in the boys’ competitive leagues.

In November, a Toronto neurosurgeon recommended changes in rules to limit body checking. The study, published in the Canadian Medical Association Journal, indicated that with sweeping body check bans, injuries could be substantially reduced.

Just before Christmas, Quebec’s Education, Recreation and Sports Minister, Marie Malavoy, announced that she wanted to start a registry of all minor hockey injuries, with a view to recommending ways to reduce them.

So, as a parent, what do you do? Locking up your kids and building a bonfire with their sticks is not an option. Do you cross your fingers and hope for the best? Do you trust Hockey Quebec when it says it’s preparing players properly for the physical side of the game? Or do you start lobbying your local hockey association to maybe delay physical contact until the kids are well into their teens?

Hockey Quebec’s program is responsive to concerns about concussions and still acts as a model to other hockey associations, says Daniel Côté, its director of communications, marketing and events. “We’ve improved training and made videos showing the right way to check a player and to have physical contact. We give lots of resources to coaches to minimize the risks.”

But the risks are still there, says Canadian Paediatric Society president-elect Andrew Lynk, a recreational hockey player himself and long-time coach. He and others question whether checking shouldn’t be pushed to even later ages, say at 15 or 16. He says that at 13 or 14, a lot of the boys are going through puberty and there can be huge variations in height and weight among players at that age, placing the smaller players much more at risk.

Interestingly, some of the biggest opposition to this suggestion comes from parents, some of whom believe that if their kids don’t learn to play a physical game, it could hurt their chances of getting a university hockey scholarship or even making the NHL.

“Sidney Crosby has been a blessing and curse for minor hockey,” Lynk said. “A blessing because he’s such a great sportsman and really raised the level of awareness about concussions. But everyone in Nova Scotia (where Lynk practices) thinks their kid will be the next Sidney Crosby,” he said. Out of more than 10,000 kids playing minor hockey, he says, only one or two might make it to the NHL.

Part of the issue is that people, whether they’re hockey officials, parents or fans, are used to seeing the game played with contact. Even if rules are tightened, there’s always the sticky issue of enforcement. Younger referees can be intimidated by belligerent coaches and parents who want their kids to play a tougher game of hockey. Some leagues do develop a reputation for encouraging a more physical game that doesn’t always follow the rules, and refereeing that lets them get away with it. 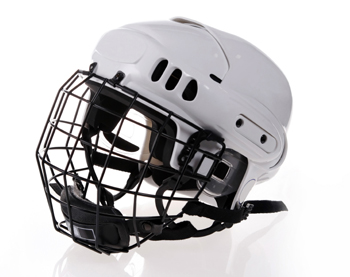 “It is a contact sport and that’s part of its beauty,” concedes Mike McGrath, a long-time coach in the Lakeshore Hockey League. “It’s physical and it’s fast.”

He stresses that it’s important for parents, coaches and associations to be aware of what’s going on in the game and, if they see rules not being enforced, they should push for improvements. “The best associations invest a lot of time on (referees) so they recognize infractions and call games properly,” McGrath said.

Paul Carson, Hockey Canada’s vice-president of hockey development, said if parents are concerned, they need to get involved in their hockey association and lobby for changes.

“There’s more discussion today than there’s ever been, more review and we need to be accountable to (players and their families),” he said.