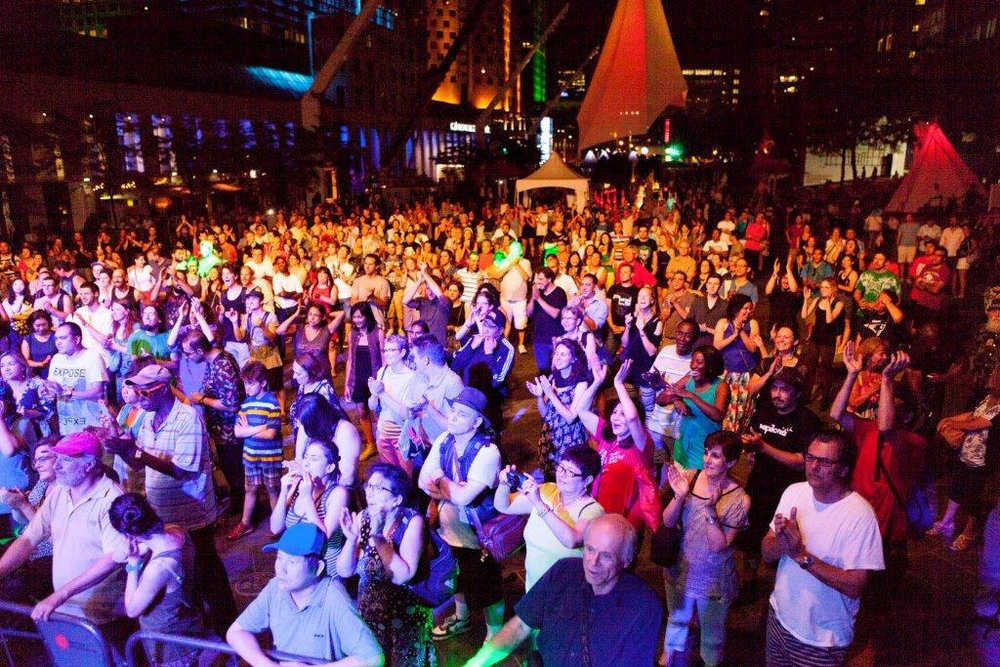 Montreal’s Quartier des Spectacles will once again transform into a hub for Indigenous art this summer. From August 2-9, the 27th annual First Peoples’ Festival will host tons of free cultural events at various indoor and outdoor spaces.

The festival aims to bring attention to the work of Indigenous artists. Indigenous youth is the focus of this year’s festival, and will be celebrated through dance, concerts, art displays and more during the week-long event.

Families will want to join in on the annual Nuestroamericana parade, which kicks off at Place des Festivals on Aug. 5. In keeping with its aboriginal roots, the parade will celebrate the presence and strength of Indigenous people across the Americas with a colourful tribute to Ataesnic, an emblematic figure also known as “the woman who fell from the sky” and “foremother of humanity.” The parade will feature live music, singing and dancing.

New this year is a three-night theatrical event for all ages. Ioskeha et Tawiscara: le grand Jeu de la creation is an interactive storytelling session that will highlight some prominent figures in First Peoples’ history.

During the festival, kids can feast their eyes on the artwork or play in the Jeux d ’eaux at the water fountains at Places des Festivals. There will also be tents set up nearby with face-painting and other games.

Most of the featured artwork will be made by Canadians but the event invites artists from around the world to display their work. The Quartier des Spectacles is bordered by Sherbrooke Sts. and Rene-Levesque Blvd. Places des Festivals is an outdoor plaza location within the Quartier on Jeanne-Mance St. between Ste. Catherine and President-Kennedy Ave.