Is homeschooling right for my family?

For several weeks last spring, my son said the same thing to me repeatedly. “Mom, I hate school. The kids say I suck.” As he repeated these words, a knot of worry, frustration, sadness and fear formed in my stomach.

It turns out my son was being bullied at school. We met with the principal and teachers. We tried coaching and role-playing. But the problem persisted. After a particularly bad week with yet more bullying, I began to contemplate homeschooling. The idea has crossed my mind before, but only fleetingly. After all, I work. And how could I possibly teach him everything he needs to know? He already knows more about science than me.  So I usually dismiss the idea and try something else – a new book on bullying, a social-skills class or another meeting with his teacher.

But this time I was seriously fed up, and so I began to research. The statistics are surprising: between 40,000 to 60,000 children in Canada are homeschooled, with the numbers climbing each year. And those kids are doing very well academically. Multiple studies, both large and small, have shown that home-educated students from Kindergarten to Grade 12 score well above their public-school counterparts in reading, writing, math and science on standardized academic tests.

Some parents keep close ties to their public school, following its curriculum with online courses, while others design their own programs, often tapping resources from the Internet. Some families even embrace ‘unschooling,’ where the children’s interests dictate the curriculum. (However, a recent study by researchers at Concordia and Mount Allison Universities found that unschooled children tested significantly lower in academic measures than students who followed a structured curriculum or were enrolled in school.)

For many of those who have tried it, homeschooling has been a positive experience. I hear many success stories from people like Tamara Hill, who believes she would have been a failure in the education system had her mother not taken her out of school and educated her at home. A gifted student, she would get bored easily and experienced repeated difficulties with the school system. At home she thrived.  “My mother began ushering me into the homeschool mind frame by setting our own schedule and teaching me how to grocery shop, pay bills, seek out bargains, balance cheque books, read college-level books, and other challenging things,” she says. “We still completed the K-12 materials, but on our own time. I enjoyed it a lot and believe it added a great deal of personal and professional qualities I could not have received anywhere else.”

So should I take the plunge and homeschool my gifted ADHD son?  I broach the subject with family members and friends. Their responses range from lukewarm to “are you out of your mind?” The most common objection is that he wouldn’t get to socialize enough with other kids.

However, Dr. Carlo Ricci, a professor of education at Nippissing University and author of The Willed Curriculum, Unschooling and Self Direction: What Do Love, Trust, Respect, Care, and Compassion Have to Do With Learning, argues these concerns are not based on fact. “The first assumption (people are) making is that school is a good place to socialize,” he says. “But in reality, positive socialization often doesn’t happen there.”

Thinking of my son’s current situation and my own high school experience, I can’t help but agree.

He adds, “The second assump­tion is that socialization is connected with same-age peers.” He explains that dealing with people of different ages in your neighbourhood and in the community is a far healthier and more natural environment for socialization.

Again, studies show that adults who were homeschooled are more socially engaged in their communities, more gainfully employed and even more likely to vote. And perhaps even happier.  One study that looked at Canadians aged 15 to 34 found that 67 per cent of those who were home-educated described themselves as happy compared with 44 per cent of those who went to school.

This was all so positive, but I couldn’t help but think that there has to be a downside. Financial reasons and time, for starters. If I’m honest with myself, would I drive myself crazy spending ALL day with my lovely, energetic son trying to facilitate his education, ensure he has all the resources he needs AND be his mother?

Beth Wilson is homeschooling three boys, aged 3, 5 and 8, and says she has days when she doubts her decision. “The house is always a mess, and the kids bicker,” she said. “I’m exhausted.” But she says it’s something she believes in. She’s proud of how much her oldest loves reading and also enjoys the learning they do on field trips to parks and museums. “For now, the good moments make it worth it.”

As for me, I’m still sitting on the fence but homeschooling has definitely become a serious option for our family. 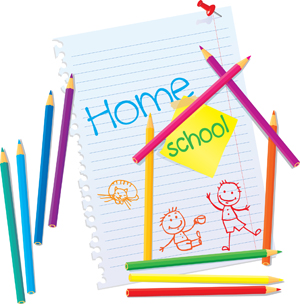 www.montrealhomelearners.ca
An online resource for families who live and learn outside the educational system. Find other homeschoolers, support groups, curricula, supplies and legal services. The association also organizes field trips, park days and parties, which are open to all home learners and their friends.

www.canadianhomeeducation.com
Resources that include books, phonics programs and curricula.

Home Field Advantage: A Guide to Choosing Teaching Methods for Your Homeschooling Champions by Skyla King-Christison
Examines different homeschooling methods and how they work for individual families.

100 Top Picks for Homeschool Curriculum by Cathy Duffy
Written from a Christian perspective, it gives ideas and resources for every subject.

The Three R’s by Ruth Beechick
A practical guide to teaching the basics in the early grades.

Thriving in the Home School: A Parent’s Guide by Donna Fawcett
A Canadian parent’s perspective that offers advice based on her own homeschooling experience.