Every year, the Irish are celebrated around the world on St. Patrick’s Day – and for very good reason. The Irish have made many meaningful contributions to the world, but none quite as monumental as their part in writing some of the greatest classics in English literature.

The Celtic custom of “craic”, which is the Irish art of storytelling and banter, has clearly translated to pen and paper, and may explain why this country has produced so many talented writers, such as Jonathan Swift, Oscar Wilde, James Joyce, and Edna O’Brien.

This tradition extends to children’s books as well, beginning with C.S. Lewis, whose Chronicles of Narnia is a defining series that continues to influence the multiple fantasy books that populate the landscape of children’s literature. Today, there are many contemporary Irish authors who are making their mark.

To celebrate St. Paddy’s Day this year, why not discover some of them with your children? Together, you may just uncover a pot of gold! 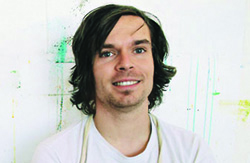 Like many Irish natives, Oliver Jeffers no longer lives in his home country, but you just have to flip through one of his colourful and quirky picture books to see that the spirit of Ireland still runs deep within him. This author and illustrator, originally from Belfast, has become one of the most popular picture-book authors today.

His first book, How to Catch a Star (ages 3 to 6), immediately put on display his remarkable talents and demonstrated that the imagination and whimsy of the Irish are still firmly instilled in him. The book is about a boy who loves the stars so much he decides he wants one for himself. After a few failed attempts to catch one from the sky, he sees one in the ocean and waits patiently on the beach until it washes ashore. It’s a sweet and gentle tale and Jeffers’ illustrations of the round-headed boy and the perfectly dark blue tint of the sky dotted with sparkling stars make the book feel magical.

This magic is present in his subsequent 10 titles, including the last one he wrote and illustrated called This Moose Belongs to Me, about a little boy and his pet moose. Children will be captivated with the idea of having a moose as a pet and again will enjoy the simple illustrations of the characters, which stand in wonderful contrast to the magnificent setting he places them in. 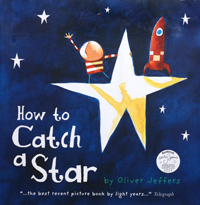 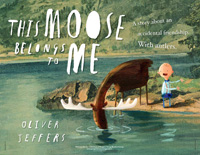 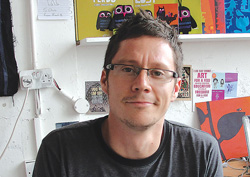 Chris Haughton is another artist who recently decided to transfer his wonderful design aesthetic to the world of children’s literature. Haughton actually takes a rather unique approach to his books by placing greater emphasis on images rather than words. But that doesn’t mean that he has completely left his Irish sensibility behind. His books delight in lots of humour even if not through many words. His picture books always feature a big-eyed animal protagonist with which readers can’t help falling in love.

In his first title, Little Owl Lost (ages 3 to 6) , an adorable baby owl gets separated from his mom. A squirrel tries to help him reunite with his mother, but will they manage to find her?

Haughton has a new book out this month featuring his characteristic bright bold colours and minimalist text. Shh, We Have a Plan is about four friends who want to catch a beautiful bird, but whose plan to catch the bird will work? Maybe, the one that no one suspects. Haughton certainly has the luck of the Irish on his side, and his star in the world of children’s books is not done rising. 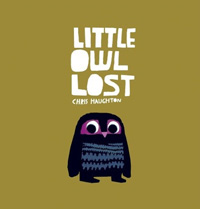 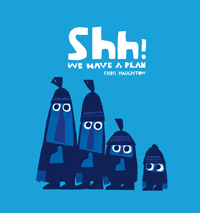 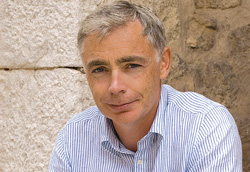 This former teacher shot to fame with his Artemis Fowl (ages 9 to 13) series. Launched in 2001, the series follows the adventures of 12-year-old prodigy and criminal mastermind Artemis. In the first book in the series, he kidnaps fairy elf cop Holly Short to ask for a ransom in an attempt to restore his family’s fortune. The fairies Artemis takes on are big foes, however, and as each side tries to outsmart the other, it leads to some highly entertaining hijacking scenes. The subsequent novels find Artemis teaming up with the fairies to take on some equally sneaky challengers. Children have easily been drawn into these novels that are part spy thriller and part Celtic fantasy.

Outside the Artemis Fowl series, Colfer has written several other titles that continue to draw on the imaginative spirit of the Irish, including the science fiction thriller The Supernaturalist and the brand new series Warp. Warp is about an orphan boy from Victorian London who unexpectedly travels through time to modern-day London where he must join forces with a young FBI agent to evade an evil illusionist who is after him. Colfer’s protagonists are often young orphan boys who display a lot of intelligence and a great deal of tenacity – characteristics not uncommon in the Irish . 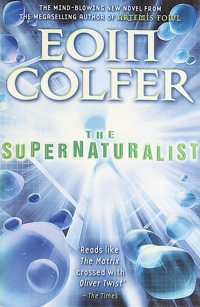 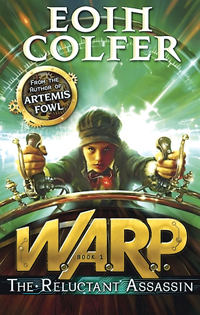 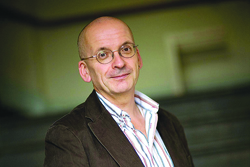 This award-winning author is best known for his novels often tinged with black humour, including The Commitments.

In 2000, he took the leap into writing for young readers with his book The Giggler Treatment (ages 9 to 12). Featuring little creatures that exact nasty revenge on adults, the book’s crude and cheeky humour easily won over young readers and led to two sequels. Doyle hasn’t completely left his literary prowess behind and his latest book for youth takes on the more serious topic of confronting death and letting go.

In A Greyhound of a Girl (ages 11 to 14), Doyle takes four generations of women on a road trip, making past, present and future collide, and showing the intricate interconnection between history, memory and mortality. Set in Dublin, the story is told mostly through lilting dialogue, bringing to life the charming Ireland that Doyle loves so dearly and the one we can’t help but embrace as well. 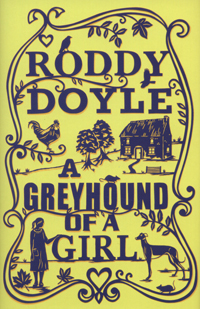 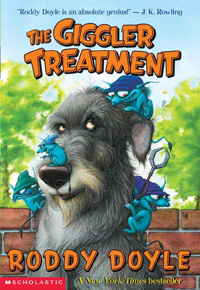