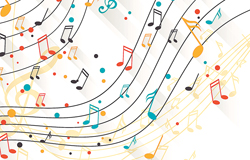 More than 50 years ago, a Japanese violinist named Shinichi Suzuki theorized that children could learn to play music the same way they learn to speak their mother tongue.

He founded a school of music based on these principles: that repetition, a lot of listening, and mimicking  adults would lead to musical adeptness the same way those actions help teach kids how to speak.

“When students are surrounded by a rich musical environment, they naturally internalize it and become musicians themselves,” says Ellen Kogut, a Montreal-area violin instructor and president of Suzuki Musique Montreal, the local chapter of the Suzuki Association of the Americas.

This absorption is done in several ways: by encouraging children to listen to music every day, a lot of play-back with instructors – who would ideally offer the child a mix of individual and group lessons – and by involving the child’s parents in the learning process.

Myrtis Fossey, a Montreal-area mother, has three sons, ages 10, 8 and 6, who have been taking lessons from Suzuki-trained instructors for the last five years. When she originally researched music instruction for her kids, it was the Suzuki method’s element of parental involvement that attracted her the most.

As a licensed psychologist, the reasoning behind the philosophy made sense to her. “By making the parent learn, we tap into a child’s instinctive desire to mimic his or her parents,” she said. “This method makes use of their natural instincts, abilities and desires.”

In order to participate in her sons’ musical education, Fossey found herself learning a little bit of the piano, violin and cello right along with her sons. Early on, it was a way to motivate them, play with them, and encourage them to learn. Now, she says, their skills have long ago surpassed her own.

“I’ve found it to be a very fun, very natural way to learn,” she says.

Suzuki lessons in Montreal are available for the piano, violin, viola, cello and flute for children as young as 3. In the beginning, Kogut says, the focus is on developing good aural skills: listening to notes, learning to play them back to an instructor, and getting comfortable with the instrument. She says that students are taught to produce a high-quality sound early on, and that Suzuki students are renowned for being able to play music by ear.

Reading music is introduced slightly later than in some other musical schools, and it is done gradually, through games at first.

Outside of class, in addition to practising with the help of their parents (whom Kogut describes as the child’s “second instructors”), students are invited to take advantage of Montreal’s musical scene by attending performances or listening to great music.

One of the important distinctions Kogut makes between the Suzuki philosophy and other schools of thought is that Suzuki instructors don’t really believe in “talent.”

“We believe that with the right learning environment, every child has the ability to play at a high level,” she says. “Every child has music in them.”