How to choose safe baby bottles

As new parents know, there’s never any shortage of things to worry about when it comes to a baby, be it about feeding, sleeping or safety. So naturally parents are worried about recent reports that a chemical used to make hard plastic (polycarbonate) bottles and cups may be harmful to young children. 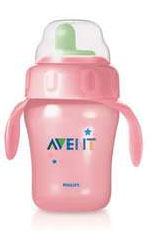 In fact, the Canadian government is considering a ban on plastic baby bottles that contain bisphenol A (BPA). This chemical is used to make polycarbonate containers and is found in the linings of tin cans (such as those used for liquid infant formula), dental fillings and many consumer products such as CDs and electronic equipment. Polycarbonate bottles can be identified by the #7 in the triangular recycling logo on the bottom along with the letters “PC.”

A risk assessment study of BPA by the federal government shows low levels of exposure in early life can affect neural development and behaviour in lab animals. The government has been careful to note that its findings show that BPA exposure in humans is only an issue for newborns and infants up to 18 months.

One of the main sources of exposure for babies is from adding hot liquids to polycarbonate plastic baby bottles. The heat causes the BPA to be leached out of the plastic. Therefore, parents are advised to choose glass bottles, disposable plastic liners for bottles or non-polycarbonate bottles. 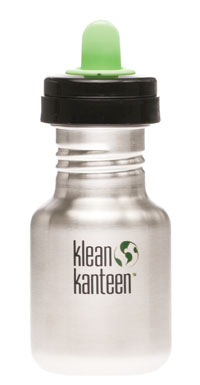 While the ban isn’t yet official (it will probably pass in October), many Montreal area stores have already removed bottles made with BPA from their shelves. Instead, they are offering glass bottles, such as those made by Wee-go, Dr. Brown’s, BornFree, and Evenflo. Also available are bottles or sippy cups made with safer plastics (polypropylene #5 is one kind,) made by GrowPure, Thinkbaby, Green to Grow, and Medela brands. Stainless steel sippy cups made by Safe Sippy, Klean Kanteen, and Thermos Foogo brands are options that are growing in popularity due to their safety and sturdiness.

Parents who, for one reason or another, cannot replace their polycarbonate bottles with something else, can take certain precautions to reduce their child’s exposure to BPA. Heat liquids such as formula in a non-polycarbonate container and allow it to cool before transferring to the bottles. According to the government’s recommendations, polycarbonate bottles can be washed in the dishwasher, but must be allowed to cool before use. However, Environmental Defence (a Toronto-based research and education organization) is saying parents shouldn’t put these bottles in the dishwasher as it can cause the plastic to degrade over time, releasing greater amounts of BPA. They recommend the use of warm water and soap for cleaning.

Another source of exposure for infants is through canned infant formula because the BPA in the can lining leaches into the liquid. Breastfeeding is considered the best way to feed an infant, but if not breastfeeding, use powdered formula instead of liquid. 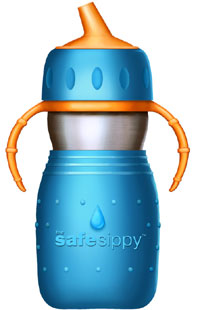 Keeping kids safe and healthy is top priority for parents. Armed with some knowledge and willingness to ask questions, families should be able to find bottles and sippy cups that don’t put their children’s health at risk.

Where to find BPA-free products

We’ve provided a list of Montreal-area stores that only carry BPA-free products. Since the government announced its proposed ban, stocks in some stores are low or on back-order, so call ahead to be sure they have what you need.

or check out these two Montreal-based websites:

Some companies make bottles that contain BPA as well as some that don’t. The following products are BPA-free: