Holy ship, it was crowded! 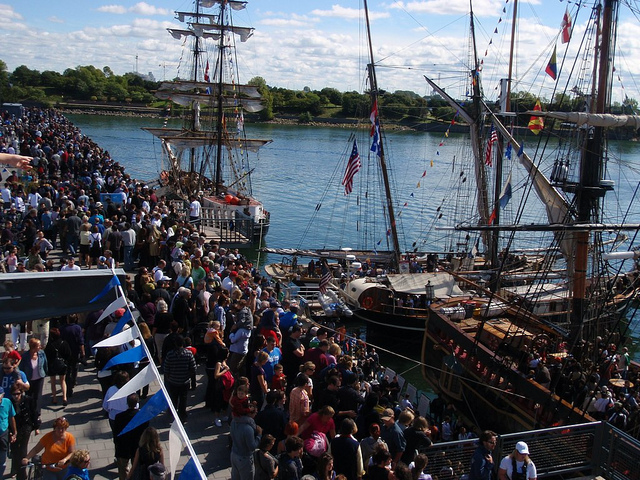 Did anyone else attempt to take their kids to see the tall ships at the Old Port this weekend? I know some of you did, because it was stroller central there on Sunday. Too bad there was not only a long, winding lineup for tickets to tour the ships, but  also (we were told) an hours-long lineup to actually get on them.

The event’s “maritime village” had some tents offering kids’ activities like sail painting and face-painting, which is a great idea, but all were densely populated during our visit. The task of not losing our kids became stressful, there was a bit of husband-wife swashbuckling, and after two people almost tripped over our 3-year-old, we ran aground.

Ice cream at 11:30 a.m. it is! We ran into some equally-frazzled parents at the on-site ice cream stand, and ended up heading out of the fray, over to the small playground that’s near the Shed 16 Labyrinth. It was also crowded, but at least there was no fear of anyone getting lost or trampled. 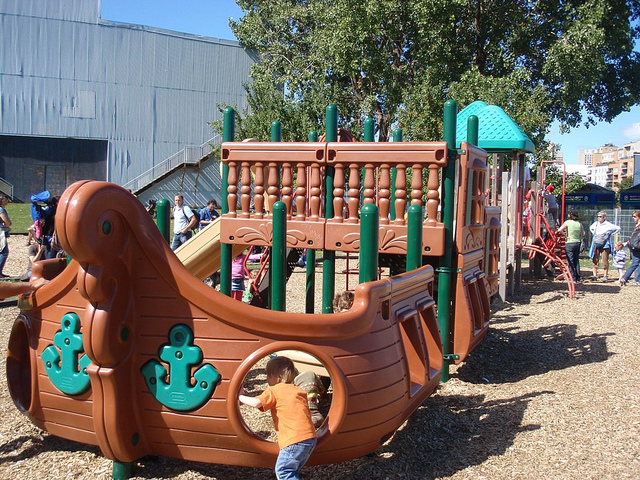 The ships we got the best look at were these cute remote-control sailboats near the playground. 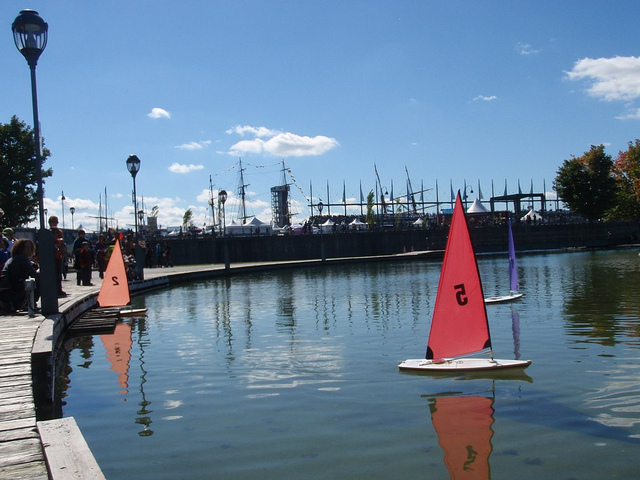 Note to the event organizers: Next time, how about an express line to one of the ships for families or, at least for those dedicated kids who come all dressed up in their pirate costumes? They’re the real fans.

Did you get to tour the tall ships this weekend? What did we miss?