A recent animated video produced by Greenpeace shows a young orangutan taking over the bedroom of a young girl, swinging from the plants and throwing around her stuffed animals. When the girl asks why he’s in her room, the orangutan gets teary-eyed and explains that there were humans in his bedroom (the forest), and they were destroying everything around. We soon learn

that this destruction is to make way for palm oil plantations. Palm oil is found in everyday items such as toothpaste, Nutella and soap, and is threatening the very existence of orangutans by razing the forests they live in. The video makes a powerful and emotional link between our own day-to-day lives and the impact we have on the environment and animal species. More and more, we need children to understand that all living species are interconnected and we need to protect animals and their habitats before it is too late. Here are some books that will deepen children’s appreciation of animals. 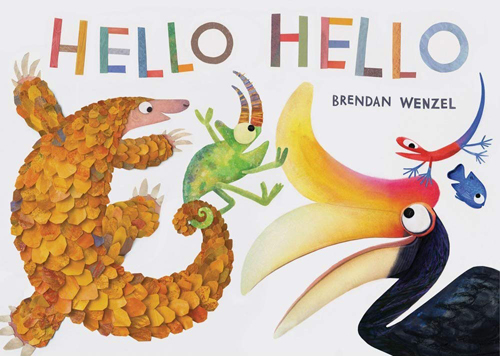 This deceptively simple picture book takes readers by surprise with its sophisticated content. The book features more than 40 threatened species that are presented in ways to teach kids about concepts such as colour, shape, and pattern, while also familiarizing them with the names and level of endangerment of each beautiful creature. Each two-page spread invites readers to say hello to animals such as tigers, leopards, lemurs and parrots, and identify the common trait that links them. The pages become increasingly crowded with the many animals that inhabit our planet. The wide-eyed and brightly illustrated animals are the stars of the book, and their lovable and friendly faces endear them to readers. In the closing pages, the author highlights the connection between humans and animals by introducing a person who simply asks: Where to begin? These simple words will hopefully compel young readers to begin to think about what they can do to save animals from extinction. 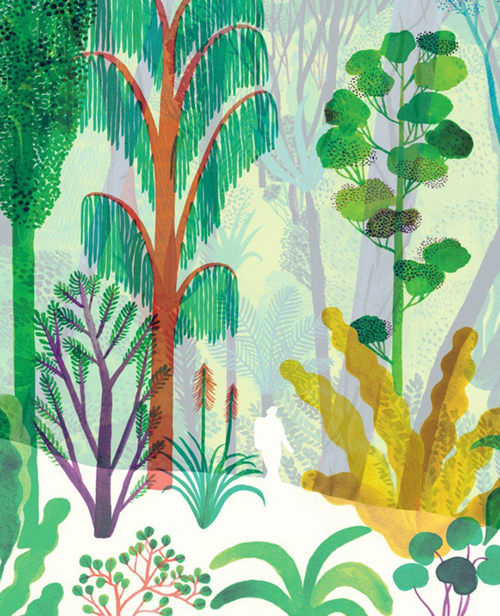 There may be no better way to convey the preciousness of nature than with this book, which itself feels like a treasure. Even the cover, which has no title or text, allows the beauty of the forest to be the main focus. Inside, readers are invited to join a group of explorers who are on a journey through an ancient forest. Short poetic verses incite readers to move further and further through the trees and encounter wildlife along the way. The forest and the adventures that the explorers encounter serves as an allegory for the cycle of life, expressing that ultimately nature will always be more powerful than humankind. The artful illustrations by Violeta Lopiz and Valerio Vidali include die-cuts, embossing and cutouts, creating an exceptional tactical experience that will hopefully encourage readers to want to go out and discover nature in the same way. 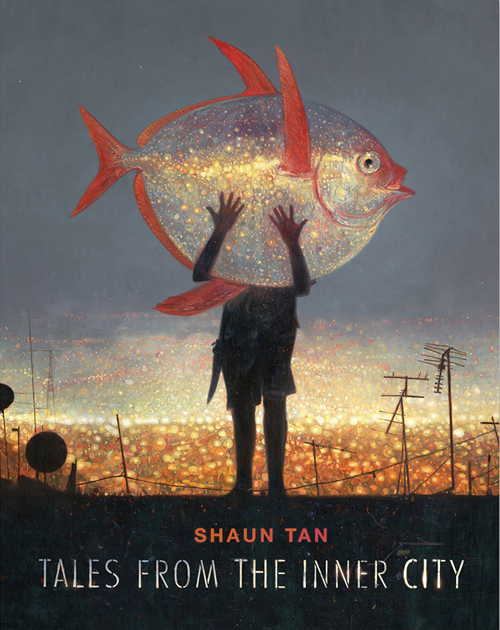 This is the latest enigmatic and enthralling book by Australian children’s author and illustrator Shaun Tan. In this book, Tan dwells on the reality that animals are often displaced and threatened by urbanization, and imagines what would happen if the animals came back. They would be confronted by skyscrapers and large boulevards, tunnels of sewers and numerous buildings filled with floors of computers and cubicles. In one story, a group of crocodiles has taken up residence on the 87th floor of a building. They have swamp sounds filtered in through the vents to remind them of their habitat. In another, a swarm of butterflies descend upon the city. The story describes the moment of breathtaking beauty and connection with nature that the city-dwellers experience before panic sets in as they wonder why the butterflies have arrived. The stories are slightly abstract but combined with Tan’s surrealist sketches; they open the imagination as to how human behaviours and lifestyles impact the lives of animals. It leaves readers with the unsettling question of where animals will eventually make their home as they continue to be forced from their habitats. 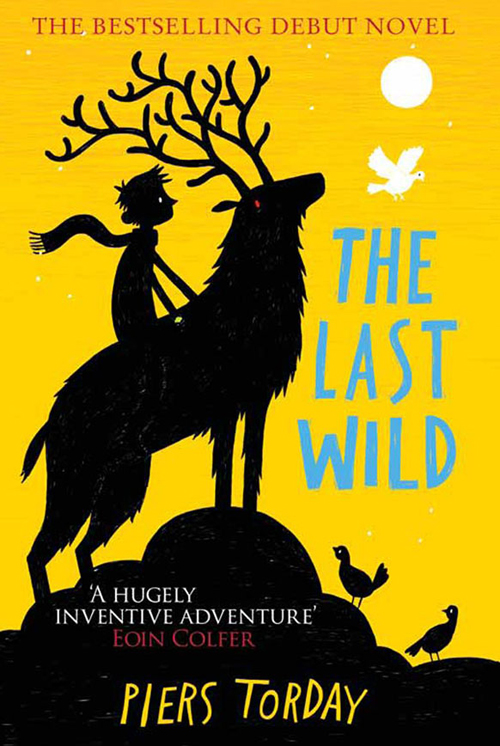 This is the first book in a trilogy set in a future where there are hardly any more animals. The main character is Kester Jaynes, a 12-year-old boy who is in a detention centre for troubled children. For most of his life he has felt alone and isolated, and made to believe that there is something wrong with him. When a huge flock of pigeons and a cockroach break him out of the centre, he discovers that he can communicate with animals. They transport him to the area where the last surviving animals live and an elder stag asks for his help. Together, they begin an adventure where they are joined by a cast of characters, including a wolf cub, a mouse and a girl named Polly. The loneliness of Kester is reminiscent of other classic characters found in books from Charles Dickens to Roald Dahl, but here Kester finds solace with the disappearing animals. The personification of the animals not only creates a deep attachment for Kester but for the reader as well, who will become invested in the fate of these creatures.