Young techies are invited to share their innovative ideas and love of engineering during the sixth annual Festival de la Robotique.

Organized by FIRST (For Inspiration and Recognition of Science and Technology) Quebec, an organization devoted to teaching young people about engineering, the March 23 to 25 festival for children aged 6 to 18 combines entrepreneurship, science, and problem-solving.

Participants are sorted by age into one of three leagues, each with its own format and special challenges: a junior Lego league for ages 6 to 10, a Lego league for ages 9 to 14, and a Robotics competition for teens 14 to 18. Most of the teams are made up of students from the same school, but some are community-based teams, says FIRST Quebec’s Regional Director Martin Regimbald.

In the fall, participants in the junior league were asked to research issues relating to animal welfare or the environment, and to come up with solutions. Instead of a competition, Regimbald says the junior league will be showcased as an exhibition and participants will present their projects with the help of a model made of Lego blocks.

For teams of older kids and teens registered in the Lego League, the festival serves as more of a trial run before a competition the following week to qualify for the international championship. 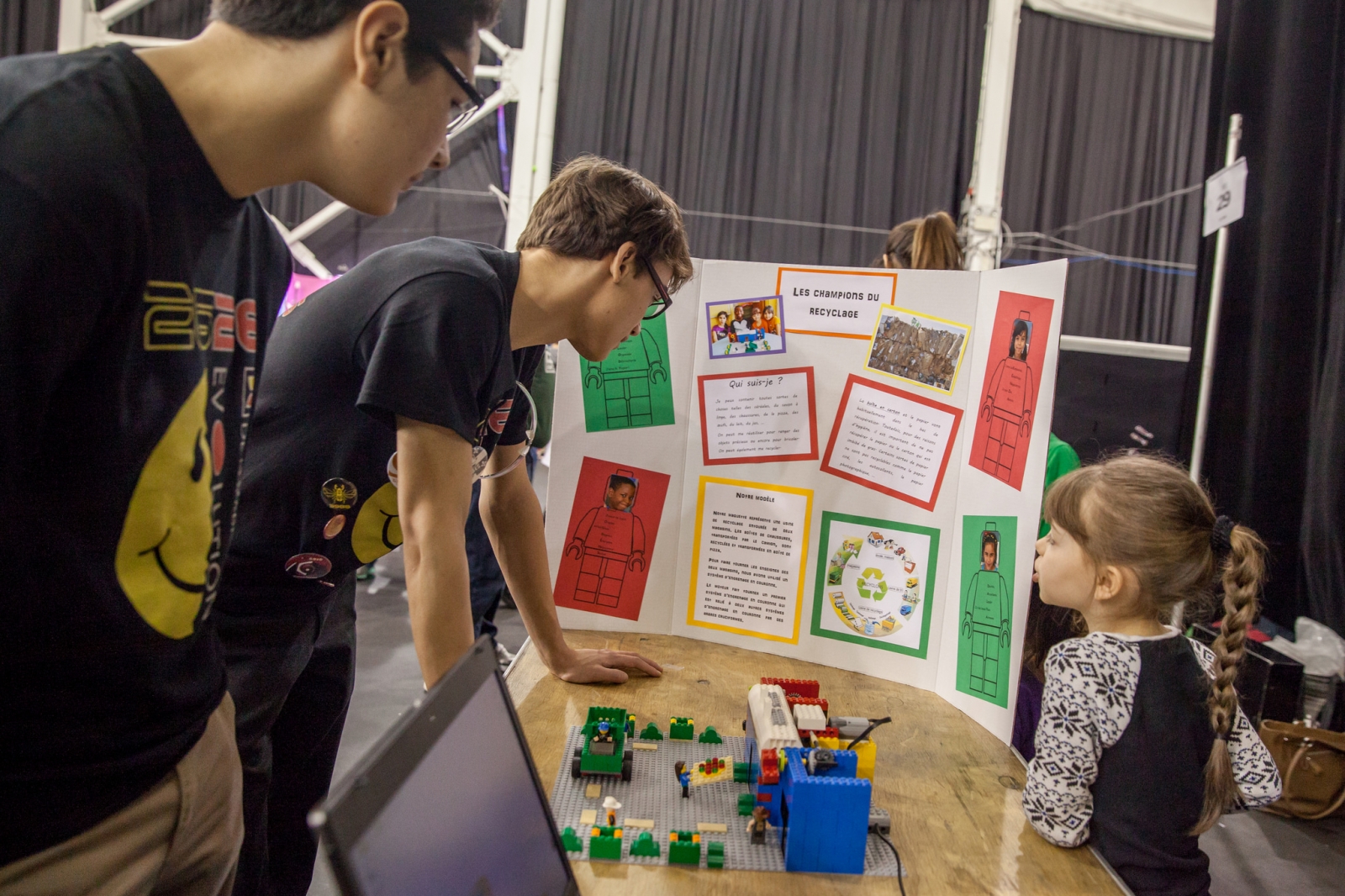 In the Lego League competition, participants complete a series of three tasks. First, there is a game where teams create a robot using programmable Lego Mindstorms blocks. Next is an informative exhibition where teams will present an issue relating to animal welfare along with solutions using a scientific method. The third component is an interactive game where they can demonstrate teamwork, creativity and respectful sportsmanship.

At the engineering-focused FIRST Robotics competition, teenagers from Canada, France, Morocco and the United States will show off robots capable of shooting, collecting, and moving pieces around a playing field. Teams had six weeks to build their robots prior to the competition. While some members worked on physically building the robot, others used their skills to come up with a fundraising plan for resources and materials. Seven teams will qualify at the festival and head to St. Louis, Missouri for the international FIRST Robotics Championship.

FIRST helps each team find mentors or specialists in fields related to science, technology, engineering, logistics and programming to oversee and help students with their projects. Regimbald says the goal of the festival is to bring young people closer to the world of science and to help foster a sense of innovation through technology. Awards will be distributed based on sportsmanship and creativity.

Friends and family are invited to view the exhibitions and competitions from 9 a.m. until 4 p.m. free of charge. This year, the event will take place at the Complexe Sportif Claude-Robillard.