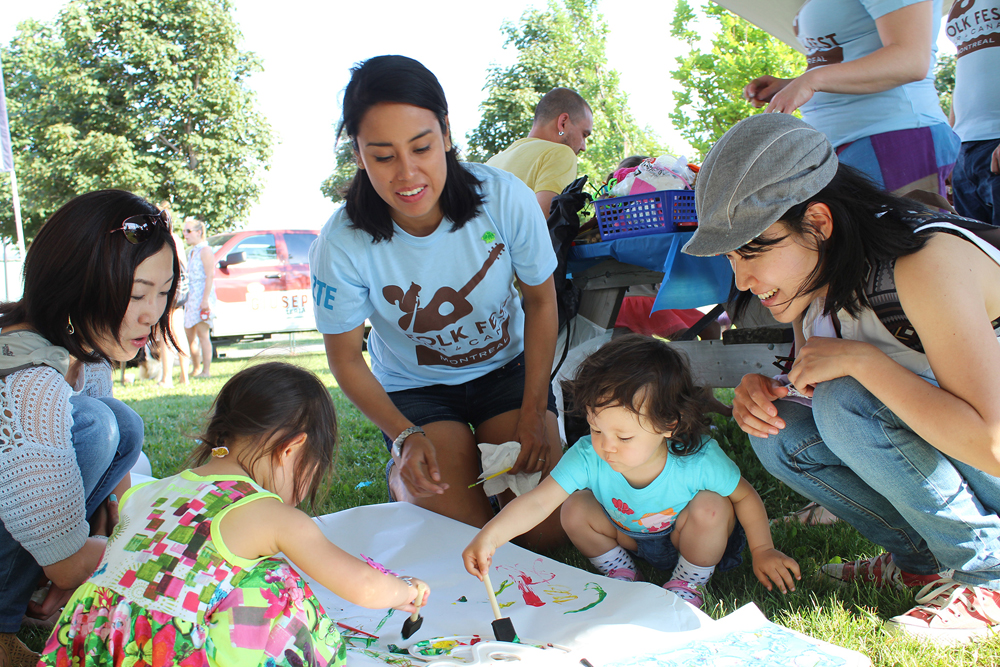 The 10th annual Folk Fest Sur le Canal returns June 14 to 18 this year with a lineup of free family-friendly musical performances on the Lachine Canal, along with dancing, food and activities for children.

“One of the main tenets of the folk fest has always been providing family-friendly and community-friendly programs,” said festival organizer Matt Large. “It was something we wanted the folk fest to be known for.”

This year’s headliner is platinum-selling Canadian singer-songwriter and Juno nominee Sarah Harmer, known for her songs Basement Apartment, Almost, and Captive. “We’re so stoked to finally have her with us,” Large said.

For the first time, the event will also feature a folk song sing-along, led by the Yellow Door Troubadours. “It’s one of the things the folkies in our community have been asking for every year,” Large said.

On Friday, an old-time community square dance will be held and on Saturday there will be a traditional Quebecois dance. Large said families are welcome to bring their own food to the event, but noted that there will be at least seven food trucks on site. “We try to book super healthy, super tasty and not too expensive options,” he said.

Admission to all but two of the concerts is by donation. Both paid events are tribute concerts to renowned folk musicians. On Thursday evening at 8 p.m., musicians from across the country will show their love and respect for late singer/songwriter Penny Lang at the Maison de la culture Marie-Uguay (6052 Monk Blvd.). Meanwhile, across the street at the Paradoxe Theatre (5959 Monk Blvd.), some of Montreal’s finest folk and country musicians will perform classic Willie Nelson tunes. Tickets for these concerts are $23 each.

There are also VIP passes available for purchase, offering a guaranteed spot in the shaded VIP area, snacks and other perks for $40 per day or $100 for a weekend pass.

The Folk Fest sur le canal will be held at the Centennial Esplanade, 3659 St. Patrick St. The family zone, with crafts, face painting, bouncy castles, games and children’s performers, will be open Friday from 4:30 p.m. to 7 p.m. and Saturday and Sunday from 2 p.m. to 7 p.m. For more information on the festival, including the full concert schedule, visit montrealfolkfestival.com.