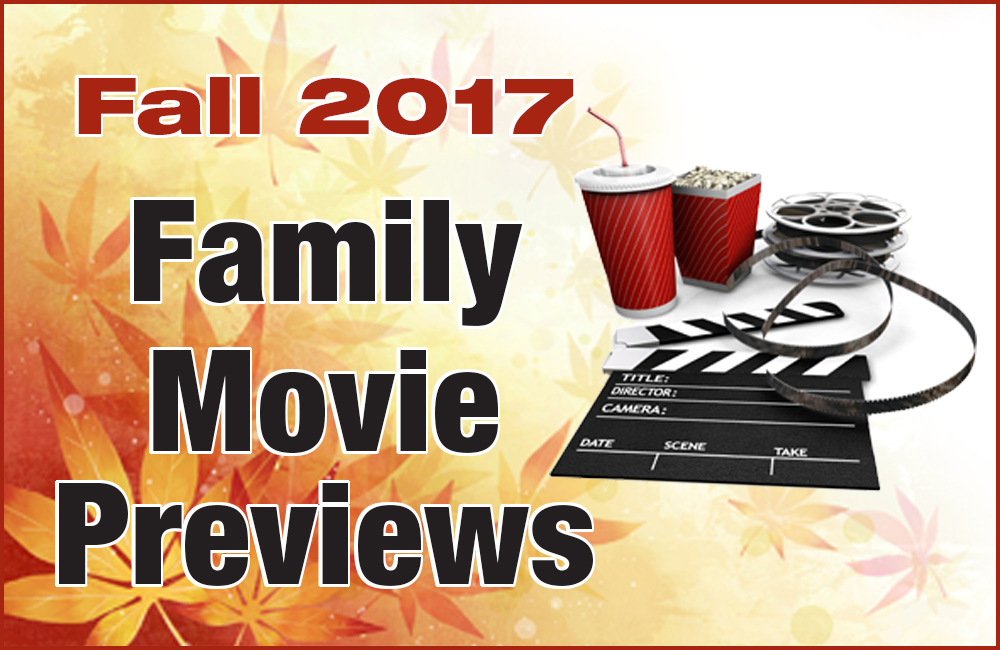 With the days getting shorter and colder, and fewer opportunities to spend afternoons and evenings outdoors, Montreal Families has your guide for upcoming releases coming to theatres in the fall of 2017. As well, we’ve accompanied our entries with preliminary comments from Common Sense Media, a non-profit independent organization that rates and reviews popular movies, books, apps and games based on their family friendliness. For more in-depth reviews, check back closer to the films’ release date at commonsensemedia.org

Following the popular films, The Lego Movie (2014) and The Lego Batman Movie (2017), a new 3D computer-animated Lego action movie will hit the big screens this fall. Follow six teenagers as they train with an old master to become ninja heroes so that they can protect the land of Ninjago from an evil warlord trying to conquer it.

October 6 – My Little Pony: The Movie

Based on the popular TV series, My Little Pony, this animated musical fantasy film sees Twilight Sparkle and all her pony friends on a challenging journey to save Ponyville. Along the way, they meet many new friends and must overcome obstacles.

Common Sense Media says: “The My Little Pony franchise is known for being kid-friendly and full of messages about friendship and teamwork, so expect the same here.”

Read the full My Little Pony: The Movie Review here on opening day.

​Based on the 2011 novel, Wonderstruck by Brian Selznick, this film tells a merging story about two young kids who run away to New York City 50 years apart.

Common Sense Media says: “Although this looks like a visually impressive film that will appeal to adults and kids alike, it could be too intense for sensitive/young viewers.”

This story is based on the New York Times bestselling book, Wonder by R.J. Palacia, and tells the story of a young boy, August Pullman, who was born with facial differences and has spent much of his young life in and out of hospitals. For the first time in his life, August will enter fifth grade in a mainstream private school.

Common Sense Media says: “With depictions of bullying as well as emotional moments involving Auggie’s beloved dog, this movie might be too intense for younger kids, but it looks age-appropriate for tweens and teens and may even encourage them to pick up the book.”

This Disney/Pixar 3D computer-animated film, inspired by the Mexican folklore of “Dia de los Muertos”, tells the story of Miguel, a young boy who has grown up with a ban on music but who dreams of becoming a musician. Follow Miguel on a journey to the Land of the Dead where he meets a new friend, Hector, who helps Miguel understand the history of his family’s music ban.

Common Sense Media Says: “expect a lot of violence that may be too intense for younger kids, but also great role models and an action-packed adventure that tweens and teens will love.”

This 3D computer-animated film is based on the book The Story of Ferdinand by Munro Leaf and tells the story of Ferdinand, a non-violent bull who prefers stopping to smell the roses than fighting matadors in the bullring. When he finds himself in the arena for the annual bull fight, he must make a choice to earn his freedom.

Common Sense Media says: “The bright, colourful animation goes far beyond the book’s ink illustrations, and it’s safe to expect lots more slapstick and some rude humour. But overall this looks like a sweet, funny movie that kids and families will enjoy.”

December 20 – Jumanji: Welcome to the Jungle

Following the popular 1995 film, Jumanji, follow the epic jungle adventure of four teenagers who find a video game version of the original game while cleaning out the school’s basement. When they inadvertently set the game in motion, each teen becomes their avatar and the only way to return to real life is to finish the game.

Common Sense Media says: “The original movie had a dark, scary vibe, but this sequel seems to put a bigger emphasis on the action and humour.”

Read the full Jumanji: Welcome to the Jungle Review here on opening day.