Books give us the opportunity to enter into the lives of others and experience what it might be like to walk in their shoes. Through stories, readers are transported to realities far beyond their own, often coming to understand difficult, harsh or unsettling situations such as the life of a soldier, the survivor of genocide or the experience of a slave.

When well written, these stories can leave a lasting impression on young people. They can challenge our perspectives about what life is, what it should be and the role we want to play in it. This can be particularly eye opening for children who tend to see things mainly from their own perspective.

Here are two new novels that will help children begin to look outward by linking them to children whose lives are incredibly different from their own, yet whose dreams, aspirations and hopes are not so different. 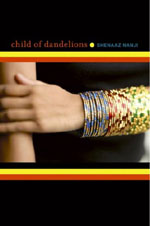 Set in Uganda in 1972, during the brutal dictatorship of Idi Amin, this novel tells the story of Sabine, a young woman who does not look like the majority of her peers because she is of Indian descent. Her family is part of the small yet prosperous Indian community that immigrated to Uganda during Britain’s colonial rule of the country. Favoured by the British over the local population, the Indian community came to control many of the country’s economic activities, creating resentment among the local population, especially as the push towards independence began to gain momentum. When Amin came to power, he launched a campaign to rid the country of all people of Indian descent, giving them 90 days to leave regardless of their citizenship status.

Sabine, like many teenagers, has been focused on her own world and has blissfully ignored the tensions and inequalities around her. As the rhetoric from Amin against Indians intensifies, Sabine sees her life and beliefs flipped upside down and terror begins to take over her life. Her friendships change or end, her uncle disappears and her home is ransacked by soldiers.

The novel is not only about the harrowing experiences of Sabine and her family as they come to the awful realization that they are no longer safe in their country but also about Sabine’s personal awakening as she is confronted by prejudice and social inequalities. She begins to see how her own community has often held negative views towards the local population and has stayed separated from it. But she also knows that her family, like many others, has long valued the culture and beauty of the country and love it as much as those who claim it as their own.

Sabine is in the midst of developing a critical mind, while at the same time still reacting to the injustice imposed on her. As Sabine matures, readers come to understand her dilemmas and fears and share in her struggle for identity and a sense of belonging.

This novel’s title refers to a young boy with adult problems. Libertad spends his days picking through garbage on the outskirts of Guatemala looking for scraps to sell for recycling. At the end of each day, Libertad, along with his brother and mother, have barely culled enough money together to buy food. But this special boy has bigger hopes for his younger brother and manages to get help from a charitable organization so that he can attend school. Libertad continues to toil away at the dump with his mother until an accident kills her and he must decide how best to care for himself and his brother. They set off on a journey together to try to walk to America to be reunited with their father who left the family years earlier to find work.

It may seem hard to believe that children could grow up in such dire circumstances, but it is a phenomenon that stretches through many developing countries where children are not offered the same opportunities as they are here. It makes for a tragic yet incredible story of survival. When Libertad finds a small marimba (an instrument with wooden bars played with small mallets), he clings to the instrument, finding freedom and happiness in the music he can create. It is these simple pleasures in life that keep him optimistic and determined to find his father. His journey is an arduous one, but it is the only option he has for the possibility of a better life for him and his brother. Told entirely in short expressive poems that perfectly capture Libertad’s young perspective and the limitations of his world, the stories harshness is softened by this lyrical essence that conveys the way children have the incredible capacity to see life through eyes of innocence.

By the end, readers will come to appreciate the importance of keeping one’s sprits and dreams alive despite the difficulties faced on a particular path.