This event occurs daily, every 1 days(s) 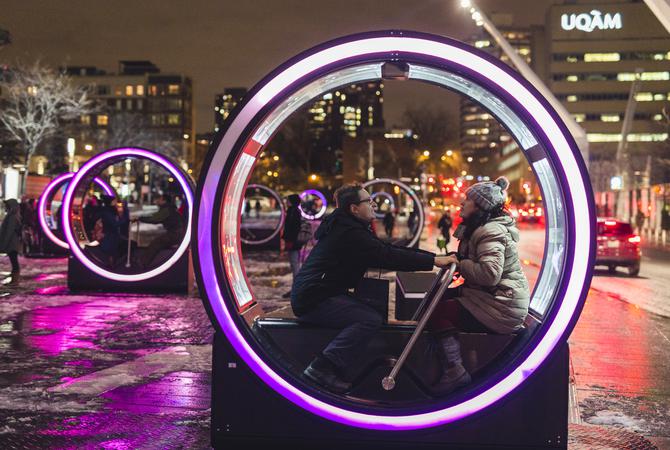 For its 11th edition, Luminothérapie presents LOOP - a new visual design that celebrates Quebec literature. When activated by visitors’ muscle power, the 12 giant zoetropes in this installation display short animations inspired by fairy tales, with a music-box soundtrack. Each colourfully illuminated cylinder features a mini-story to spark the imagination of kids and adults alike. The projections feature characters and evocations of the mysterious settings of fairy tales, as well as a series of images representing the looping nature of zoetrope movies.