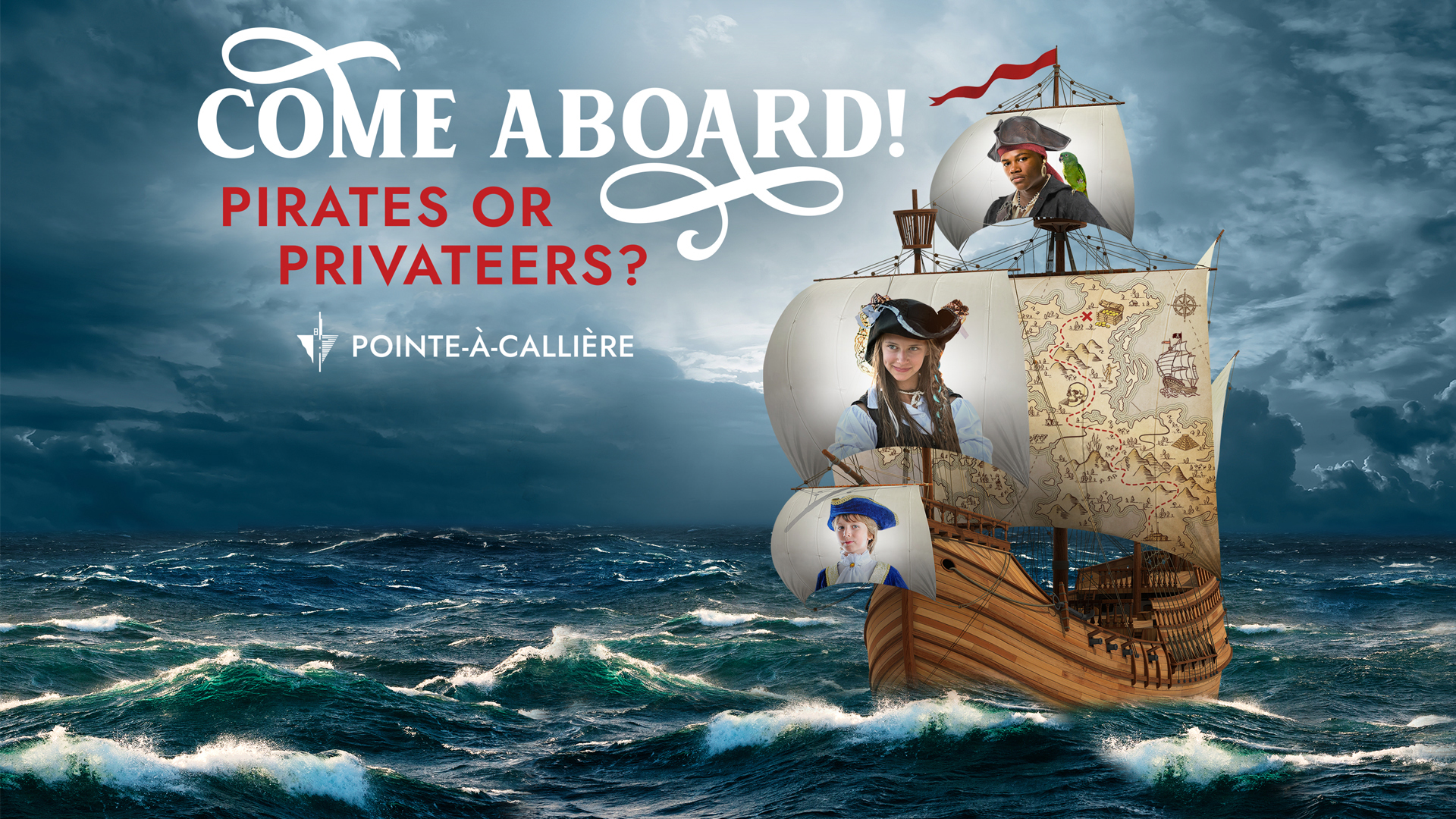 Have you got what it takes to be a pirate or a privateer? Pointe-à-Callière is requesting that all shipmates now board the good ship D’Iberville to embark on an immersive and interactive seafaring adventure taking place in the days of New France! Entirely updated and improved, Pointe-à-Callière’s new family exhibition offers a glimpse into the world of the ship’s captain, Pierre Le Moyne d’Iberville, Canada’s most renowned privateer, and a chance to relive his journeys along the St. Lawrence River. Guided by Coco, a mischievous parrot, youngsters will have an opportunity to climb aboard the ship and learn about the lives of pirates and privateers—what they ate, the maritime manoeuvres they had to know to captain a ship, the punishments to which they were subjected, and their personal hygiene… which could be quite limited! Children will get an idea of the odors emanating during long, hard journeys at sea… and will even chase the vessel’s rats in a truly entertaining game. Bringing to life the context of the Franco-British conflict at the turn of the 18th century, a naval battle game will allow young sailors to face up to the enemy in the Gulf of St. Lawrence and along the Atlantic coastline. They will also get to know such renowned pirates and privateers as Blackbeard (Edward Thatch), Calico Jack (John Rackham), Black Bart (Bartholomew Roberts), and Mary Read, one of history’s most famous female pirates! They can watch as their faces are transformed into those of their favourite pirates or privateers in a free photobooth… with an electronic photo to keep as a souvenir! The exhibition features several objects relating to the maritime world, including navigation instruments, ship models, tools, weapons... and, of course, the spoils that these masters of pillaging brought back upon their return from the seas! Come Aboard! Pirates or Privateers?: a new and not-to-be-missed interactive experience for adventurers between the ages of 5 and 12 who want to test their physical and intellectual skills, find their sea legs, and learn if they’ve got what it takes to be privateers!
Come Aboard! Pirates or Privateers? is a self-guided exhibition for the general public and families. Health and safety measures have been implemented to ensure a safe exhibition environment.