Pointe-à-Callière’s Public Market is back this year for a 29th edition, taking place entirely in person! This incredible re-enactment, recreating the atmosphere of a market day in Montréal under the French Regime, is brought to life by an array of authentic historical figures that once frequented the site, as well as artists and musicians. On the street that runs alongside the Museum, as well as on Place Royale and Place D’Youville, stroll through the merchants’ and artisans’ stalls, learn about traditional Indigenous know-how and trades of the past, and take part in activities on the theme of navigation in New France—all taking place in a festive ambience that will whisk you back to the 18th century, in the heart of Old Montréal!

Explore trades of the past

At Montréal’s very first marketplace, Indigenous and French people would meet to buy and sell products or share the latest news. Learn about the know-how of Anishinaabe, Abenaki, Mi’kmaq, Naskapi, and Kanyen’kehà:ka artisans who continue to pass down ancient living traditions from one generation to the next. See demonstrations of leather tanning, cooking, ancestral hunting techniques, and basketwork, as well as the making of moccasins, cradleboards, and dreamcatchers.

Games and workshops on navigation, for young and old

In the days of New France, navigation was of paramount importance for the transportation of goods and voyageurs to the market, either across the Atlantic or along the St. Lawrence. Take part in a rally on the theme of navigation taking place throughout the Market, learn how to make sailors’ knots from some privateers, or defend your position in a giant naval battle game!

Noblemen, peasants, musicians, villagers, sailors, soldiers… a whole cast of characters would frequent the market under the French Regime. Did you know that the market was also host to a military camp? See parades and firing exercises, enjoy musical performances on early instruments, and meet Gilles Hocquart (1729-1749), the intendant of New France, Louise de Ramezay (1705-1776), and Charles Le Moyne de Longueuil (1656-1729)! 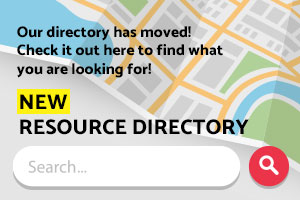