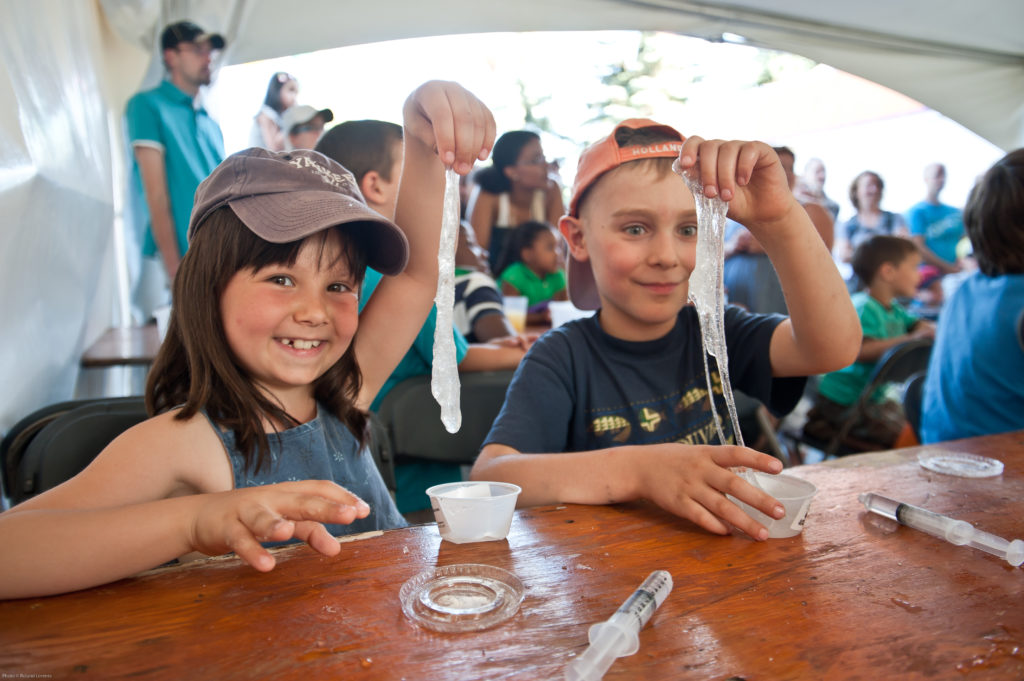 Eureka is an emotive word used to denote an invention or discovery, which is why the Eureka! Festival is so aptly named.

From June 8 to 10, this festival offers inquisitive minds of all ages the opportunity to get up close and personal with celebrity scientists, take part in interactive workshops and watch dazzling theatrics.

For its 12th edition, the festival will be all about robots. Come learn about the future of artificial intelligence, robotics, and automation through conferences, games, and demonstrations.

Trivia fans are invited to join Stéphane Bellavance and Martin Carli, the hosts of the popular French quiz game Genial! who will be performing live at the festival on June 9. The free show will feature experiments, dazzling demonstrations, and fun for the whole family.

There are five “zones” at the festival: technology, aerospace, human, nature, and engineering. At the technology zone, you can sip on a fresh glass of lemonade served by Sara the robot, an automatic waiter.

Visitors can watch a number of experiments performed by prominent scientists; other highlights include daily shows by Yannick Bergeron, chemist and experiment creator for the magazine Les Debrouillards

The festival will take place at the Montreal Science Centre in the Old Port.

Admission is free and visitors can expect more than 100 activities. For more information, visit festivaleureka.ca.

Check out the Eureka! Festival video below and see what kind of fun the kids can enjoy.

This article was originally published May, 2015 and has been updated as of June, 2018.