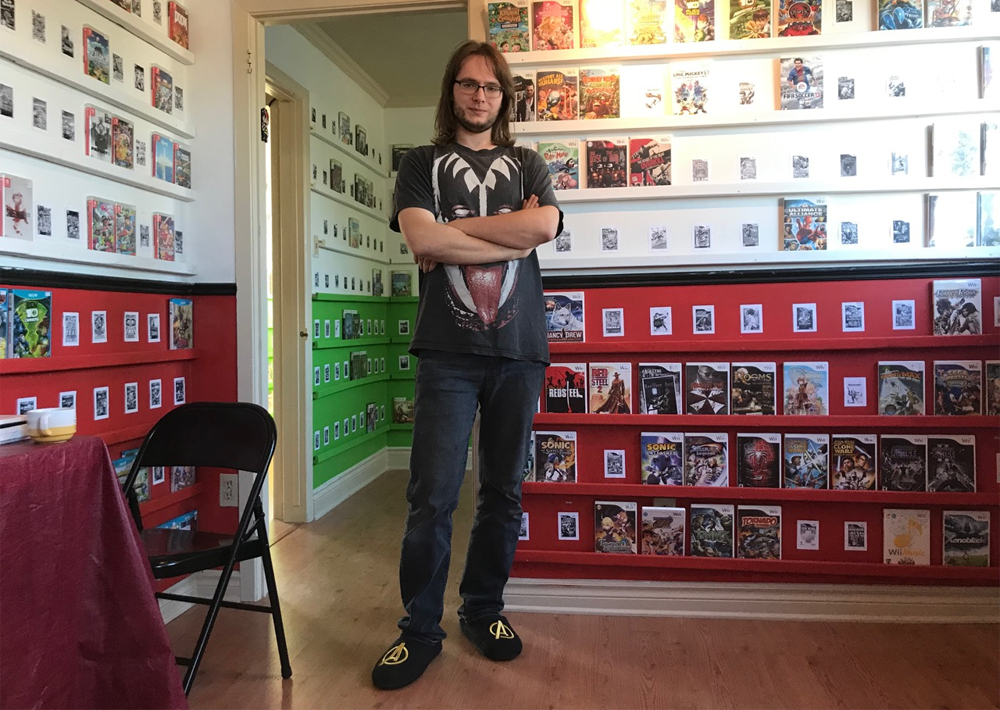 A new video game lounge in St. Lazare aims to offer gamers an easy and affordable way to try new games for Xbox, Playstation, Sega and Wii, along with a gathering spot to hang out and meet fellow console aficionados.

Jeux Flyby video game lounge, on the upper floor at 1932 St.Angelique Rd., offers more than 1,500 Nintendo, Playstation and Xbox video games for rent or sale, including both new titles and vintage favourites for older gaming systems like the Nintendo GameCube, Playstation 2 and the original Xbox.

Owner Antoni Belbart said he hopes the store will encourage video-game lovers to get out of their living rooms and meet others face-to-face to bond through friendly competition.

“I wanted to create a gaming community,” Belbart said. “I’ve always been the odd one out at school. Video games helped me make friends – playing was something we all had a passion for. Video games are the great equalizer. It’s the one type of competition that anyone can participate in.”

The shop opened in late August, and includes seven colour-coded rooms to make it easy to identify games by type: red for Nintendo, blue for Sony and Sega, and green for Microsoft. Each room has a different console set up, where visitors can try the games.

At a weekly Sunday event, gamers can try six editions of Super Smash Bros. on consoles varying from Nintendo 64, GameCube, Wii, WiiU, to Switch. A $5 drop-in fee buys unlimited play from noon to 7 p.m. (and it’s free for members). A tournament is held from 2 p.m. to 5 p.m.

Customers can trade in games for store credit, which can be applied towards the hourly fee for drop-in gaming, monthly membership fees, and party packages or to purchase games from the store.

Game rentals are $5 for four days or $10 for a week. There is also an option to sign up for a monthly membership, which costs $30, and allows customers to rent one game at a time as often as they like, for as long as they like. Members also get their first hour free when dropping in to play games, and get discounts on the store’s other offerings (such as birthday party packages).

The non-member rate for drop-in gaming is $10 for the first hour and $5 per hour after that, however when members bring friends everyone in the group gets a 50 per cent discount.

Jeux Flyby also offers party packages for birthdays or other special events. For $100 per hour, customers get the run of the store and can play any of the games on all the consoles (there are enough controllers for up to 12 players). Belbart recommends booking a minimum of two hours of gaming time for parties.