A strong wind blew across our faces, cooling us off after a bike ride. My husband, two kids and I stood quietly, watching the wavy blue-black water of the St. Lawrence River. On the shore, we could see the steel roofs of three immense churches shining in the sunlight. “Where are we?” asked my daughter. To which her brother responded, “It feels like we’re at the end of the world.”

For a few moments, it did feel like we had discovered a new realm as we stood on a small peninsula jutting out into the river in Lachine’s René Lévesque Park. It is times like these that make cycling a rewarding and frequent activity in our family life. We’ve covered most of the trails on the island of Montreal in the last few years, and I’m constantly keeping watch for the essentials needed for a fun family ride: safe, flat, paved bike paths, memorable vistas and impressive civic landmarks plus public restrooms, ice-cream shops and restaurants. I try to avoid locations that require a fee for access or parking.

Here are my top five picks that fit all my requirements for a family-friendly bike outing.

(The north shore of the St. Lawrence River from René Lévesque Park in Lachine to Arthur Thérrien Park in Verdun.)

This is my favourite bike route. The 12-kilometre path gets top billing because of the great views of the rapids, the frequent bird viewing opportunities, services every two kilometres or so and the wealth of things to see and do along the path. Families can start at either end or anywhere in the middle and enjoy themselves no matter how much of the route they complete.

My family loves all the wacky sculptures dotted along the route. The children particularly like the public restrooms located inside huge cement columns, as well as a steel bed and the giant rock boots in René Lévesque Park. The large ladder sculpture at the Lachine Museum and several tall steel stick people in Verdun also vie for their attention.

If your children enjoy nature, you’ll definitely want to lock your bikes up and walk through the water bird sanctuary in Lasalle, where a close-up look at mallards and wood ducks is practically guaranteed and frequent views of herons are quite likely. The arboretum at René Lévesque Park is a great place to identify trees. Also check out the Fleming Mill, open on Saturdays and Sundays from 1 p.m. to 5 p.m.

The ride also offers my husband, who is an engineer, the chance to talk about how the locks and international shipping canal work or to point out cars and trains passing overhead on the Mercier and CN bridges.

After all the exercise, we like stopping for a snack. With three ice cream stands, four fast food places (two of which are owner-run), a fancy marina restaurant, a fruit stand and a dépanneur along the way, there is no shortage of food and drink choices.

(Between Lake St. Louis Park and the Atwater Market.)

There isn’t quite as much to do along this nine-kilometre path (unless you stop to rent a kayak), but the many options at either end make the trip well worthwhile. The bike path itself crosses no streets and follows a parkland route well away from roads.

If you want to stop, the Fur Trade Museum, the Lock Interpretation Centre and Art Museum are all located steps away from the bike path in Lachine. Kids also like just stopping to watch the pleasure boats and canoes on the water. Families, like mine, who enjoy eating out can check out a multitude of snack bars in Lachine and at the Atwater Market or they can purchase food for a picnic from the many market stalls.

(Along Gouin Blvd. between Pointe aux Prairies nature park on the eastern tip of the island and Île de la Visitation Nature Park on the north side of the island.)

This is another great option for families. Most of the 18-kilometre route follows the edge of Gouin Blvd., but there isn’t too much traffic. Posts or curbs also protect cyclists from vehicles. This route provides a safe opportunity for parents to teach children necessary road skills. Nature lovers will appreciate how the river and bird life changes near and beyond four different clusters of tiny islands, while architecture fans can focus on the diverse range of houses within the different residential neighbourhoods.

Adventurous families will want to plan on exploring the 14 kilometres of cycling trails within the Pointe aux Prairies park, which pass by a windmill, a large cemetery and a golf course as well as a chain of marshes, fields and forests. You can also take another four-kilometre bike route through the forest and residential streets to a tiny park on the very tip of the island known as Parc du Bout-de-l’île for an impressive view of Repentigny, the Ste. Thérèse Island and the Le Gardeur bridge.

This path crosses over the St. Lawrence River twice between Pierre Dupuy Ave. near Cité du Havre park in the Old Port and Place du Commerce Blvd. on Nun’s Island.

The 11-kilometre path follows three bridges: de la Concorde, des Iles and the ice bridge next to the Champlain Bridge. It also passes through Jean-Drapeau Park to get to the northern dike of the St. Lawrence Seaway east of Notre Dame Island. Shadflies in early June and black flies later in the summer can make the journey difficult in spots, but the path’s scenic beauty, diverse entertainment options and sense of being far from the city make occasional bugs an acceptable risk.

Possible stops along the path include all the attractions of the Old Port, various spots on Notre Dame island (the David M. Stewart museum, the Fort de l’île Ste. Hélène, the Biosphere, and the beach near the Victoria bridge) plus the many shops and restaurants on Nun’s Island.

Families should cycle this route at least once with their children. Although the numerous street crossings and busy traffic make this seven-kilometre route my least favourite, the multitude of attractions for children make it a worthwhile outing. My kids are often exhilarated and energetic after this markedly urban exploration.

You’ll understand why the Rachel bike path is almost never empty when you realize that the Botanical Gardens and Insectarium are at one end, Lafontaine Park’s many musical presentations and events are in the middle and the tam tam festival on Mont Royal is at the other end. And, should you have any problems with your bikes, you can always visit the Maison des Cyclistes, a snack bar, bike shop and information centre run by Velo Quebec.

Whichever path you choose, be sure to stock up on water or frozen drinks, a picnic lunch, sun-block, lip balm, some spare inner tubes and a few tools for emergency repairs. 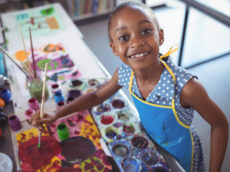 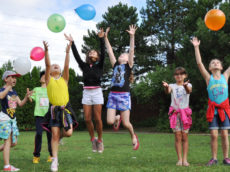 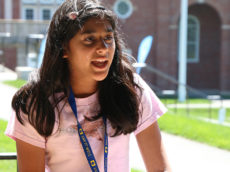