Nick Hebert bought his 13-year-old son a phone because he thought it would make it easier for them to contact each other. But his son soon began screening messages and wouldn’t respond to his dad in front of friends in case he looked ‘uncool.’

So Hebert took matters into his own hands and created ReplyASAP, a smartphone app that will freeze all activity on a child’s phone until they respond to their parent’s text message. While not exclusive to parent and child, the app certainly gives peace of mind to frustrated parents whose children “forget” to check their phones or respond while they are out on their own. 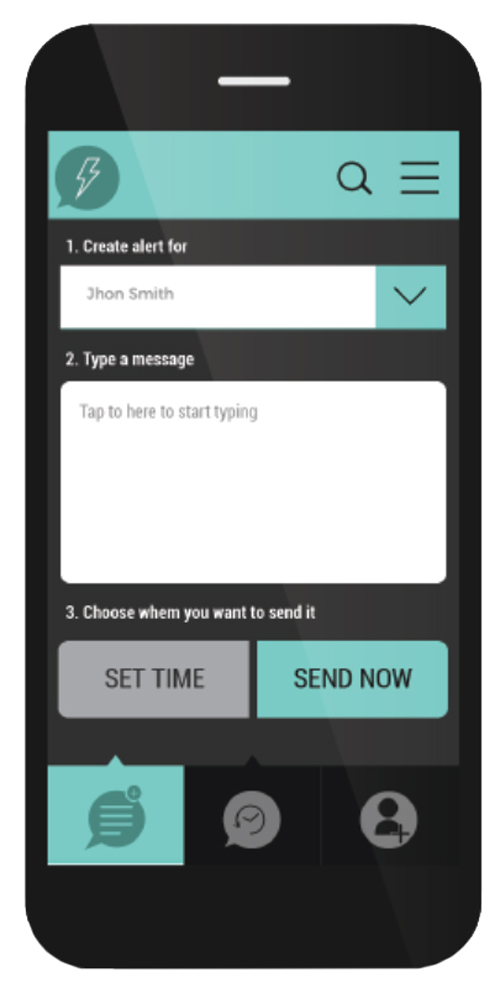 Both the sender (parent) and recipient (child) download the app and connect to each other. The sender’s text message will prevent the recipient from doing anything on their phone — whether it’s playing a game, listening to music or using any other app — until they respond.

When the text message comes in, the recipient’s phone will play a sound and he or she will have to snooze for three minutes or respond right away.

The snooze option allows recipients to acknowledge the text message without actually having to type anything (for when they are busy) but it also makes it impossible for them to ignore the message for a prolonged period of time.

Parents will receive a notification when the child receives the text or if the app is deleted.

The app will not work if the phone is completely shut off, however it will kick in once the phone is turned back on and the text message is received.

The only potential glitch is that while children are forced to view and respond to text messages, there is no guarantee that they will tell their parents what they’re really up to. (For example, what’s to prevent a clever teen from responding with a simple “k” instead of responding with their location, who they’re with, etc.)

For now, the app is only available on Android phones but the company is hoping to expand to iOS devices in the near future.