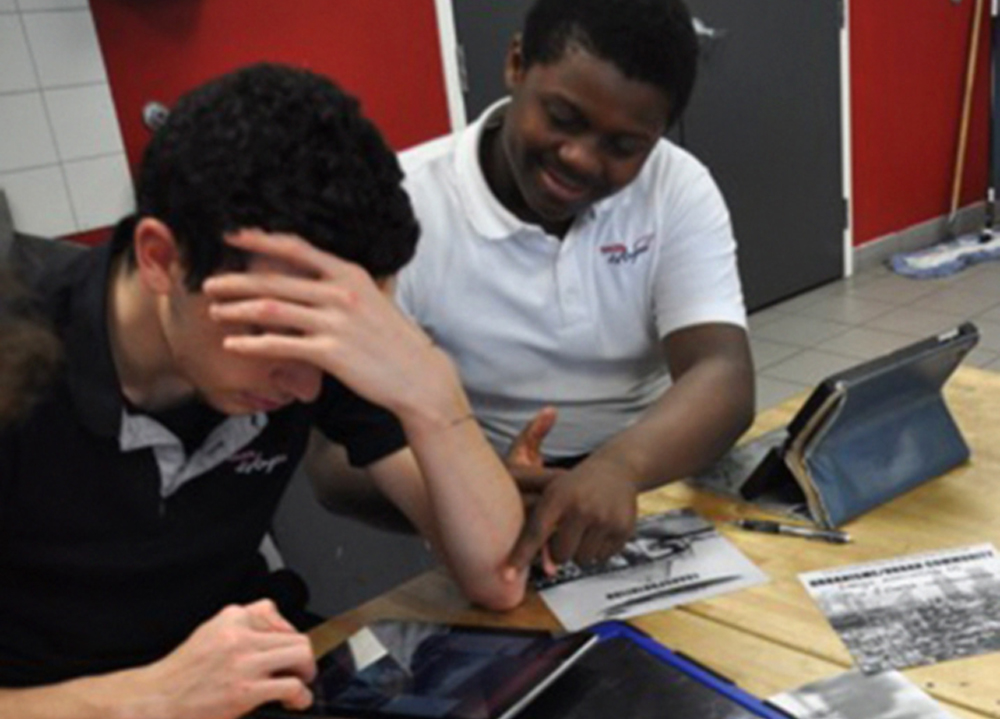 High school students across Montreal are participating in a unique initiative to help celebrate the city’s big anniversary. UP375 is a social project created by art therapist Nathalie Hazan that encourages secondary 3-5 students to imagine what their future communities will look like.

“We talked about how Montreal has transformed historically and culturally and asked students to look at their communities in the same way,” Hazan says. “We asked them to imagine how they can make a difference in their own city.”

Some of the project’s main themes include transportation, architecture, culture and diversity. The project kicked off in January; workshops were held in 19 high schools across the city.

Students were shown a presentation of the historical images they would be working with and were then provided with tablets as well as access to an app, designed specifically for this project by Hazan, where they could create short animations and collages.

The animations will be projected onto the Wilder building, located within Montreal’s Quartier des Spectacles on Bleury St., from Sept. 29 to Oct. 1. Tablets will be available on site and visitors can create their own animations using the app.

Some projects are already being previewed on the UP375 Facebook and Instagram pages. Before the workshops, students visited the McCord Museum and saw the Notman, A Visionary Photographer exhibit. They then explored the Milton Park district and saw the Notman House.

William Notman was a Canadian photographer who became the first to develop an international reputation during the 19th century. He famously documented landmarks such as Victoria Bridge and the Molson Theatre.