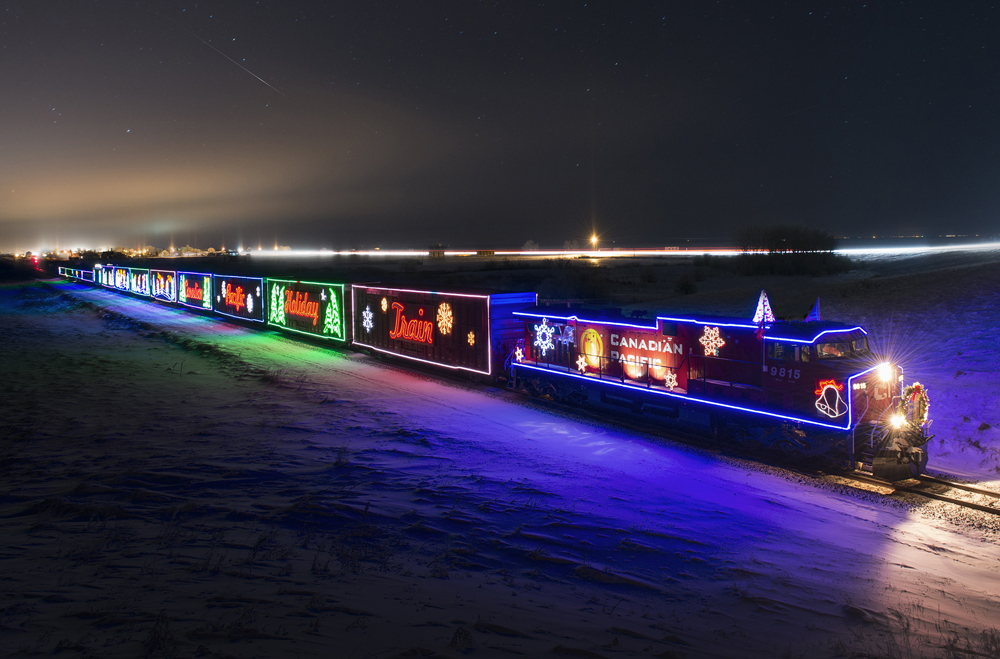 Most kids love trains and the CP Holiday Train is once again setting out to spread cheer and collect donations for local food banks this holiday season.  Illuminated by hundreds of thousands of lights, the 300-metre long (1,000 ft.) train makes stops across Canada and various artists perform a mix of original songs and holiday classics for the crowd.

On Tuesday, Nov. 27, the train stops at the Montreal West AMT station at 6:35 p.m.  and at 8 p.m. at the Beaconsfield AMT train station. Canadian singers Terri Clark, Sierra Noble and Kelly Prescott will perform.

Try not to be late; the train stops for about 30 minutes at each location but watching it pull into the station with its 14 brightly lit and decorated rail cars is the highlight for many children.

Visitors are encouraged to bring donations for their local food bank. Since its maiden voyage in 1999, the program has raised more than $13 million and 4 million pounds of food for communities along its routes.

For more information on the holiday train and its stops, visit the website.