Home / December 2019 / Coupons can be an awesome holiday gift 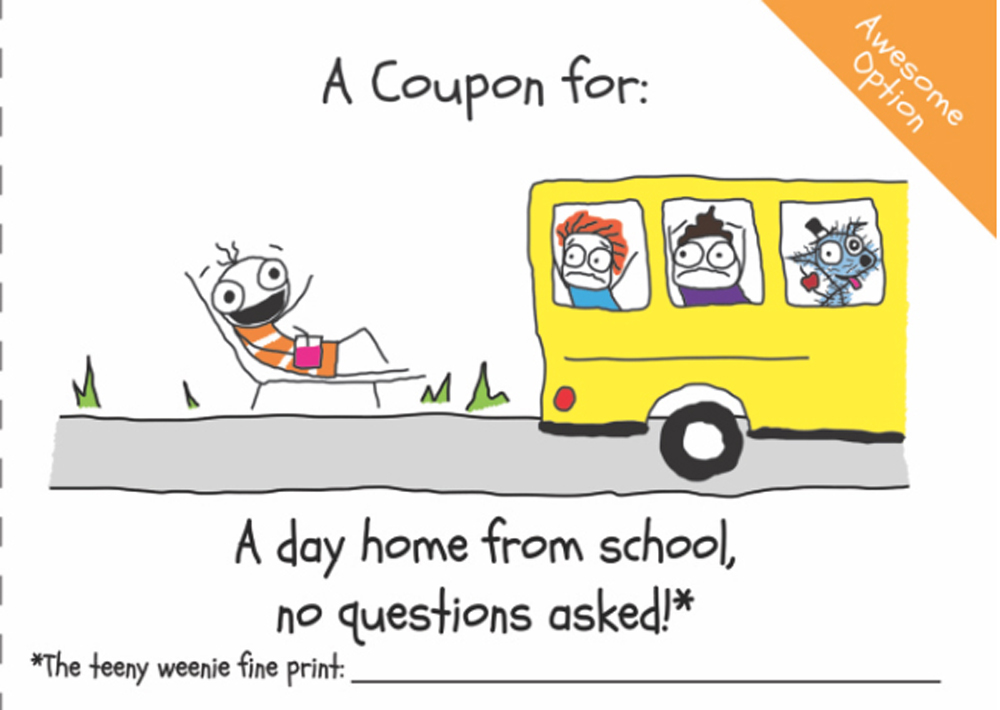 It all began with the sinking feeling that her kids were just getting too much at the holidays. Celebrating both Hanukkah and Christmas meant her daughters, Nasuna and Chloe, were drowning in gifts. “I couldn’t bear to give them even more,” Liz Ulin remembers.

Besides, Liz says she knew what her girls really wanted, and it wasn’t more stuff. “My kids routinely lobbied me for things like a day off from school and staying up past their bedtime. So, I thought: why shouldn’t I just give them those things?”

The result was a set of unique coupons. On one side was a thrilling Awesome option — special permission to do something that was normally off limits. On the other was an Awful option that kids would find funny and would gross parents out.  They include things like “a bowl of warm saliva soup” and “a flock of disease-ridden evil turkeys.”

Nasuna and Chloe are adults now, but say they cherish the memories of those handmade coupons. Chloe said her favourite coupon was to spend $15 in five minutes at any grocery store. “Fifteen dollars is a lot of money to a kid,” she says. “You can imagine the excitement. Looking back, it was actually a sneaky way to teach us how to be frugal at the grocery store.”

For years, the girls urged their mom to make their childhood coupons into something other parents or grandparents could give to their kids.

At long last, she has.

The Awful Awesome Kids Coupon Book has 14 coupons with charming and hilarious illustrations. Awesome options could be “a day home from school, no questions asked” or “a day of unlimited screen time.”

The coupons come with fine print so parents can add a caveat to make it practical or to make it impossible for a kid to pick the awful option. So, “a day home from school” could have fine print that says “not redeemable during an exam period.”

And if kids are tempted to be smart alecks and pick the awful option, you could write, “redeemable only in Iceland.”

Liz’s fondest memory is of the time her girls used their “Stay up as late as you want” coupon — a Hanukkah gift — on the night of December 24. Because what could be more awesome than trying to catch Santa in the act. The coupon booklet costs $14.99.