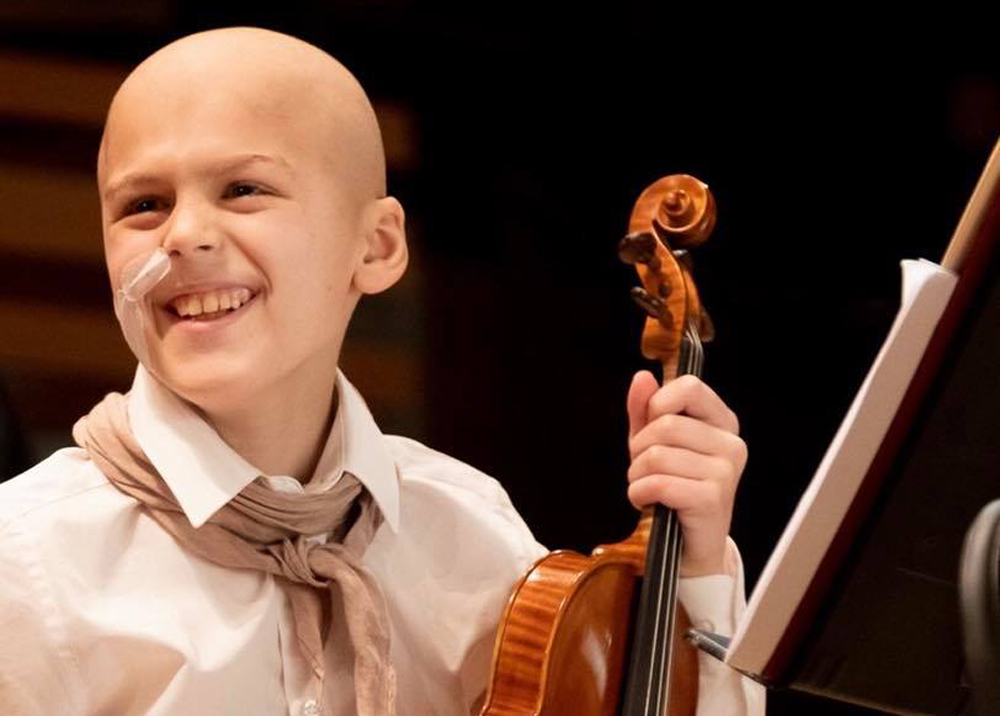 Léandre Gaucher is not your average 10-year-old. An accomplished violinist who has been playing since the age of 3, he has won numerous prestigious awards and has played twice at Carnegie Hall. But last December, just as he was preparing for his entrance exam into the Conservatoire de musique du Québec à Montréal, he received some life-changing news.

Léandre was diagnosed with brain cancer. Since then, he’s been through six weeks of radiation and four months of chemotherapy. He went back to school this fall and has been recovering well. Now, Léandre and his family want to give back to the Montreal Children’s Hospital.

They are organizing a concert to raise funds for Sarah’s Fund for Cedars, which supports the oncology floor at the hospital. Léandre’s mom, Anne, says that the department had incredible resources such as pet and music therapy, books, and Dr. Clown. “We really wanted to give back because we had all these great things available to us during his treatment,” she says.

While he couldn’t do some of the other things he loves, like swimming, horseback riding and going to school, Léandre resumed playing his violin only a few weeks after his 10-hour surgery last New Year’s Eve.

Apart from Léandre, the concert will feature singer Kerry-Anne Kutz, young local musicians such as Benjamin Seah, winner of Virtuose on Radio Canada, as well as a cellist.

The concert will be held on Oct. 5 at the St-Columba-By-The-Lake Presbyterian Church in Pointe-Claire. Refreshments will be served. Tickets are $25 and $20 for students and seniors. The concert is free for kids under 12. You can purchase tickets both online and at the door. Even if you are unable to attend, the family encourages people to donate.