It was 50 years ago that British author Roald Dahl’s iconic book Charlie and the Chocolate Factory was published. This story of a young boy from a poor family who wins an exclusive tour of Willy Wonka’s chocolate factory – hosted by the ubiquitous Wonka himself – created a legion of fans who delighted in the chocolatier’s fantastical experiments to invent new candy, and make spoiled children on the tour disappear into the strange machinations of the factory.

The book got two film adaptations, a candy line and a theatre version. Even 50 years later, the book is still beloved as evidenced by the controversy that erupted over a new anniversary cover for the book. It displays a doll-like girl, replete with big blond hair and pink boa, with an ominous shadow behind her. It goes against the sensibility of whimsy 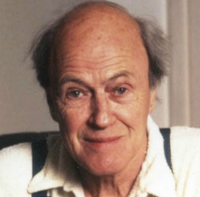 and playfulness of the book, and people around the world were against it. The legacy of this book is not only seen in its multitude of fans, but also in the influence it has had on children’s literature – no more so than on Dahl himself. He’d previously only written adult fiction, but with the success of Charlie and the Chocolate Factory, he went on to write over a dozen books that continue to entertain children to this day. Here are a few other books and authors who can tip their hat to Dahl and the shenanigans inside Mr. Wonka’s chocolate factory. 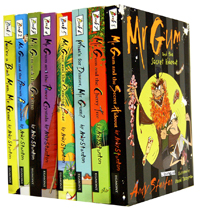 A regular feature in Dahl’s books was the presence of an adult whose behaviour was absolutely juvenile. In this series, author Andy Stanton takes this characterization to a whole new level with Mr. Gum, a grumpy old man, who despises anything that even feels like fun. Nine-year-old Polly and Jake the dog, who is monstrous in size, always thwart Mr. Gum’s evil ploys. The books are set in a fictitious British town called Lamonic Bibber, populated by a crazy cast of characters, including a disgruntled fairy who lives in Mr. Gum’s bathtub, a billionaire gingerbread man, and Polly’s sherry-drinking granny. The antics that go on in this mysterious little town will give readers bellyaches from laughing so much. Stanton has clearly followed in Dahl’s ability to make mayhem in his stories, and not surprisingly, his book Mr. Gum and the Dancing Bear won the 2008 Roald Dahl Funny Prize. 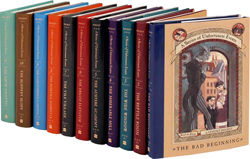 This series has many elements in common with the works of Dahl from the three Beaudelaire orphans and their evil uncle who is attempting to steal their inheritance, to the use of sophisticated words and their definitions. The narrator of the books continuously warns readers that few good things happen to Violet, Klaus and Sunny Beaudelaire yet, despite these warnings, readers are drawn into their adventures as they plot to defend themselves, outwit their uncle, and uncover the mystery surrounding the deaths of their parents. Dahl always championed the intelligence of children, which is one of the aspects that makes his books so appealing to young readers. In this book, Lemony Snicket (the pseudonym of author Daniel Handler) never speaks down to children, but rather shows that they have all the qualities to overcome hardships and are incredibly resilient. The sibling love shown by the Beaudelaires offsets the bleak tone, and Handler’s refined use of language acts as a door for readers to delve further into the world of words and storytelling. 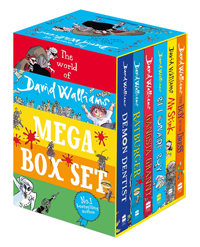 Children’s author David Walliams has often been hailed as the next Roald Dahl and  some of his books are even illustrated by Quentin Blake, whose illustrations for Dahl’s books are as quintessential as the books themselves. Walliams, who is a comedian and a judge on Britain’s Got Talent, has often cited Dahl as one of his main influences, having devoured his books as a child, beginning with Charlie and the Chocolate Factory. Walliams does not take for granted a child’s ability to appreciate and critique a book, and strives to awaken in children the same sense of wonder and creativity that Dahl did for him. His books include Billionaire Boy, Demon Dentist, Mr. Stink, Gangsta Granny, The Boy in the Dress and Ratburger.

Although not a series per se, Walliams’ books capture the world seen through the eyes of children and their uninhibited imagination, whether it be a grandmother who was once an international jewel thief or a little girl who hides a homeless man in a garden. He then fleshes them out into stories that are filled with whimsical details, eccentric characters and outlandish plot twists. His books are also full of heart – an ingredient that was always present in Dahl’s books.