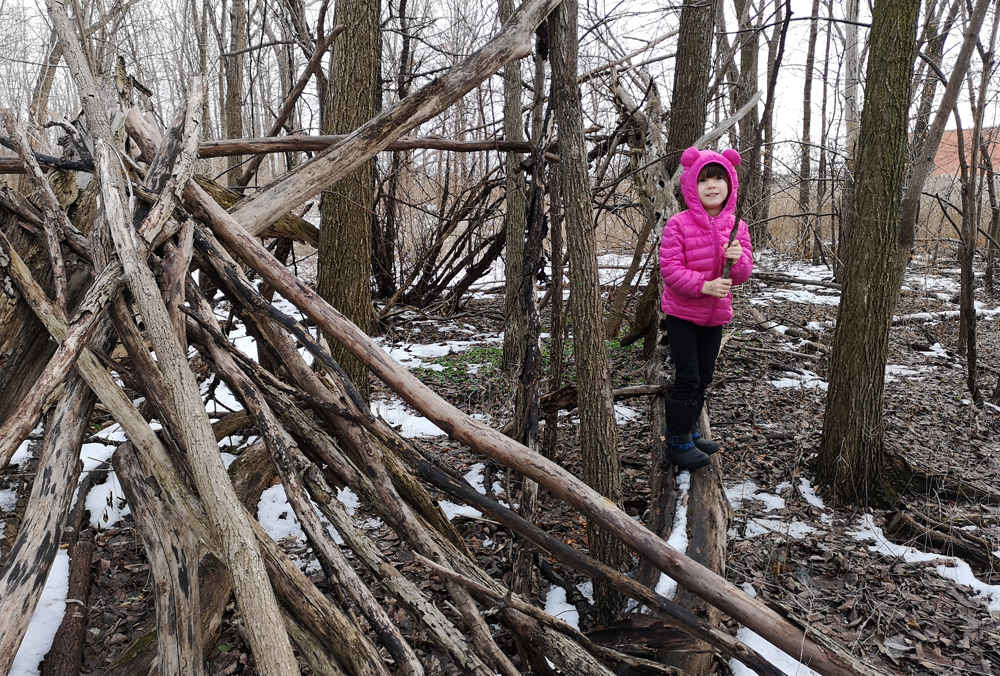 A child-led forest school is being launched in the fall to get preschoolers out to enjoy the outdoors and learn about nature.

Starting in September, the Riversong Forest School will be taking kids outside to explore nature in the Montreal area. Forest schools, which originated in Scandinavia, encourage outdoor education in natural spaces, allowing children to discover and play in forests and nature.

The Riversong Forest School uses child-led learning, meaning kids are encouraged to be themselves, and are given the space to explore, create or wonder about things without being directed by adults.

“A really great summary of a forest school would be ‘free play outdoors’,” says Riversong Forest School founder Megan Millward. “There are adults there for the sake of safety, but otherwise they step back and let kids take the lead.”

While parents can be present during each session, the adults are there to help, not to teach. The goal of the school is to let kids be kids by giving them outdoor play time to follow their own pace and interests, and establish a relationship with nature.

“Rather than saying, ‘Hey kids, today we’re going to learn about the life cycle of such-and-such a bug,’ you let the kids explore the forest or whichever natural setting you happen to have,” says Millward. “When something sparks their interest, like an insect on a leaf or a piece of bark that has fallen off a tree, the adults there will share the child’s curiosity, asking questions with them, being really excited with them about the new thing they’re discovering, rather than fishing out the answers right away, like, ‘Oh this bug is called a this-and-that, or that kind of encyclopedic answer.” 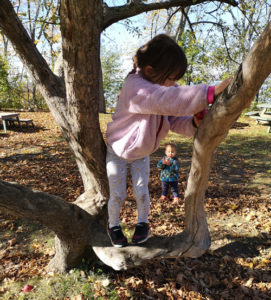 One way forest schools allow children to explore their natural setting is by encouraging ‘risky play.’ For example, says Millward, if the children find a fallen tree on the ground and want to climb it, she and the parents will ask the right kinds of questions together with the children to assess if it’s safe to climb.


“We have a set of rules, baseline safety things, like you have to be within eyesight of each other and of the adults who are there,” she says. “But we’re not going to say, ‘No playing with rocks; no playing with sticks.’ Together, with the kids, we decide what is safe for us, how we should play so we don’t hurt ourselves or hurt others.”

Millward adds that risky play is beneficial to a child’s development, even if it sounds scary to their parents. “When I was a kid, playgrounds were much more exciting than they are now,” Millward says. “Now, parents don’t want their kids to get hurt and companies that build them don’t want to get sued. So, everything is so safe but it’s kind of boring, and kids aren’t developing their risk-assessment skills. There’s no way to take any risks.”

Millward says she created Riversong Forest School because of her love for nature and the freedom it gives kids to explore their curiosity.

“As a kid, most of my afternoons and weekends were  spent outside, climbing trees, turning over rocks to see what kind of bugs were underneath them,” Millward says. “My parents always said, ‘Go play outside, just come back for dinner.’ So there was unstructured time. I thought forest school was a great way to continue to be a kid, have a job that’s not at a desk, and also provide a valuable service to children by giving them access to outdoor fun that they might not have otherwise.”

Classes will take place in any weather: rain, shine and snow, unless there is an imminent health risk such as a frostbite or hail warning, or if lightning is in the forecast

Riversong Forest School targets kids aged three-and-a-half to 5 years old. The school opens in September, and sessions will run from September to December and then again from January until June. In the interest of practicing social distancing, each group will have no more than eight kids (plus their parents/guardians). Millward also plans to add after-school programs for school-aged kids in the future.

The exact locations of the nature spaces are still being worked out, but Millward says one group will gather in St. Leonard and another will gather in the West Island. Additional sessions may be added in Côte-des-Neiges or other areas as well, depending on the demand.

The classes will be one hour long (from 10 a.m. to 11 a.m.) and will take place once a week: a Monday group and a Wednesday group in St Leonard, and a Tuesday group and Thursday group in the West Island. Each of the four groups of kids will meet at the same time in the same location.

Screen time in the age of Coronavirus

Our lives have changed quickly since shelter-in-place orders started. For parents like…

A 13,000-square-foot playground for babies, kids, parents—and even adults who don’t have… 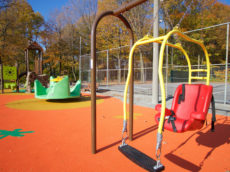 Inclusive playground in Beaconsfield offers ways for every child to play

Since its opening in late 2019, the all-inclusive playground at Heights Park…