Childhood is supposed to be a period of growth and discovery, filled with the belief that everything is possible. But for too many children around the world, this is not the case. Half of the world’s refugees are children and, in developing countries, one in three girls are married before the age of 18. November 20 is Universal Children’s Day and it is the perfect time to celebrate childhood. Below are four books that will educate children about the lives of the less fortunate and will hopefully make them appreciate their safe and secure environment. 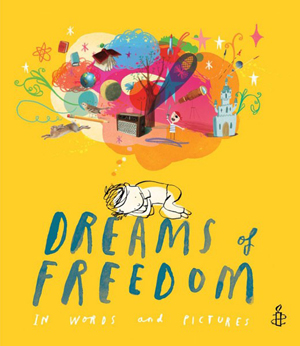 Children often think of freedom as what they can and cannot do based on their parents rules but this book reveals the true definition of the word. This poetic and artistic book has simple statements like “Freedom to be yourself,” “Freedom to be a child,” and “Freedom to have your own ideas” that are accompanied by quotes from human rights activists and victims of oppression like Anne Frank and Syrian political cartoonist Ali Ferzat. The illustrations are done by artists from around the world who depict various  styles, which helps children  absorb the notion that diversity is a cornerstone of freedom, and should be embraced rather than feared. It is not surprising that this book was made in collaboration with Amnesty International, the leading organization in defending human rights. 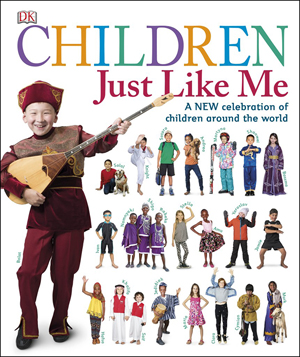 This encyclopedic book profiles children in 36 countries, revealing how they experience childhood. Each story is told through descriptions of his or her likes, hobbies, and favourite foods. The book is organized by continent so readers can compare how kids are similar to and different from them all over the world. They will discover that they have a lot in common with these kids, who play, love their families and go to school. The personal tone of each profile will make readers feel like they are making new friends. Filled with photos and many fascinating details, children will feel like they have gone around the world in an afternoon. 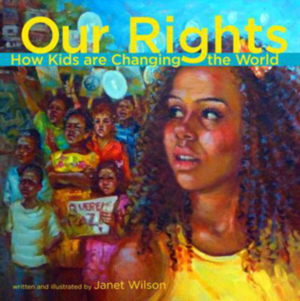 As children learn about inequality and injustice in the world, they might feel the urge to take action but are unsure of how to go about it. This book gives them hope by introducing true stories of children who have made a difference in the world. There are 10 children profiled and their achievements range from a boy who walked across his country to raise awareness of homelessness to a girl who took up beekeeping to pay for her schooling. The examples come from India, Yemen, the Philippines and more, conveying that children are making a global difference. Readers will see that all actions, no matter how big or small, can contribute to change. The book has sidebars that guide children in ways they can start to take action in their own communities. These stories can inspire and empower children to be more aware of the world and will help them see how they can have a role in making it better. 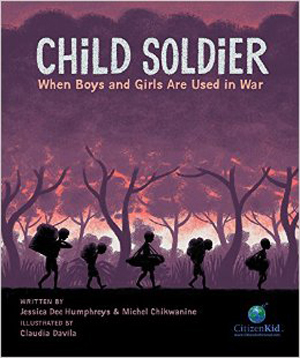 One of the greatest violations of children’s rights is when they are placed in situations of conflict and recruited as child soldiers. This horrific practice continues today and robs children of everything. This graphic novel relates the true story of Michel Chikwanine who was abducted and forced to become a child soldier in the Democratic Republic of the Congo. Today, Michel lives in Canada and part of his healing process has been to share his story with others through this book. He recounts what life was like in the Congo, including some of the history of the country and how its colonial past contributed to the brutal conflict. There is a sharp contrast between his seemingly idyllic childhood and his life among the ranks of rebel forces. Michel’s courageous story imparts the terrible reality lived by some children in the world. It will make readers appreciate their own freedom and life opportunities.