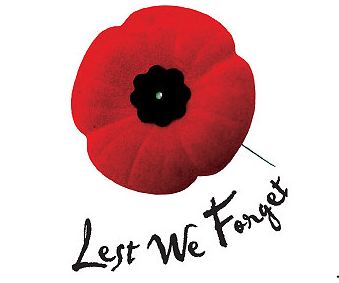 Every year, at the 11th hour of the 11th day of the 11th month, we observe a minute of silence. The haunting words written by a Canadian soldier – We are the Dead. Shot days ago/we lived felt dawn, saw sunset glow/Loved and were loved and now we lie/ in Flanders Fields – are heard over loudspeakers and intercoms, and read at school assemblies on Remembrance Day. But do our children truly understand the significance of the silence as we ask them to remember events that they have never lived through?

In the context of our Canadian lifestyles, where safety and warmth is pretty much a given, war could be seen as an abstract concept, existing far from our reality. Yet many areas of the world are currently engaged in conflict. The civil war in Syria has led to one of the worst refugee crises in the last 20 years, the Democratic Republic of the Congo is gripped in a horrific conflict that has left over five million people dead, and countries like Iraq and Afghanistan haven’t recovered from recent wars on their soil.

Children are not spared from these conflicts. An estimated 250,000 children are being used as soldiers and this does not include the thousands suffering from witnessing violence, losing their homes and being separated from their families.

Our children live in a society where their rights and freedoms are guaranteed, thanks in a large part to the sacrifices of past generations. Remembrance Day is a time to be grateful to those who made those sacrifices and to think about those who are still waiting for peace. One of the best ways to transmit that message is through books, the written testament of those who have lived through difficult and history-making times, and those still living through them. 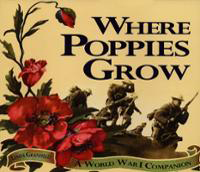 Most children have heard the poem “In Flanders Fields” and this book about World War I will give them a clearer understanding of what it means. The best part about the book, a finalist for the Silver Birch Award, is that it takes a distinctly Canadian perspective. It is filled with pictures, images and stories that show Canada’s role in the war and the role of the war in Canada.

These mini encyclopedias are filled with photos and facts that will give children a visual description of life at war. They describe how the conflicts started, various battles, and some fascinating aspects like code breaking, communication, espionage and the effects of wartime on children. These books give the reader an overview of historical periods but I believe it will be enough pique the interests of kids, who will then want to learn more about specific events. 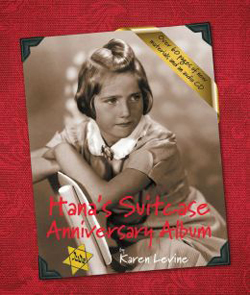 An event that should never be forgotten is the Holocaust. Genocide is one of, if not, the most gruesome sides of humanity. And it continues to occur today. Karen Levine tackles the topic in a very sensitive manner in her book Hana’s Suitcase. It simultaneously tells the story of Tokyo museum curator Fumiko Ishioka, who receives a suitcase with the name Hana Brady on it for an exhibit on the Holocaust, and of Hana herself, a young Jewish girl growing up in the Czech Republic during the Nazi occupation. The story unfolds delicately and children will be intrigued to find that there is a Canadian connection. Since its publication in 2000, this story has captured the hearts and minds of readers worldwide. This anniversary edition features new photographs and letters, providing more clues to the mystery of Hana’s life. 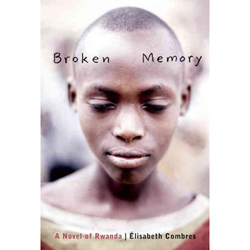 This novel may be short in length but it is certainly not short in significance. It tells the heartbreaking story of a young girl whose mother is killed during the Rwandan genocide. She is spared the same fate when an elderly woman takes her in. But even after the violence is over, peace is a distant hope. Like millions of others in the country, Emma needs to heal before life can ever gain some semblance of normalcy. She begins the process by finding comfort in those like herself who lost loved ones in the midst of conflict and hate. It is a powerful story of the horrors of war, the fragility of peace and the importance of forgiveness.