Books that teach kids about democracy

On Oct. 19, Canadians will vote in the 42nd federal election. In the last election, voter turnout was a dismal 61 per cent. For those of us who live in a democratic society, it’s easy to take for granted the fact that we can elect our government, support any political party we choose, express dissent and enjoy equal rights for all citizens. This campaign is an ideal time to start teaching children about their civic responsibilities so that when their turn to vote arrives, they will be ready and eager.

The following books offer a variety of perspectives for younger and older children on the meaning of democracy. 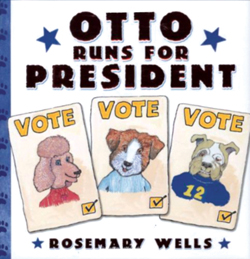 For many children, their first democratic experience is often through school elections. In this picture book by Rosemary Wells, elections are happening at Barkadelphia, a school populated by dogs. A popular poodle named Tiffany joins the race, as well as a jock bulldog named Charles. They have a lot of resources to make splashy campaigns but they don’t seem to care much about what their voters want. Otto may be more of a mutt and not your typical candidate, but he decides to throw himself into the race. As the only candidate who actually asks his peers about their interests and concerns, to his surprise he wins the election. The book guides children through the electoral process and teaches them about the responsibilities of elected officials. Children will enjoy seeing dogs participate in elections in a school setting.  Wells highlights some of the pitfalls of democracy, including the challenges of keeping election promises, as Otto learns. 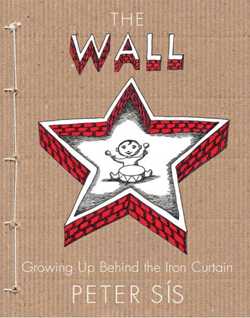 With the fall of the Iron Curtain and the end of the Cold War, communism has largely faded into the pages of history. Yet for those who lived under communist regimes, the experience remains etched in their memories. They lived through repression, terror and deprivation. In this sophisticated children’s book, well-known children’s writer and illustrator, Peter Sís, describes what it was like growing up in communist Czechoslovakia. He explains how most Eastern European countries fell under the control of Russia at the end of World War II and how the construction of the Berlin Wall created a metaphorical “iron curtain” between the democratic West and the communist East. Although the book tackles complex ideas, the author simplifies them by focusing on his own experience and using a variety of storytelling methods like comic-strip style scenes, full-page murals and even journal entries. Most of the illustrations are in black and white, but punctuated with thoughtful uses of colour to convey how art and culture can provide optimism in a desolate situation. The book will help readers appreciate their own freedom and offers a visually interesting presentation of this part of history. 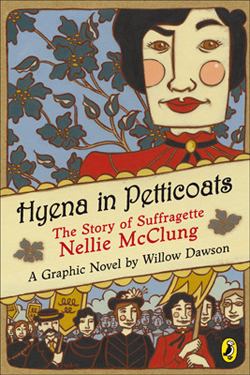 Many children might not realize that at one time, women could not vote or participate in politics. It is thanks to the determination of the suffragette movement that women gained these rights. In Canada, Nellie McClung was one of the main leaders of this movement. This historical biography in the form of a graphic novel brings to life the trials and discrimination she had to face so that the rights of women would be recognized in Canadian society. Along with four other women, McClung pushed for women to be eligible to sit in the Senate. The main title refers to a disparaging comment made by a premier about McClung, suggesting that he preferred women to be meek and docile rather than outspoken and combative. The book shows that McClung had a strong sense of equality from the time she was young, defending the rights of immigrants and workers as well as women. The illustrations may be in black and white, but McClung’s fiery passion shines through. Readers will be impressed by this irrepressible woman, who will hopefully ignite their own political interests. 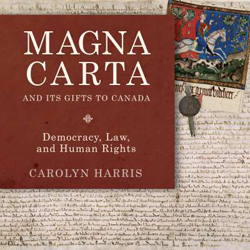 This year, the Magna Carta celebrates its 800th anniversary. This document, which was drafted in England in the 13th century during the reign of King John, was the first to place limitations on the rule of a monarch and give rights to citizens. From that moment on, the King was accountable to parliament and could not merely act on his own will. Granted, the Magna Carta did not extend rights for all, but it became the basis for the gradual development of the democratic values that took root in most of Western Civilization. If your child is a history buff, he/she will enjoy this illustrated reference book about the Magna Carta and how it has contributed to Canadian democracy. The book explains the context in which the document was written, what inspired it, its impact, and its legacy. Despite the dense subject matter, the book is divided into interesting chapters and is written in accessible language that will transport readers to an era when democracy was just starting to come of age.