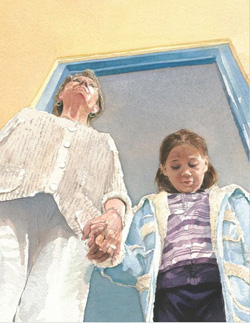 When 15-year-old Amanda Todd took her own life in October, the video that she had posted on YouTube a few weeks earlier instantly went viral. In it, Amanda revealed her years of torment by an anonymous online stalker and detailed the sequence of events that led to her depression.

The video depicted the lonely heart of a girl who was endlessly taunted, felt completely alone and who saw no end to her misery.

Despite raised awareness of bullying issues, the Internet has created a new environment where this form of cruelty can take place. Its anonymous nature can make it easier for people to bully others. The need to educate children about compassion and empathy is stronger than ever, particularly now that technology is so dramatically changing human interaction. Here are some books I recommend to help sensitize children of various ages about the sometimes very subtle forms of bullying. 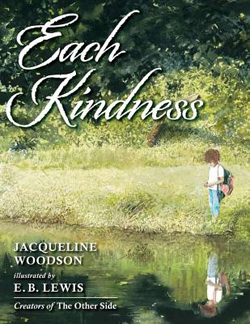 This beautifully illustrated picture book is told from the perspective of Chloe, a young girl who must sit next to Maya, the new girl in class who happens to wear tattered clothes and worn-out shoes.
Because of her appearance, Chloe and the other students in the class choose to ignore her and Maya must play by herself in the schoolyard. When Chloe finds out that Maya has left the school, she begins to feel a sense of regret that she was not friendly towards her and feels that she has missed her opportunity to make things right. By making Chloe the narrator, the author has employed an interesting technique to show how easy it is to make someone feel excluded. Chloe herself is a sympathetic character but even the small gesture of ignoring Maya to protect her own need to fit in was enough to have a lasting impact. It is a sentiment that most of us can identify with, having experienced similar pressures in school. Perhaps it will help young readers reflect about how they treat others. The realism of the watercolour illustrations adds exactly the right tone for a book whose aim is to get children to think about the power of even the smallest gestures of kindness. 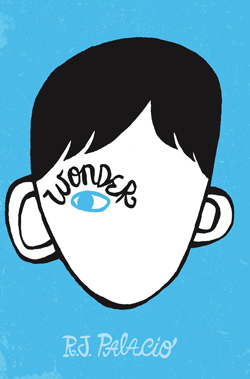 Auggie Pullman is a bright, curious, typical 10-year-old, who likes ice cream and playing video games. However, he has facial deformities that have required multiple surgeries throughout his young life, so his mother felt it would be easier to home school him.

When Auggie’s health stabilizes, his parents decide that it is time that he goes to school. Naturally, the young boy is full of trepidation because he knows that, despite how normal he may feel, he will not be seen that way by his classmates. This touching novel follows his difficult and courageous journey into the complex world of Middle School, where first impressions can leave a lasting imprint.
Author Palacio tells the story mainly from the boy’s perspective, using colloquial language typical of a child of that age. However, she also tells the story from the point of view of several other characters, including Auggie’s sister and her boyfriend, showing their own experience of being close to someone who is shunned. This page-turner will have readers wondering how they would react in a similar situation, providing a true lesson in empathy and compassion.

In this collection of short stories, 70 young adult and children’s authors recount their own experiences with bullying, whether having been a bully, a victim or even a witness. These personal, anecdotal stories are told in just a few pages, making them very accessible for young readers, who will likely be able to identify with more than one of them. The book truly covers the wide breadth of the various forms of bullying, from name-calling to being emotionally manipulated by a friend to the recent evolution of cyber-bullying. The book was conceived by editors Meagan Kelley Hall and Carrie Jones, who invited authors to write about their bullying experiences after the suicide of a bullied teenager in Massachusetts. Perhaps, the courage of these authors to speak out will encourage other young people to do the same when they hear about or witness a bullying incident.