Books play an important role in helping children understand the world they live in, and writers of children’s and young adult literature respond to international events by creating stories that comfort, offer perspective, give hope and provide compassion. The topics covered by new releases and the popularity of certain books in a year can be a sign of the times, so here are some titles that made waves in 2018.

Polar bears have come to symbolize the potential impacts of climate change, as they are one of the species most threatened by warming global temperatures. It is no surprise then, that author/illustrator Khoa Le has chosen to make a polar bear the titular character of this picture book that offers a gentle introduction to climate change. In a fragile Arctic landscape, a young cub loses his mother in a snowstorm. With the help of a little girl and other arctic animals, he tries to find her. Their search takes readers through the many wonders of their arctic home, like glistening icebergs and the dazzling northern lights, which are now threatened. Between the multiple climate disasters that we witnessed this year, and a recent alarming report from the United Nations warning that we are  running out of time to address global warming, the need for action is urgent. There is no age too young to start teaching children to care for Mother Earth — and this book is a perfect start. 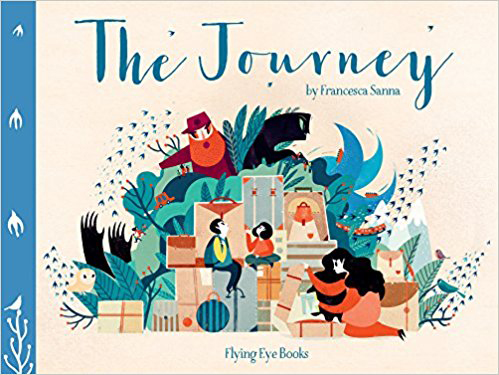 Although this book was actually published in 2016, it gained significance over the last year as news stories about refugees and migrants dominated headlines. These reports often leave out the gruelling hardships and decisions that people have to make when forced to flee their homes. The author was inspired to write this story after meeting two girls in a refugee centre in Italy, and the book is clearly inspired by the refugee crisis that has been triggered by the ongoing war in Syria. Sanna shows how a family can be enjoying a day at the beach one moment, and in the next must quickly abandon their home in search of safety. The illustrations beautifully link the many heart-wrenching steps of the family’s journey, paying careful attention to the fears and hopes experienced by the children. Sanna draws the reader into the understanding that being a refugee or a migrant is rarely a choice, but rather a matter of finding a better future, especially for children. At a time when fear about immigration is taking the place of love and compassion in many Western societies, sharing a book like this one with children can make all the difference. 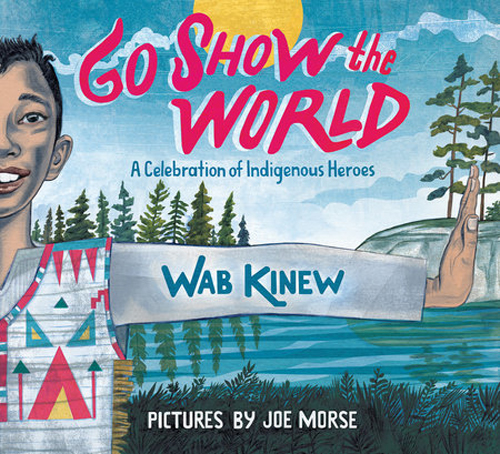 Over the last year, Canada has taken several steps to deal with the past abuse and mistreatment of its First Nations peoples. The recommendations of the Truth and Reconciliation commission have set the country on a course towards revisiting its history and understanding it from perspectives other than that of Western civilization. Journalist and leader of the Manitoba NDP, Wab Kinew, contributes to this change with this book. Go Show The World introduces children to Indigenous heroes, such as Canadiens’ goalie Carey Price and 19th-century Oglale Lakota leader Crazy Horse, who defended the territory of his people from encroaching American colonizers. Written in rhyming verse, the book delves into a diversity of profiles, and readers will be surprised to learn about the many figures that have had an impact on our world but have been left out of history books. 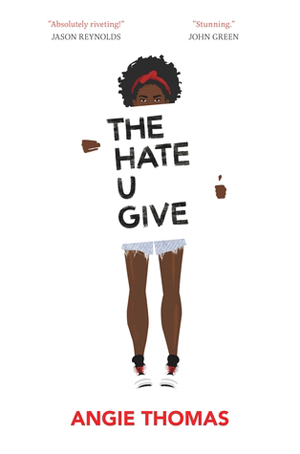 The fact that this book debuted on the New York Times bestseller list at number one, has remained on the list for almost two years, has just been turned into a feature-length movie is a testament to the relevance of its subject matter. The book tells the story of 16-year-old Starr Carter, whose life is split between her underprivileged neighbourhood and the upper class, mostly white, prep school she attends. After being the sole witness of the shooting of a childhood friend by the police, she is drawn into an inner struggle between whether she should speak out or simply keep her head down and continue to blend in with her white friends at school. Systemic racism and how to address it has come to the forefront in the last few years after incidents of police violence have sparked protests. It is not an easy issue to discuss but this novel provides a mirror of real events into which readers can reflect on their feelings and actions in the face of injustice. Readers will be able to continue this reflection when Tomas’ follow-up novel On the Come Up is released in February.

The Wonky Donkey (Scholastic Books, $9.99)
by Craig Thomas
All ages 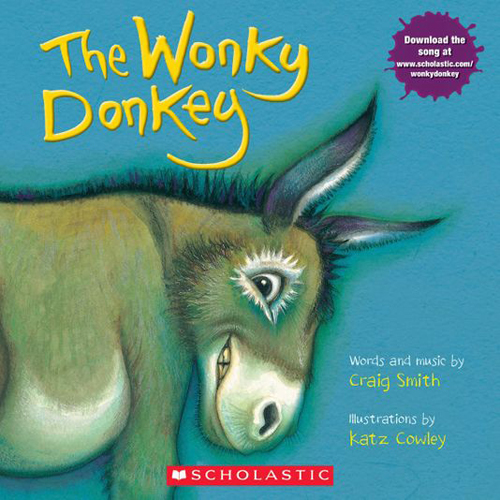 This picture book was first released in 2010 but it has experienced an incredible surge in popularity over the last year after a video of a Scottish grandmother reading the book to her grandson went viral and got 1.2 million views. In a nutshell, the joy that the grandmother gets from reading this silly book is absolutely infectious. As she cradles her baby grandson on her lap, she begins to read, “I was walking down the road, and I saw a donkey. Hey Haw! He had only three legs. He was a wonky donkey.” As if caught by surprise by the absurdity of what she is reading, she launches into guttural guffaws.  As the book progresses, the reader learns that the wonky donkey also has only one eye and likes to listen to country music, making him a “honky-tonky, winky wonky donkey.” As each page reveals some new preposterous characteristic of the donkey, the granny is literally in tears. At one point, she is laughing so hard, she doubts whether she can finish the book. This video is a great reminder that sometimes we all need a good laugh, and children’s books like the Wonky Donkey can provide as much comic relief to adults as they do to children.