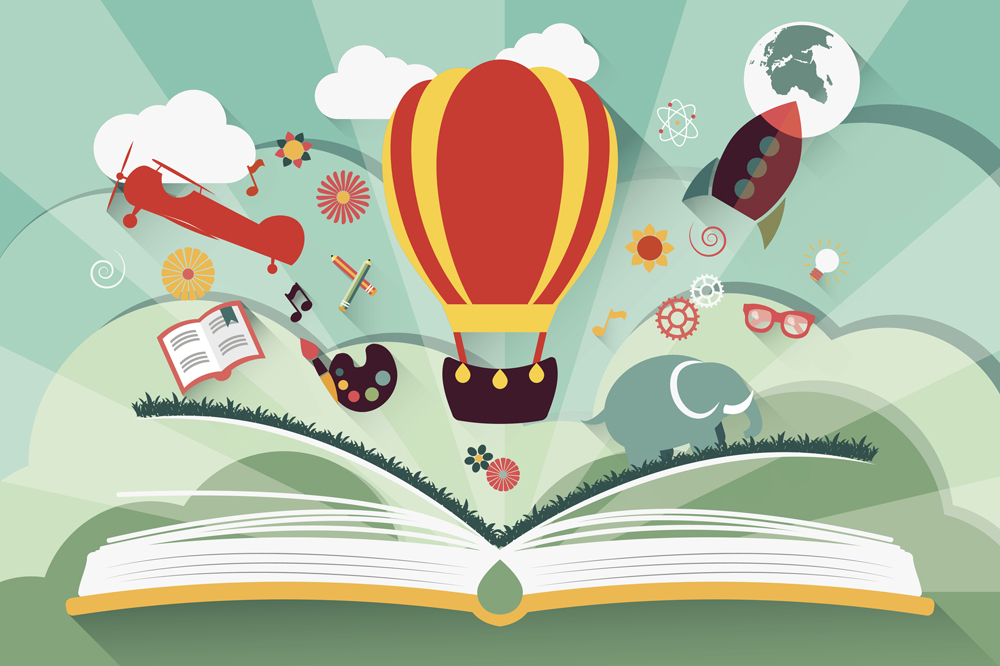 The pandemic has transformed the way we live from one day to the next, and it has certainly increased our reliance on digital technology as school, friendships and life have shifted to online platforms. Zoom cocktails anyone?

If you want to lure kids away from screens and provide them with the perfect form of escapism in these not-so-normal times, there is probably no better activity than reading.

Children travelling to parallel worlds has been a common plot in children’s literature as a way to learn important lessons about their own reality. Just think of Alice in Wonderland, The Wizard of Oz,

Where the Wild Things Are, James and the Giant Peach, and so many others. This type of literature is perfect for these times, when it feels like everything is changing. The power of imagination has never been needed more and books are one of the best ways to activate it. 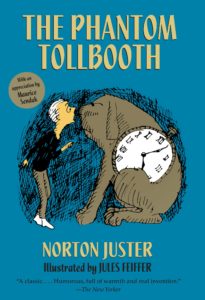 Although written in 1961, this gem of a book could just as easily have been published today considering how well it captures the boredom and loneliness that children seem to be exhibiting during the pandemic. Many readers will easily relate to protagonist Milo, who comes home from school to an empty apartment, only to find a mysterious tollbooth and a map in his room. He hops into his miniature car, map in hand and crosses through the tollbooth. No sooner does he find himself on the road to a place called Dictionopolis. Along the way, he makes friends with a dog named Tock, and together they pass through many strange lands on a mission to rescue the princesses Rhyme and Reason and bring them back to the Kingdom of Wisdom. Milo’s route is full of obstacles, but this boy, so prone to losing interest in everything around him, is suddenly enlivened by curiosity. He discovers that learning and having an open mind can constantly take you to new places, no matter what the circumstances. Milo and his fellow readers will come to realize together that new experiences are all around you — it’s just a matter of seeing the story and following where it leads. 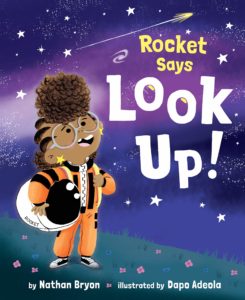 In this story, which won the 2020 Waterstone’s Children’s Book Prize, a young girl named Rocket dreams big and wants those around her to do the same. Rocket wants to be an astronaut and spends much of her time gazing at the stars and wondering what life is like up in the galaxies beyond our blue skies. When a meteor shower is set to pass through, she wants everyone to look up with her to experience and appreciate this special moment, especially her older brother Jamal, who spends most of his time looking at his computer or phone screen. Will she convince him to look up and not miss this spectacle in the sky? The book incites readers to open their eyes to the wonders the natural world has to offer, including those beyond our own planet, and imagine what is out there. 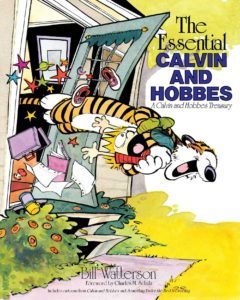 If your child is not much of a reader, this might be a good time to introduce him or her to Calvin and Hobbes, the popular comic strip that ran in syndication from 1985 to 1995. The whole premise was to bring the imaginary into everyday life. For precocious 6-year-old Calvin, his stuffed toy tiger Hobbes is as real as any other friend he might have. Together, they have adventures of all sorts in the real world and beyond. Young readers will relate to the way this dynamic duo must navigate the absurd world of adults, with all its rules and regulations. The joy of the comic is how easily these two best buddies have fun. Often equipped with little more than a little red wagon, Calvin has built himself a completely alternate world made to his liking and whims. In addition, with Calvin named after the 16th-century theologian John Calvin and Hobbes the 17th-century philosopher Thomas Hobbes, the comic has a lovely penchant towards the philosophical, which can be a soothing balm in these COVID-19. 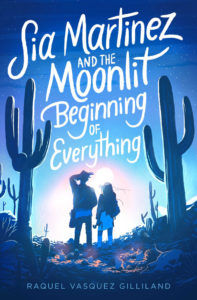 Sia Martinez and the Moonlit Beginning of Everything
(Simon Pulse, $24.99) by Raquel Vasquez Gilliland – Ages 13 and up

This debut novel deals with a wide range of contemporary issues such as racism, immigration and sexual assault, but with a supernatural twist that elevates the book from a standard coming-of-age story. Sia is an American-Mexican teenager living in Arizona. She is still grieving the deportation of her mother, and her mother’s eventual disappearance after attempting to cross the desert and border to reunite with her family. She finds some comfort in her best friend Rose and a new romance with a boy named Noah, but her world takes on a new trajectory when one night in the desert she sees a spacecraft with her mother on board. The book certainly mixes genres — not only bridging science-fiction with romance, but also introducing some mystical spirituality inspired by Sia’s Mexican heritage. (One of the main points of the novel is to celebrate diversity.) Poetically written, the book does not shy away from adolescent sexuality, systemic racism, child abuse and family bonds. The novel forms an allegory for our times, asking whether the divisions, inequalities and intolerance that exist in society are stranger than aliens.