I recently traveled to Haiti for work and one of the most inspiring moments was meeting a group of women who lived in the countryside. To reach them, we walked for a few hours along a stony path covered in thick mud. We arrived at the open hut that served as the village meeting place and I sat down to listen to these women talk about their lives.

They all worked small plots of land to feed their families and struggled to send their children to school with the little income they earned by selling the extra produce at the market. I heard about crops destroyed by hurricanes, abuses suffered at the hands of husbands and days that started at 3 a.m. and ended well into the night.Yet their stories were also full of hope. I realized that these women were recognizing the wrongs committed against them, the injustice of societal barriers as well as having to shoulder an unequal share of responsibilities. They were in the process of finding their voices, cultivating a sense of dignity in their hardships and beginning to carry the confidence of women who know that the first step to gaining rights is recognizing them within one’s self.

Meeting those women was a stark reminder of the lack of women’s rights in many parts of the world. And with International Women’s Day approaching on March 8, I want to encourage families to share with their children the history of women’s rights, so that young people will come to understand and appreciate the struggles of the past, the present and the future. 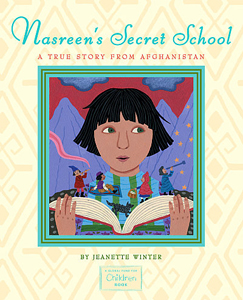 One of the great tragedies of modern Afghanistan is the suppression of women’s rights under the Taliban regime. Girls were forbidden to attend school and women could not work outside the home. Despite the supposed end of the Taliban rule, women in Afghanistan continue to face oppression and disregard for their basic rights. In this book, Winters tackles this subject through the story of Nasreen, a young girl whose grandmother takes an enormous risk by helping her granddaughter attend a secret school run out of someone’s home. The book shows the devastating impact of the repressive regime on this family, and by extension the entire country. But the book also celebrates the courage of those like Nasreen and her grandmother, who defy the rules in order to keep education for girls alive in the country and provide hope for a better future. 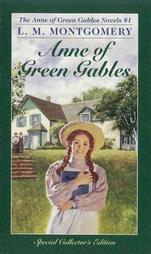 Anne of Green Gables (Doubleday Canada, $5.99)
by Lucy Maud Montgomery – Ages 10 and up

A favourite among many readers for its wonderful depiction of fiery redheaded orphan Anne Shirley, this book also carries a strong message about the value of a young woman staying true to herself. Anne is outspoken, impetuous, passionate and determined. She faces many struggles, such as life as an orphan and her desire to continue her education at a time when most girls couldn’t. Through it all, she makes mistakes, questions her decisions and admits to her vulnerability. Yet she always comes back to her true self: a young woman who will not stand for injustice and who will swallow her fears to do what is right. By never betraying that inner core, Anne becomes stronger, grows more confident and slowly finds herself achieving her dreams – lessons as relevant today as they were then. 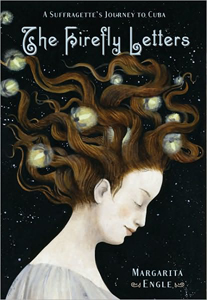 In this book, author and poet Margarita Engle uses poetry to explore the life of a little-known Swedish writer named Fredrika Bremer, who lived in the mid-1800s and whose works daringly portrayed women free of limitations. Bremer loved to travel and used her trips to observe and better understand social injustices like slavery. The Firefly Letters imagines what it would have been like for Bremer to visit Cuba in 1851 when the country was ruled by a small group of rich people who owned slaves. Through the lyrical poems, readers come to see the devastating effects of slavery on people, particularly young women. This is a book that will remind children just how precious and important freedom is for a person to truly live and be human.