Here are some books that will make learning the alphabet a fun and exciting adventure for your child and will show them the wondrous potential tucked away in letters. 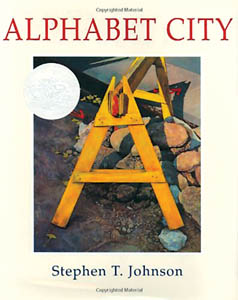 This award-winning book features the artwork of Stephen T. Johnson, who drew inspiration from his strolls around New York City to create an alphabet hidden in the everyday sights and sounds of the city. He brings the reader along on an A to Z journey, passing by an E found in the silhouette of a hanging traffic light, an M in the majestic arches of the Brooklyn Bridge and a Y that springs out from twin-headed lampposts. Johnson’s drawings are rendered with beautiful realism, making it easy to imagine seeing the letters while out and about on the streets. The book has no words but doesn’t need any to express that our environment can be a great source of inspiration. Your children will undoubtedly begin their own letter search when looking around their room, the house, the playground and anywhere else they just might happen to be. 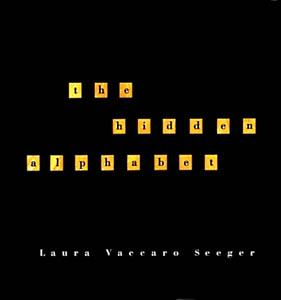 The Hidden Alphabet (Roaring Brook Press, $22.99)
by Laura Vaccaro Seeger – Ages 2 and up

Young readers will delight in this sturdy, lift-the-flap book in which each page features an object, from an arrowhead to a zipper, that is then transformed into the corresponding letter when children peek underneath. For instance, two balloons become the centers of the letter B and a raindrop forms the middle part of the letter R. Children will have a great time making the connection between the letter at the beginning of each word and the one waiting to be revealed behind the flap. With its whimsical design, Seeger has succeeded in creating a book that children will love to look at again and again and it will help them learn their alphabet in no time! 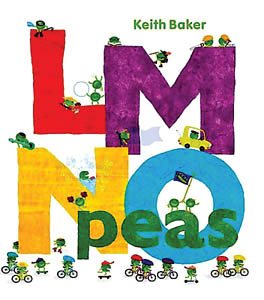 Using a play on words that makes the “P” in the alphabet into the kind of peas that come from a pod, the author creates a zany and eye-catching book for little ones. These alphabet peas are trying out all the professions under the alphabet sun. They attempt to be acrobats and astronauts, gardeners and gigglers, and voters and volunteers, making their way through each letter of the alphabet while having lots of fun. The best part of the book is the adorable quality of the peas. They express so much joyful amusement with each endeavour that readers will be flipping pages with eager anticipation to see what kind of alphabet activity the peas embark on next. And readers can have fun thinking up their own letter-inspired occupations.

This sophisticated book is definitely for children who have already mastered their alphabet. The purpose of the book is to introduce readers to the wild world of collective nouns used for animals. A collective noun is a term used to describe a group, and for animals the terms can be quite specific and quite peculiar. For instance, a group of butterflies is referred to as a kaleidoscope while there is also a raft of otters and an exaltation of larks. The team of graphic artists at Woop Studios demonstrate that there are enough of these crazy collective nouns to go through the entire alphabet! The stunning and stylized illustrations that accompany each collective noun add to the mysterious whimsy of these terms and bring out the beauty of the animals that they are meant to define. In addition, there is a small paragraph that describes some specific characteristics of each featured animal. This book shows that learning the English language can be a magical and even unexpected experience.