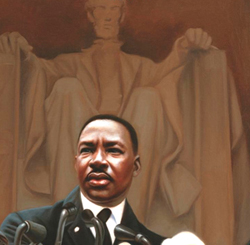 August 28th marks the 50th anniversary of Dr. Martin Luther King Jr.’s famous I Have a Dream speech. Given on the steps of the Lincoln Memorial in Washington D.C., in front of a crowd of 250,000 people, this speech captured the need and desire for a society built on equality.

King was one of the leading figures in the civil rights movement and worked incessantly to bring attention to the injustice of segregation. His message was always one of non-violence, even in the face of repression and arrest.

King’s words on that day were the culmination of years of struggle. In his speech, he laid a blueprint for the future.

Less than a year after that speech was given, the Civil Rights Act was passed. It was a major step toward the dream King spoke of that day. Sadly, King did not live long enough to see the dramatic and profound changes the civil rights movement wrought. He was assassinated in 1968.

Half a decade later, that speech and his vision continue to inspire people to work for justice, equality, and peace. For this to take place, however, a new generation must be made aware of his work and his words. Here are a few books that can do just that! 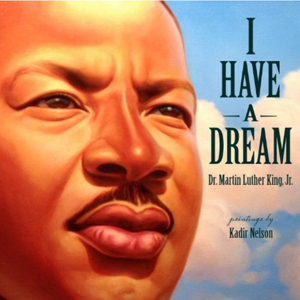 This book introduces readers to some of the most compelling and famous parts of King’s history-making speech at the March on Washington. The stirring words are illuminated by beautiful illustrations created by award-winning artist Kadir Nelson. The book opens with a picture of Martin Luther King looking out over the unseen crowd, the statue of Abraham Lincoln towering behind him. The intensity in his eyes speaks to the weight of the responsibility he bore in the struggle for civil rights and how he understood the significance of the speech he was about to give. The book continues with such famous passages as “I have a dream that one day…little black boys and black girls will be able to join hands with little white boys and white girls as sisters and brothers,” or “From every mountainside, let freedom ring.” Children will appreciate how King renders his message into one about humanity and dignity by citing actions as simple as children holding hands and standing next to one another. They will understand clearly the freedom that King spoke of and why he was a leader of the civil rights movement. The book also comes with a recording of King’s speech so that children can hear firsthand the intensity with which he gave it. 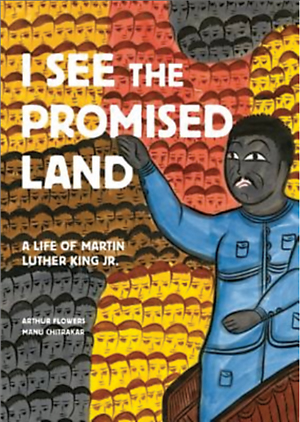 This unconventional book could almost be described as a graphic novel, joining snippets of text and dialogue with arresting images. The book begins with a short yet concise history of slavery in the United States and how it instilled a culture of racism. This context is important for explaining King’s passion and commitment. The book does not gloss over King’s life, but shows his strength and his flaws. The author also captures the dissention and power struggles within the civil rights movement itself. Flowers’ narrative has a rhythmic cadence that may take readers a bit of time to adjust to, but it conveys the culture and traditions of the African American community and helps plunge the reader into that period in time. Chitrakar’s mosaic of images shows the many horrors that took place at the time, revealing the courage it took to confront them. The book gives readers much to reflect on, challenging them to think about how they themselves can confront injustices. 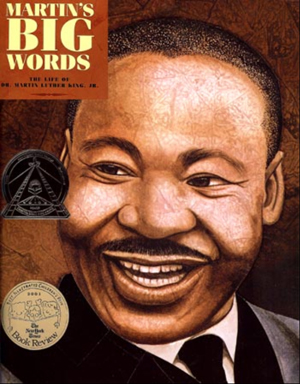 Author Doreen Rappaport was present when King gave his famous speech in Washington D.C. and it compelled her to take action. Part of that included writing this children’s biography of King. In it, she explores the deep impact words had on him. From the signs in shops that told him he couldn’t enter because of the colour of his skin to his father’s work as a preacher, King understood early on the impact words could have. Rappaport then uses quotes from King himself to tell his life story, showing how he used words in meaningful ways. The story further comes to life through the beautiful paintings of illustrator Bryan Collier, which are a mixture of collage and watercolour. They draw the reader into King’s world and let them linger there to fully take in his “big words.”