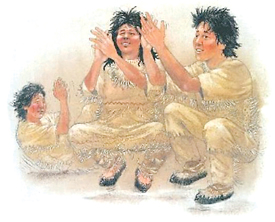 In December, Attawapiskat Chief Theresa Spence began a hunger strike to protest Bill C-45. If passed in Parliament, this omnibus bill includes amendments to the Indian Act that will affect the land reserved for First Nations communities. Chief Spence’s hunger strike has brought worldwide attention to the Idle No More movement, which asks the Canadian government to respect the sovereignty of  First Nations communities and their sacred  relationship with the environment. This movement has spread beyond the borders of Canada, as indigenous groups around the world recognize in it their own struggles for land rights. It may be hard for children, and even adults, to understand the complexities of these issues due to a lack of awareness  of the rich cultural heritage of Canada’s First Nations communities. The following books will help children understand the history and culture of First Nations communities and why they are such an integral part of our Canadian heritage. 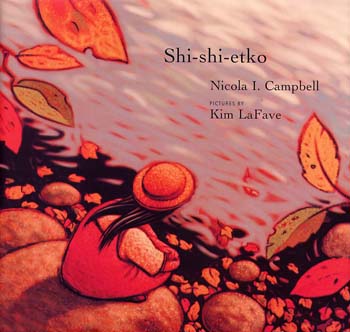 This beautifully illustrated book tells the story of a young girl who is only four days away from leaving for a residential school. In the 19th century, the Canadian government adopted a policy of assimilation for First Nations people, which included sending aboriginal children to boarding schools to learn Western culture, language and values. This policy tore many families apart; children as young as 4 had to leave their parents, their homes and their way of life. In the book, Shi-shi-etko visits all of her favourite places and does all of her favourite activities as a way to imprint them in her memory in fear that she will forget them when she is gone. From canoeing with her father to carefully listening to the wind to capture its rhythm, Shi-shi-etko tries to make sure she firmly understands who she is and where she comes from so she can tap into those memories in her moments of loneliness and despair. Author Campbell includes an introductory note at the beginning of the book to explain residential schools to readers. The remarkable quality of the book is that its tone never dissolves into anger or bitterness, but rather lets the reader come to his/her proper conclusion of this painful experience. 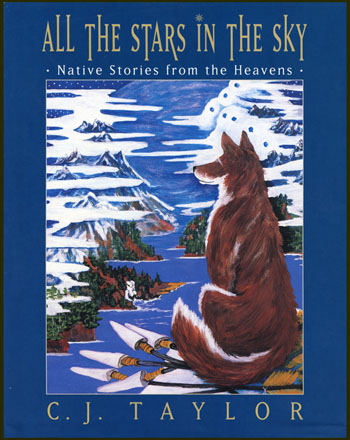 Local children’s author and illustrator C.J. Taylor has dedicated her career to telling the stories of North America’s aboriginal peoples to children. In this title, Taylor, who is herself Mohawk, recounts legends inspired by the mysteries of the night sky. She draws on stories from the Cherokee, Salish, Onondaga, Blackfoot, Netsilik (Inuit), Wasco and Ojibwa nations. The short stories are whimsical and express the various elements, such as the stars, the moon and the Northern Lights, which make the night sky such an enigmatic part of nature. Through these stories, Taylor conveys the respect for nature that is held in aboriginal culture. In all the stories, the night sky is more than just a black canvas covered in dots to look up at. Rather, it has a soul and a spirit that holds wisdom and knowledge that guides us and that we can learn from. 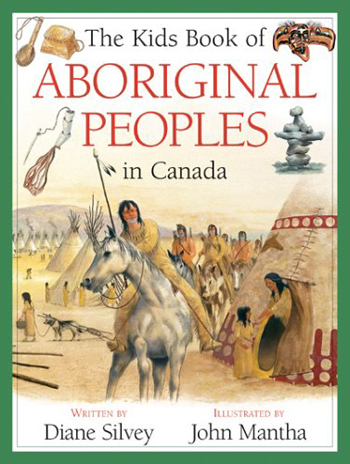 This book is a great place to start discovering Canada’s aboriginal culture. The book describes various tribes across the country, noting the customs that make each distinct yet also highlighting the many practices and beliefs that tie them together. The book takes a historical approach, first describing the traditional ways of life of Canada’s native people before the arrival of Europeans, followed by the impact of colonization, the efforts by tribes to preserve their traditions and culture, and their struggles to have their rights recognized and respected. The book gives an excellent introductory overview of Canada’s aboriginal peoples, using illustrations and images of artifacts to bring to life a culture that is so close to us, yet often feels much too far removed. 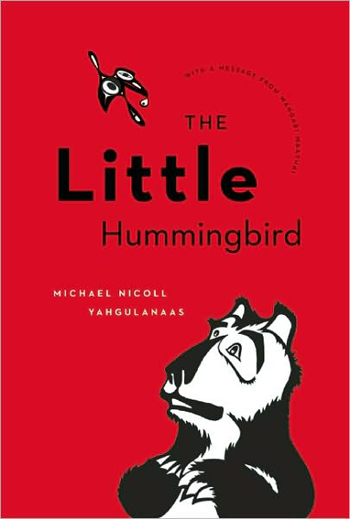 Mangas are a form of Asian graphic novel, and artist Michael Nicoll Yahgulanaas has taken them to a whole new level by adapting them to aboriginal stories and art. More specifically, he has been inspired by this art form to create mangas based on his own Haida culture. The Haida Nation live in northern British Columbia and are known for their representations of animals in their totem poles, sculptures and other arts and crafts. This simple yet evocative story of a hummingbird that tries to save a forest when it catches fire is based on an indigenous South America legend. The author puts his own spin on it, capturing the Haida’s deep connection and respect for nature. The rhythm of the story combined with the intricate designs etched into the illustrations of the animals not only convey the beauty and majesty of our Canadian wilderness, but also the urgency to preserve it.