Board Games: how to pick a winner

A board game is a bit like a jar of tomato sauce in the pantry: they are both staples in the family home. A snowy Saturday afternoon? Pull out Monopoly. Need some downtime together as a family? Grab the Scrabble board. Games not only teach children about winning, losing and playing fair, they also reinforce math and language skills in ways likely to elicit shrieks of joy and peels of laughter.

But it can be challenging to build a collection of board games that will be used regularly by a family. Walk into most toy stores and you’ll see rows and rows of games, but you’ll only have a brief description on the box from which to base your decision.

So that’s why Montreal Families surveyed a few independent toy store owners about their favourite games. Few people know more about the host of games on the market than those who make their living selling these types of products.

Peter Michaud, owner of Aux Jeux toy store in D.D.O., said he and his kids, ages 9 and 14, enjoy a game called Zooloretto, by Rio 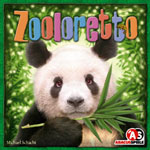 Grande Games (Approx. $40). It’s an animal-inspired, interactive board game for players 8 years old and up, which can used by up to five people. Each player uses animal game pieces (flat tiles with pictures on them) to build a zoo that will attract as many visitors as possible. But there is strategy involved as well: players must balance the different kinds of animals in the zoo or it can become over-crowded and then points are taken away. Michaud adds the game tends to inspire a certain degree of silliness and giggles as family members compete for different animals. “There’s a lot of laughter when we play. It’s just a lot of fun.”

Ramsey Soueida, owner of Kidlink in N.D.G., says the fast-pace of today’s lifestyles means games must be engaging, easy-to-learn and educational. “The days when you had to sit down and read three hours of instructions are long gone,” he says. “If I can’t learn a game and then describe it to my clients in less than five minutes, it doesn’t come into my store.”

When asked about his favourite game, Soueida wasted no time naming Keesdrow and Keesdrow Deluxe, by Pywacket Company (Approx. $40). “I get amazing feedback about them,” he says. Keesdrow, (or “word seek” spelled backwards) is for players 8 years old and up. It has garnered numerous awards including the Canadian Toy Testing Council Children’s Choice Award for 2008, a MENSA Select Mind Games award and Dr. Toy Smart Play/Smart Toy Award, among others.

Keesdrow resembles Scrabble in that players use letter tiles to make words. However, instead of selecting tiles, players search for words on the board that is already covered with letters. The difficulty is that words must be formed by using letter tiles that are connected to each other on at least one side. The other challenge is that letters have predetermined point values, so players must consider how best to combine the letters to make words that will win more points.

Heejin Jang, owner of Rêve d’enfant in Pointe Claire, is a passionate board game player and her store hosts in-store game nights so

people can actually try out the many games available. She says it’s not easy for her to select even one or two favourites, but when pressed, she names BrainStonz, by Mcwiz Games (Approx. $35), a Quebec-based company.

“It’s a coffee table game for two people,” Jang explains. The attractive game, for players 12 years old and up, comes in a decorative wooden box that has a storage drawer and features actual polished black or white river stones game pieces. Players have 10 chances to move the river stones on and off the raised wooden playing surface. The object is for one player to get four stones in a row. “It’s like tick-tack-toe but with lots of strategy and it only takes five minutes to play,” she says, adding, “It’s addictive.”

How to select a game for your family

Before you head out to buy a board game, for your family or someone else, you’ll need to consider a few things:

Just because a game comes with a set of rules, it doesn’t mean you have to follow them. Many families adapt board games to their particular situation: playing in teams of two or three, giving smaller kids more time to complete a round, etc. The rule book should only serve as a guide.

A Canadian Toy Testing Council Best Bet for this year, the game has a grid-like board on which players must strategically place pieces in order to win “gems” (shiny coloured stones). The complication is that players must follow arrow patterns found on a set of dice. The game includes strategy and math skills as players must add up scores, with the highest one winning. It’s not incredibly fast-paced — a game might take 30-40 minutes — but the rolling dice keep everyone on edge.

A Canadian Toy Testing Council Kids Choice winner for this year, Travel Mania is a trivia game in which players must answer questions to collect stamps and visas from five continents. To add to the fun, players may end up drawing a Looney Luck card, which asks them to sing a song or do something silly in order to continue with the game. This is an entertaining way to learn about geography and world cultures. 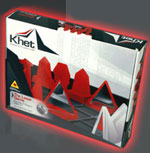 A multiple-award winner, this strategy game is akin to playing chess with Egyptian-themed pieces. However, there is an added “wow” factor in that pieces can be removed from the board if they are hit by a small laser beam (activated by pushing on a button). The game uses mirrored playing pieces to reflect the laser and it demands a fairly high level of skill, strategy and spatial sense to win.