Special needs
Summer
Things to Do

Two West Island bloggers are teaming up to draw attention to the need for more accessible parks and playgrounds in Montreal. Although one in seven Canadians live with a disability, the majority of Montreal parks aren’t designed to accommodate visitors with limited mobility, visual or hearing impairments and other challenges. 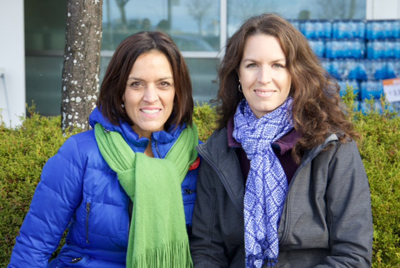 Christine Latreille of strollerparking.ca (a playground review site) and Rhonda Massad of westIslandblog.com (pictured left) said they hope that by joining forces they can challenge Montreal municipalities to rethink playground design to ensure all children have a place to play.

According to the Rick Hansen Foundation, children with disabilities are at a higher risk of social isolation and are more likely to play alone and at home, with parents or caregivers instead of peers. Inclusive playgrounds provide a way for these children to meet other kids and play.

“Kids don’t want to go to a park to watch, they want to play so it needs to be barrier-free,” Latreille said. If they go to a park that isn’t accessible, it only reminds them of what they can’t do, she added.

For example, hearing-impaired children with cochlear implants can’t use regular slides because the static can short out the implant. A roller slide is as much or more fun than a regular slide, without the problematic static. Latreille said not a single park in Montreal is equipped with this type of slide.

Having written detailed reviews of hundreds of parks in the Montreal area, Latreille said there are only a handful of parks in the metropolitan area where children with disabilities can play freely. She said Wilson Park in Verdun, which just opened this summer, is the only fully inclusive playground on the island. It has a play structure with a ramp, four kinds of swings (including an adapted swing for children with disabilities and a tandem swing for an adult and child to swing together), and play features like chimes and steering wheels at ground-level.

Other parks like Grier Park in Pierrefonds, Robert Prévost Park in Ville Marie and Ferland Park in St. Léonard have some accessible features and play structures, but the vast majority of Montreal parks were planned with little or no consideration for people with mobility or other issues.

“The thought of children sitting at home because they have nowhere to play is really sad,” Latreille said. “I get frustrated when I go to these different parks and see how they could have made them more inclusive by adding a few more things or changing things just a little bit.”

Although many boroughs and cities are starting to add a few features with the intention to improve playground accessibility, she said these improvements are often done piecemeal and the results can be nonsensical. In one park, carpeting was installed to make a park wheelchair-accessible, but the only play equipment in reach was a 25-foot tall rope climber that a child in a wheelchair would not be able to play on. In another, an adaptive swing was installed over sand, which a wheelchair cannot cross. 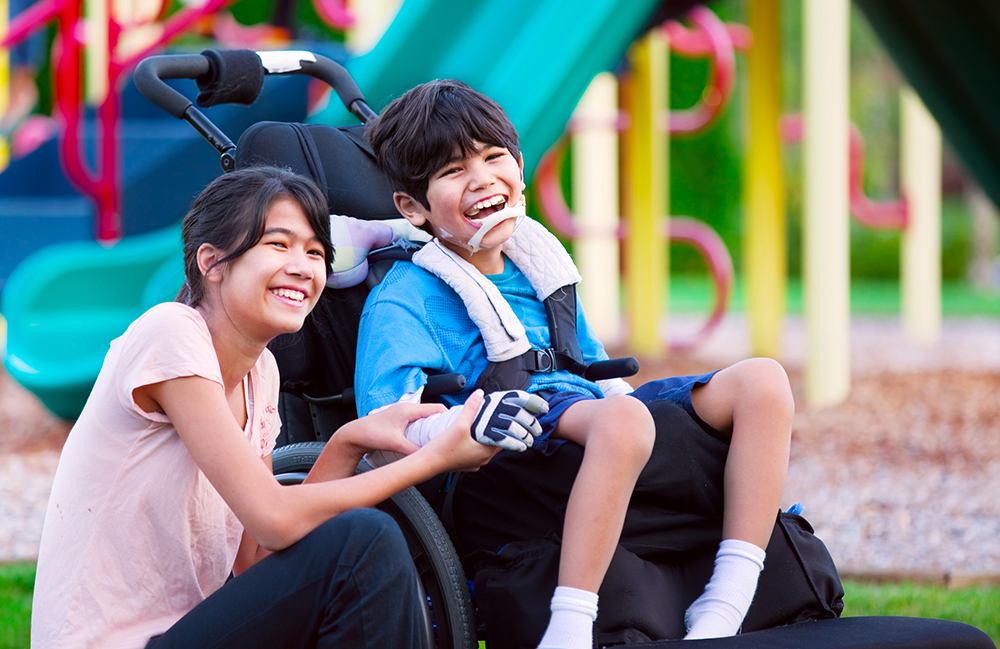 ​Massad and Latreille said they would like to see Montreal municipal councils create committees so families can offer feedback and suggestions when planning new parks and playground upgrades so issues like these can be worked out in advance. They believe playground accessibility is an issue many elected officials just aren’t aware of. “If you don’t live in a house with a child with disabilities you’re just not aware of their needs,” Massad said.

Latreille and Massad pointed out that improving accessibility doesn’t just help children with disabilities, but also makes community spaces more inclusive for everyone. “I’ve met adults who are in wheelchairs who can’t find a park where they can go for a picnic because they can’t get through with their wheelchair,” Massad said.

Because she gets so many inquiries through her playground blog from parents looking for specific features such as fenced playgrounds for autistic children, adaptive swings or wheelchair-accessible play surfaces, Latreille meticulously categorizes the parks she reviews on strollerparking.ca to make it easier for parents to bring their children to parks where they know they can play. But depending where they live, parents of children with disabilities sometimes have to drive an hour or more to find a suitable park.

“We’re the second largest city in Canada, and I can’t believe we can’t build inclusive parks for our kids,” Latreille said. “I hate telling parents they have to travel across the city to find a place where their child can play.”

If you would like to help with their initiative, email christine@strollerparking.ca.