It’s been at least 20 years since the red and white silhouettes on Block Parent signs have adorned windows in Pointe-Claire, and resident Tara Stainforth says it was time to bring the program back.

“We all grew up with that and we all have kids now, so it would be nice to have Block Parents around so if there’s a problem, there’s a safe place to go,” she said.

The program started in Canada in 1968 and came to Quebec in 1976. A neighbourhood home is chosen to act as a safe haven for children, seniors and anyone else in distress. Before they’re approved, applicants go through a screening process that includes a home visit, an interview and a full background check.

So far, Pointe-Claire has five houses with signs in the window, and 10 new sign ups awaiting police check results. Though she knows it’s unrealistic to hope every Pointe-Claire resident signs up, Stainforth said the goal is to have as many Block Parents as possible.

“People are less available these days, so the more people who have the sign the more likely it is there will be a home to go to,” she said.

The recently-formed committee is holding an event in conjunction with other Pointe-Claire parenting groups at the Cedar Park Heights Chalet April 26 to officially launch the program and attract potential volunteers. There will be face painting, inflatable installations and snacks.

Stainforth said though many kids today have cell phones now and aren’t out and about too often, the program is an added safety measure and, hopefully, an added sense of peace of mind for Pointe-Claire residents who find themselves in trouble.

“It’s good to know there’s a safe place to run to,” she said.

For more information on becoming a Pointe-Claire Block Parent, visit their website at parentssecours-pc.ca/home. 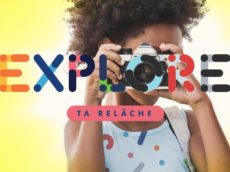 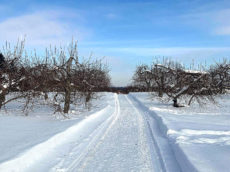 Hike the orchards at this cidery

The apple trees may be covered in a blanket of snow, but…