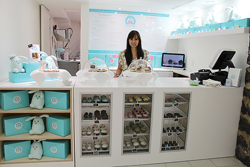 When Viviane Nguyen’s eldest son was 10 months old, she wanted to get some pictures of him eating his first cake – potentially adorable shots of him covered in icing. But when Ethan just touched the butter cream frosting, his eyes turned red, his nose became runny, he vomited, and his skin became covered in hives. After a trip to the emergency ward, the parents were told that Ethan had more than 30 allergies, including eggs, dairy, nuts, gluten, soy, corn, peas, strawberries, mushrooms, and celery.

Nguyen said that soon after, she started to bake so that her son could enjoy sweets and cakes like other kids. “The first time that I made him sweets, he was so happy and excited,” she said. “Then I thought, if my son can have this cupcake, then other kids who have allergies should be able to enjoy similar treats.”

So she decided to open a bakery called Petit Lapin, which sells products free of 10 food allergens. These include dairy, eggs, soy, wheat and gluten, peanuts, tree nuts (almonds, brazil nuts, macadamia nuts, pecans, pine nuts, pistachio nuts and walnuts), fish and seafood, sulfites, and mustard. The treats are made from organic products and are all vegan.

The bakery sells donuts, cream puffs, madeleines, macarons  and a variety of cupcakes. Creating these recipes took a lot of trial and error. According to Nguyen, finding the right replacement for an allergen is always the most difficult part. 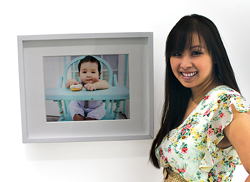 Unlike most vegan recipes, which mostly use corn to replace products containing gluten, Nguyen uses many rice-based ingredients. She replaces dairy with rice milk, butter with coconut oil (which is solid), eggs with applesauce and sometimes bananas. Regular flour is replaced with rice flour.

Nguyen also explained how the bakery got its name: her son’s date of birth. “My son was born in the year of the rabbit in the Chinese calendar [in French, lapin means rabbit].

The bakery also caters special events, such as birthday parties and weddings. Petit Lapin Bakery is located at 342A Victoria Ave., Westmount.