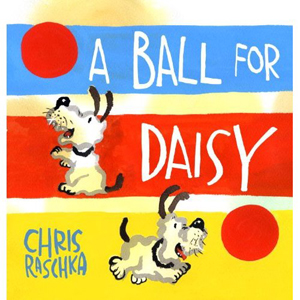 Each year, hundreds of  attractive new children’s book hit the shelves and it can be daunting to sort through them all to find the best ones. But there is one way to make your choices a little easier: read about the many awards handed out each year that honour the brightest and  most creative group of  writers and illustrators.

By this time of year, the judging panels have done  all the hard work and the prizes have been handed out,  so readers can use them as an excellent guide to navigate through the world of  children’s books. To narrow the list even further, we’ve reviewed the winners of some of the top awards specifically for illustration in books geared to younger children. 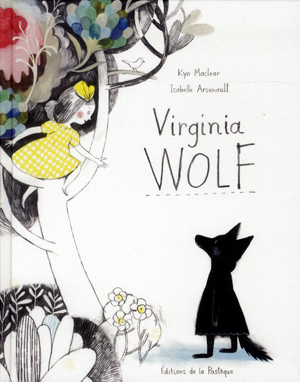 This delightful book took the Governor General’s award in a hotly contested category. Author Kyo Maclear pays homage to legendary British author Virginia Woolf and her sister Vanessa. Maclear brings the two women to life as girls. The close relationship between the sisters is shaken when Virginia falls into a foul mood that Vanessa describes as being wolfish. Caught under a dark cloud, Virginia simply can’t seem to shake her bad mood and the desire to be alone. Vanessa, unwilling to give up on her sister, tries to cheer her up by painting a garden for her. It takes several attempts, but finally Virginia realizes that the love and support that her sister is showing her can help her battle through her wolfish periods. Montreal artist Isabelle Arsenault illustrates the story with the perfect touch. The two sisters begin the story in colourful dresses, but they quickly turn to shadows as Virginia’s mood darkens and she takes on the silhouette of a little wolf.  In sharp contrast are beautiful shades of reds, blues and greens that emanate from Vanessa’s paintings, as she tries to rekindle her sister’s passion to enjoy life.  This is a warm and uplifting book for kids. 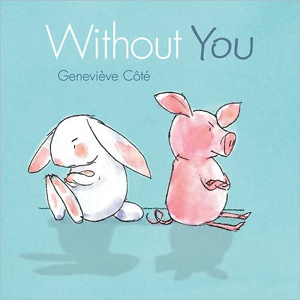 Montreal author and illustrator Geneviève Côté revisits best friends Pig and Rabbit, who were featured in her first book Me and You. This time around, they have a disagreement and call it quits on their friendship. They try to prove to each other that they don’t miss each other by doing activities that can be done individually. Eventually, however, they concede that it is often more fun to do things together. With few words, Côté shows how personality differences in young children can cause them to have an occasional falling out, but that the bonds of friendship will always prevail. Côté shows how children have an innate desire to be around other children and to discover, or re-discover in this case, the joys of having friends. Côté’s soft illustrations perfectly capture the distinct personalities and feelings of her two main characters in the face of the challenges to their friendship. By putting more emphasis on the illustrations rather than text, it makes the readers focus more on the two main characters and their friendship.

In this whimsical book, Chris Raschka tells the story of a playful little dog named Daisy – but only through the use of colourful, yet simple, illustrations. Daisy has a beloved red ball that she plays with constantly but one day it goes missing and she is very upset. Raschka brilliantly brings to life the range of emotions Daisy experiences as she searches for her favourite toy. The simple lines on her face show her joy as much as her sadness over her red ball. Children who have had an object of comfort in their lives that they’ve had to give up, will relate to this story. Daisy’s exuberance and adorable boundless energy will win over any reader who picks up this charming book.