Are all G-rated movies appropriate for kids?

Ernest Marcus got an unplanned lesson in the Quebec movie rating system when he went to see a film with a friend and her 7-year-old granddaughter. After perusing the Montreal Gazette, they decided to go see The Kids Are All Right, which had a “G” rating (meaning appropriate for general audiences). But soon after the film began, they were horrified by the sexually-explicit scenes, references to drugs and coarse language.

Marcus and his friend quickly whisked the child out of the theatre and then complained to the manager, who told them that the movie was actually rated “13+” (which means that those under the age of 13 must be accompanied by an adult).

He later discovered that the Gazette had made an error with the film’s rating. But Marcus decided to check other Canadian papers, discovering, for example, that the Ontario Film Review Board had given The Kids Are All Right a rating of 14+, with a warning about coarse language. In the United States, the film earned an “R” rating, meaning an adult must accompany any viewers under age 17. However, In Quebec, the Régie gave the movie a rating of 13+, with the classification of “eroticism,” indicating that sexual situations were central to the main plot of the film.

The fact that other rating boards had put more restrictions on the movie has left Marcus wondering just how much people can trust Quebec’s rating system. He worries that the this province’s ratings might mean more young viewers will end up seeing films with inappropriate content such as foul language or sexual situations.

Esther Tremblay, the coordinator for planning and communication at the province’s film rating board, the Régie du Cinema, notes that there are four general categories of ratings (see sidebar) plus seven additional classifications reviewers use to offer more information to parents and caregivers. Of those seven, two apply to G-rated movies:  “For children” (the movie is particularly suited to young children) and “Not suitable for young children” (the film may have content disturbing to children under age 8).

For films rated 13+, 16+ and 18+, the Régie may add the following classifications: coarse language, eroticism, violence, horror and explicit sexuality. (For more information on the Régie’s classification, visit www.rcq.qc.ca.)

Tremblay says movies are carefully reviewed and classified by qualified people. “Our reviewers examine each film according to its style and context, and evaluate the content according to social norms and values,” she says. However, Tremblay adds that ratings in Quebec may occasionally differ from those in Ontario because of social and cultural differences between the provinces.

While all films shown in Quebec (whether in theatres or on DVD) must be rated by law, errors can occasionally happen when the film distributors pass this information on to newspapers or theatres. Tremblay adds that complaints about ratings are very rare, but when they occur, the Régie can choose to re-evaluate a film.

Marcus feels his experience with this film have made him a bit wary about trusting any single source for a rating, but there are a variety of other resources parents and caregivers can use to decide whether a movie is right for their kids (see below). It’s a precaution certainly worth taking if you want to avoid potentially disturbing or frightening material. 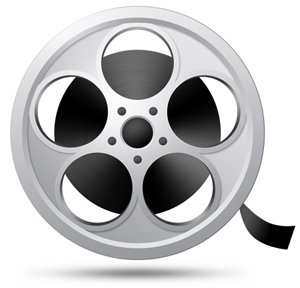 The Régie has four categories of ratings, to which they may add additional classifications indicating if a movie is inappropriate for children under 8 or if it contains coarse language or violence.

Note that the rating of “13+” means that children under that age can’t purchase or view the film unless accompanied by an adult.  This is not the case for films rated 16+ or 18+, which require legal proof of age for purchase or viewing. (Taken from the Régie du cinema website, www.rcq.qc.ca.)

If you want more detailed information about a movie, turn on your computer or smart phone and check out these sites:

www.commonsensemedia.org: offers detailed ratings by experts, parents and kids. Not only can you find out if there are sexual references in a movie, for example, but it will explain exactly what they are (brief kissing, no nudity, oblique references, etc.). In addition to rating films, they also offer ratings for televisions shows, books and popular music.

www.premium.kids-in-mind.com: this website, although loaded with advertisements, rates movies on several scales including sex and nudity, violence and gore as well as profanity. They also discuss instances of substance abuse, offer a list of discussion topics (i.e. questions kids may have after watching the film) as well as outlining what they see as key messages in the movie. They also offer a smart phone app ($1.99) so you can easily check movie reviews while on the go.

http://parentpreviews.com: this site offers detailed ratings of movies as well as videos. Films are “graded” according to violence, sexual content, language as well as alcohol and drug use. There is also an “overall grade” to guide parents towards films that are particularly entertaining or that have great artistic merit.