Home / January 2021 / Always clear off snow before starting a car 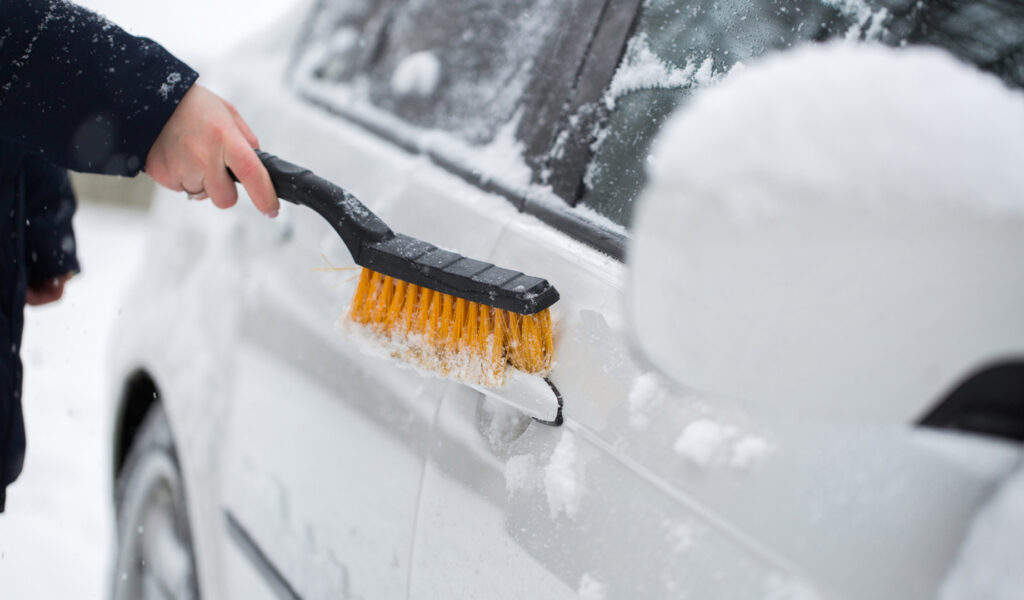 After a snowstorm, have you ever put your child in a car seat, started the vehicle to warm it up and then began digging out? If so, you could be inadvertently putting your child at serious risk.

If the snow has covered the exhaust pipe, carbon monoxide fumes that would normally be expelled will be forced back inside the vehicle, causing passengers to ingest the toxic gas. To avoid this, drivers should always clear snow from the car prior to starting the engine and ensure that the exhaust pipe is not blocked.

What is carbon monoxide?

Carbon monoxide is an odourless, colourless, and tasteless gas. A child can be seriously hurt without even being aware toxic fumes are being ingested.

Mild poisoning can cause headaches, dizziness, nausea, vomiting, and fatigue. More serious exposure can result in fainting, convulsions, coma, and even death.

When ingested, carbon monoxide bonds to the hemoglobin in the blood, preventing the natural flow of oxygen through the body.

Some people are more susceptible to intoxication by fumes, including pregnant women, their unborn fetuses, as well as newborns, young children and the elderly (because their breathing is shallower and faster).

After a big snowfall a few years ago, at least four Montrealers were rushed to hospital after being found unconscious in their cars. In each case, the people were inside a car partially buried in snow with the engine running.

Also, drivers should never leave their car running inside the garage — even if the garage door is open.

Related read: How to keep kids warm and safe in winter