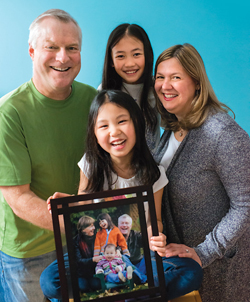 There’s a Chinese saying that’s popular among adoptive families – that an invisible red thread connects all those who are destined to be part of each other’s lives.

Going through the adoption process is like unravelling that red thread through mountains of bureaucracy and paperwork, usually over the course of years, until you reach your child at the end.

Starting an adoption journey can be confusing and sometimes daunting. I attended every seminar my adoption agency scheduled, read way too much, worried way too much and, in between, I collected hand-me-downs and shopped. When I got discouraged and feared my first daughter (coming from China) would never get here, I laid out all the baby things on the spare bed and stared at them, willing myself to believe that some day there would be a real, live little girl running (crawling?) around in them. I was incredibly fortunate. It happened, twice.

If you’re thinking about adoption, here’s a primer on some of the things you should know.

There are two types of adoption: domestic, meaning within Quebec; and international, which covers both other countries and, because social services fall under provincial jurisdiction, also includes the rest of Canada.

All files, domestic and international, need to go through a provincial youth protection office: the Centre de Jeunesse offices handle files in French, and Batshaw Youth and Family Centres serves the anglophone community.

It sounds simple enough: Contact the intake department at Batshaw, complete the registration forms and get placed on the adoption registry list and then they’ll contact you for an evaluation once you get near the top of the list. Families who are now at the top of the list have been on it since 2006.  For the past few years, only five or so infants have been available to be adopted in any one year.

Batshaw also has what it calls its Mixed Bank, which is, essentially, fostering with a view to adopt. Most of the children in this category will eventually be eligible to be adopted – either through the biological parents’ decision or, if a set of legal requirements has been met, a youth protection worker will petition the court for what is called a declaration of adoptability.

Manuella Piovesan, the program manager for adoption at Batshaw, says that this group includes children they are fairly confident will become eligible for adoption – if there is a real chance that children could be returned to their biological parents, they will be placed in regular foster care, not with parents looking to adopt.

Like domestic adoption, you need to register with Batshaw and comply with its requirements for background checks, references and psychosocial evaluations. In addition, each country has its own criteria for prospective parents along with the required paperwork. You need to sign a contract with an agency, the adoption must be sanctioned by the Secrétariat à l’adoption internationale, and then there’s the immigration paperwork.

The best way to choose a country (it must be on the list of countries considered “open” by the Secrétariat à l’adoption internationale) is through research: there are lots of adoption discussion groups on the Internet that usually have up-to-date information, for example, the ages of the children being adopted, health issues, etc.; adoption agencies will also be able to fill you in on specific requirements as well as the benefits and drawbacks in each country.

Costs of foreign adoptions vary: they usually start at $20,000, and can, in some cases, run to over $60,000.  The biggest cost is usually travel because parents have to visit  the countries, often more than once.

China, long a destination for many adoptive parents, tightened its requirements and started to promote adoption within its own borders several years ago.

Haiti, another country Quebecers often chose to adopt from, shut its doors to foreign adoption following its earthquake in 2010 while it revamped its system to comply with international guidelines. While it is getting set to resume operations, probably later this year, it will be at a slow pace, and the first parents to be united with their children will be those who were already waiting when the earthquake hit.

Declining foreign adoptions here mirror a global trend, says Noémie Vanhueverzwijn, a spokesperson at the Secrétariat à l’adoption internationale. “When countries develop their own adoption networks, young babies are adopted locally. The children (who come here) are older or have special needs.”

But agencies are signing agreements with new countries: Bulgaria and Ukraine have re-opened for adoptions, and Burundi, for example, has been added to the list of “open” countries.

Linda Filosa of Soleil des Nations, which handles adoptions from Colombia, says if parents are open to adopting older children or those with what are considered “correctible” special needs, such as cleft palates, files can be processed within a couple of years. It’s important for prospective parents to be realistic and honest, she said, about what health or other issues they can accept in their child.

Batshaw’s Piovesan says she’s also seeing an increase in children adopted from Ontario. People who live on the western part of the island of Montreal fall within the radius served by the Children’s Aid Society in the eastern part of Ontario.

For parents willing to jump through the hoops, that red thread of destiny can still connect adoptive  parents and their children. It just requires perseverance and patience to find its end. 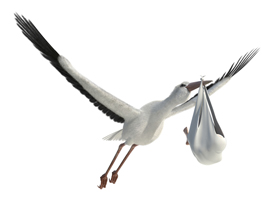 You’ve done the paperwork, now what?

The CSSS offers support groups for parents during the pre-adoption wait, as well as a six-session workshop that Sylvie Samson, a social worker with the program,  jokingly calls “Adoption 101”.

The fact that children are older when they’re being adopted means parents do need to be more prepared, Samson said, and often need more help once their children arrive. Her role, she says, is to help parents know what they’re getting into, and not see adoption through rose-coloured glasses in which the child will arrive and fulfill all their expectations. “It might (happen),” she said, “but let’s be prepared, just in case, and know what to do.”

For more information: the provincial government’s secretariat de l’adoption internationale site has good basic information, countries that are open for adoption and a list of accredited adoption agencies: www.adoption.gouv.qc.ca.

For a list of countries and agencies, check our list of  Adoption Agencies & Services in the Resource Directory.