When my son was 5, I had his babysitter take him to the dentist as I was at work and figured the routine check-up would be uneventful. For the past three years, his dentist checked his teeth, let him choose a toy and sent him home with a clean bill of health, a new toothbrush and a big smile on his face.

But this appointment turned out to be anything but routine. The babysitter told me Max had “a couple” of cavities so I immediately called to schedule a follow-up appointment. However, the receptionist told me Dr. Treena Coull needed to speak with me and would be in touch shortly. Soon after, the phone rang. It was the dentist with some unbelievable news: Max had eight cavities.

“EIGHT CAVITIES?” I screamed into the phone (as if somehow it was her fault). A wave of guilty feelings swept through my entire body. How could this be? How could I have let this happen?

My heart sank. I felt like the worst mom in the world. And maybe some of you think so too, which would be totally understandable. I’m okay with being judged…kind of. I was one of you not too long ago. Before I found out about Max’s cavities, a friend had told me her 4-year-old had to have two fillings and I remember sitting in judgment thinking: “wow that is pretty bad for a child of his age.”

So after my shock subsided, I tried to figure out how, in fact, this did happen. I couldn’t initially figure it out — my son doesn’t have a big sweet tooth; Max is the only kid I know who doesn’t eat birthday cake at parties and he hates ice cream. He never has soft drinks, isn’t fond of chocolate and we have very little junk food in our house. He loves fruit and often snacks on apples and chopped up raw vegetables. I ran through other possibilities: maybe it was the lack of fluoride in our water or bad genes?

But then I had to acknowledge some contributing factors. We gave Max juice a few times a day in his early years – he hated milk so I let him drink calcium-enriched orange juice instead. This is a big ‘faux pas’ because juice is laden with sugar and has high levels of acidity, which burns through enamel. Obviously I only heard the expression “juice is the worst thing that good parents do to their kids,” a bit too late. 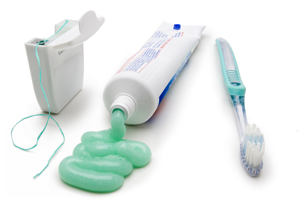 And then there were the fruit bars. You know the ones with 100 per cent fruit, no added sugar, colouring, blah blah blah? He loved them and I figured they were a healthy snack. But the problem is fruit bars stick to the teeth and slowly rot them. This is especially true if you don’t floss your preschooler’s teeth, which I hadn’t been doing up to that point. Brushing twice a day, yes – but clearly we should have been flossing. And I’m sure the maybe-too-frequent Saturday morning trips to the candy store with papa didn’t help matters.

But whatever the many reasons for the cavities, the proposed treatment left me reeling. The dentist gently explained that trying to fill that many cavities would take several appointments and would probably traumatize Max. Instead, she recommended surgery under general anesthesia.

Horrified by the prospect, I said no. But after watching her try in vain to fill a couple of cavities with local freezing – Max fussed and pushed away every instrument she tried to insert in his mouth –  I called the dental surgeon.

At our initial consultation, I blurted out something about my pangs of guilt. It was reassuring to hear him explain that some kids are simply more prone to tooth decay and that it is partly hereditary. He also said he sees kids regularly with 12 or 13 cavities to be filled.

That was small comfort during the surgery. It only took the doctor about an hour to fill all the cavities. But holding Max’s hand and watching him pass out within seconds of being given the injection was extremely upsetting. And the recovery wasn’t pretty. He was really groggy for several hours afterwards and vomited a couple of time after he drank some water. Those are common side effects but nevertheless leave you feeling terrible as a parent.

Naturally, we do things quite differently these days. He gets juice only a couple of times a week in the morning with his breakfast and diluted with water. We floss twice a day and have eliminated all “sticky” foods like fruit bars. And there are no regular trips to the candy store.

My guilt about all this was lifted a bit recently when I read an article in the Globe and Mail about the fact that cavities in young children have been on the rise for the past 20 years. It made me feel that maybe, just maybe, I wasn’t the worst mother in the world. I just hope that other parents, especially those with infants, will use this information to make smart choices about their children’s dental health. I wouldn’t wish this on any child — or parent.