A great way to teach kids about tolerance

Intolerance. It seems to be everywhere these days. President Donald Trump can be heard making disparaging remarks about people on an almost a daily basis. Shootings of African Americans by police officers. These are not easy topics to discuss with children, but it seems that now, more than ever, there is a pressing need to instill in children values of tolerance, compassion and empathy and help them to think critically about hateful comments they might hear. Here are a few great books about these topics. 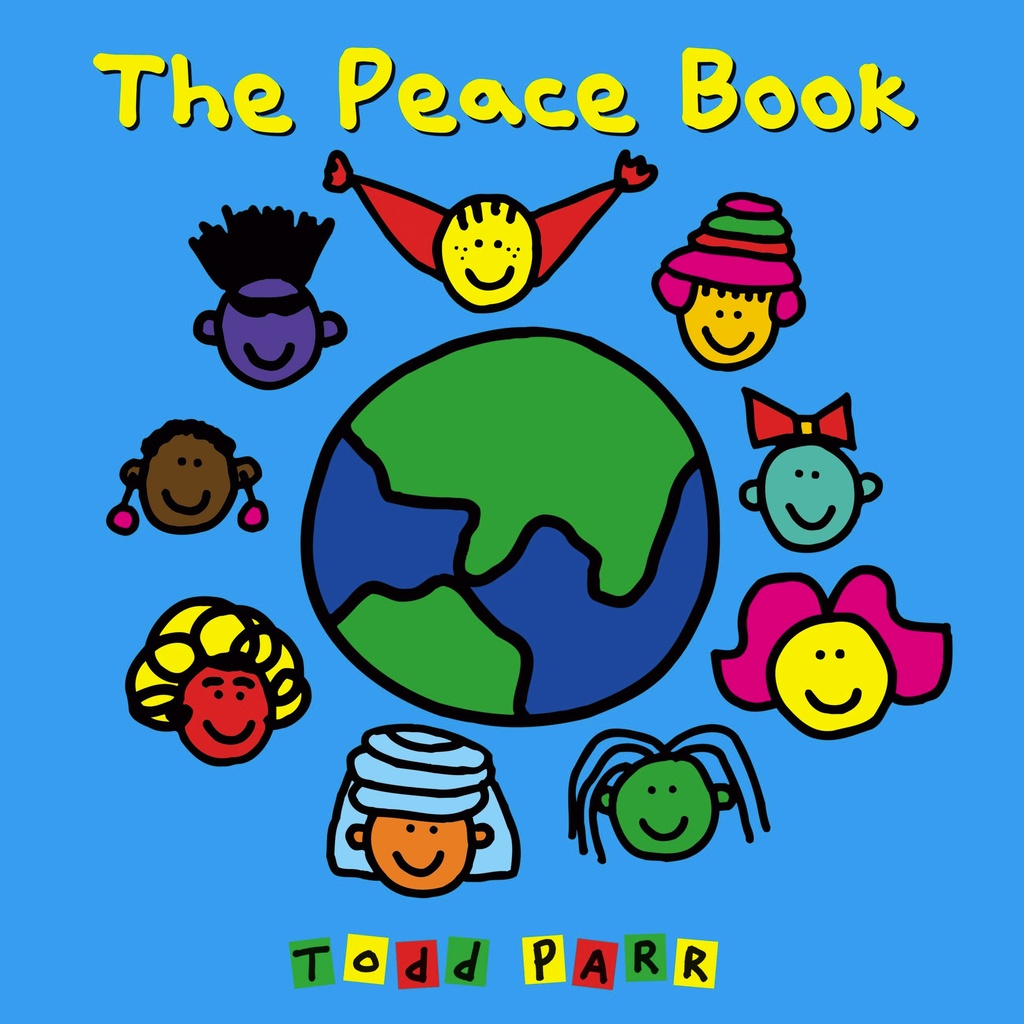 The quirky and colourful picture books of author and illustrator Todd Parr consistently emphasize themes of self-worth, tolerance and acceptance. In The Peace Book, he brings these themes together to offer to young readers the recipe for a peaceful world. He does this through simple examples that children can relate to, such as having enough pizza for everyone in the world (eliminating hunger), listening to different music (diversity) and keeping the streets clean (respecting the environment). He introduces an all-encompassing worldview of peace that goes beyond presenting it solely as the opposite of war. He shows that peace is embodied in everyday actions and is built through gestures that demonstrate respect for all people and nature. These examples are great conversation starters and allow kids to come up with their own ideas about how they can contribute to world peace. The bright and childlike illustrations capture the innocence of children and their untainted and hopeful perspective of the world they live in.

We Are All Born Free: The Universal Declaration of Human Rights in Pictures (Frances Lincoln Children’s Books)
by Amnesty International – Ages 5-8 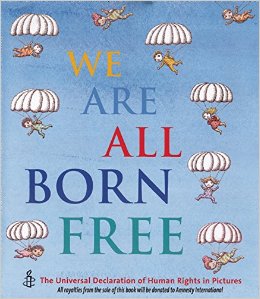 One of the driving forces of peace and equal rights in our world today is the Universal Declaration of Human Rights, which was drafted in the aftermath of World War II to ensure that genocidal horrors would never be repeated. The declaration includes 30 articles that define the freedoms and liberties of each person. These rights acknowledge that persecution and exclusion due to race, religion, ethnicity and any other identifying characteristic is unacceptable. In Canada, this might be hard for kids to understand because these rights are guaranteed and easily taken for granted. The importance of the declaration is depicted through illustrations by various artists. For instance, the article that states “We all have the right to belong to a country,” is accompanied by a group of people afloat at sea in a boat surrounded only by blue waters and no land. The illustrations are varied and range from cartoon-like images to collage art and paintings in watercolours, depicting the unjust realities that far too many people still live today due to exploitation and indifference. It helps readers understand that the declaration must still be defended and protected today. 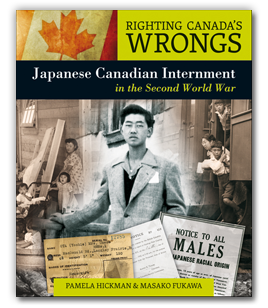 As a wealthy, multicultural nation with a strong democracy and a Charter of Rights, it can seem unthinkable that Canada could have perpetrated its own human rights violations. This series of books explores some of Canada’s past wrongdoings, including policies that placed First Nations children in residential schools and interning Italian and Japanese immigrants during World War II. Each book is like a museum exhibit, full of documents, artefacts, testimonials and photographs that bring to life the time period and the pain and suffering caused by these policies. The testimonials are powerful, as either victims or family members of victims describe the devastating and lifelong impacts of being the target of discriminatory actions. The books are detailed and delve into all aspects of these tragedies, including the necessity to acknowledge the mistakes of the past if there is to be healing. They will inspire readers to reflect on what it means to have equal rights and to be treated differently simply because of your race or ethnicity. 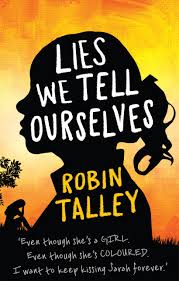 This young adult novel was shortlisted for the 2016 Carnegie Medal, a British literary award that recognizes one outstanding new book for children or young adults. Set in 1959 as the civil rights movement was gaining momentum, the themes depicted in the story are still relevant today. The book tells the story of Sarah Dunbar, who is the first of 10 African-American students to attend an all-white high school.  Sarah is taunted, spat on and tormented by her white classmates, and her situation is made even worse when she is paired on a project with Linda, whose parents are some of the most vocal opponents of desegregation. As they get to know one another, the girls begin to see each other beyond their race and form a friendship. Written from the alternating perspective of each girl, it allows readers to delve into their different experiences, from the privileged position of Linda who has grown up surrounded by racists to Sarah who must draw on all her courage to take a decisive step towards equality. Some of what Sarah is subjected to is brutal and the author does not shield readers from the violent hatred of that time. Much in the same way that the main characters question the lies that were told to make certain actions and beliefs acceptable, readers will begin to identify the lies of today and overcome them by seeing the dignity and humanity in each person around them. 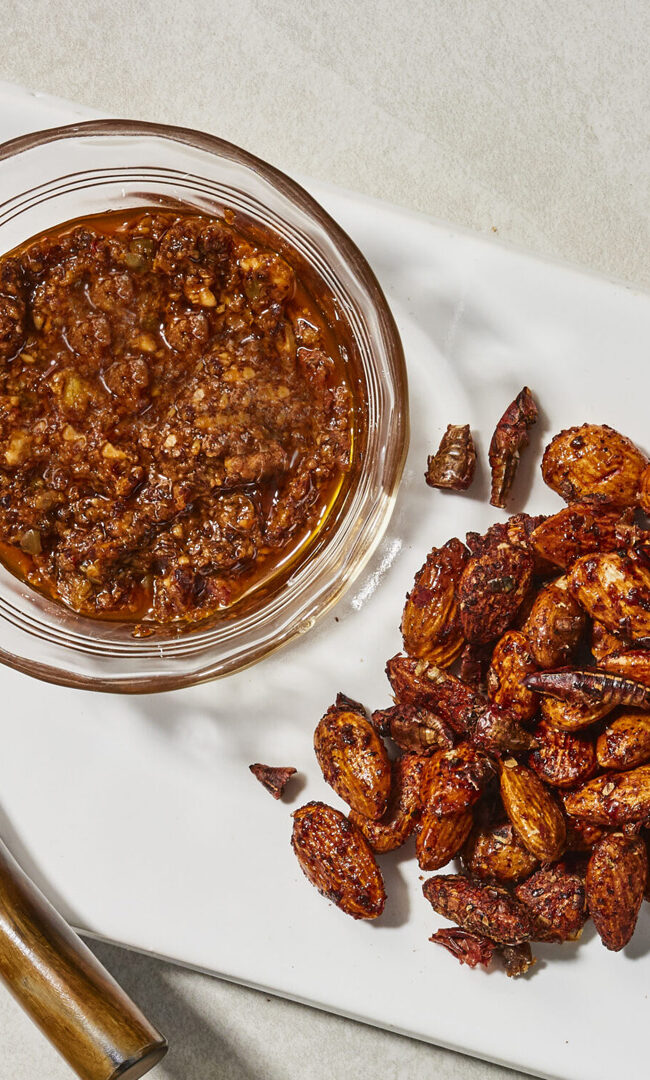