A “fun” convention just for kids

On Sept. 26 and 27, the Uniprix Stadium at Jarry Park will be converted into a sprawling space dedicated entirely to fun at the first-ever KidCon.

There will be inflatables, a video game zone where children are invited to play games with one another, a crafts quarter where free art supplies will be provided and a wide variety of toys, tabletop games, movies and books.

“KidCon is going to have a real variety,” says David Newman, one of the event’s organizers. 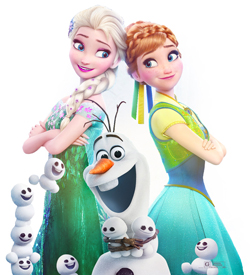 There will be various shows and a Frozen sing-a-long both days. Children are invited to dress as their favourite character from the popular movie and join in belting out the film’s tunes.

Also, in honour of the 35th anniversary of The Hockey Sweater, written by Quebec writer Roch Carrier, there will be a live reading from the book that tells the story of a young boy, who, in a woeful attempt to order a jersey from his beloved Montreal Canadiens, ends up with a Toronto Maple Leafs sweater.

“[The book] was really well known, but has since kind of been forgotten, so we wanted to introduce the new generation of kids to the story. It’s a real Quebec classic,” Newman says.

There will be food trucks that appeal specifically to children and exhibitors will be selling an array of toys, apparel and games.