A father’s no-holds-barred book about autism 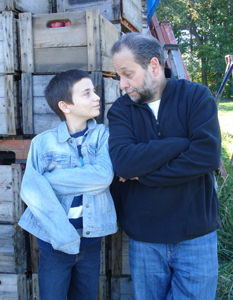