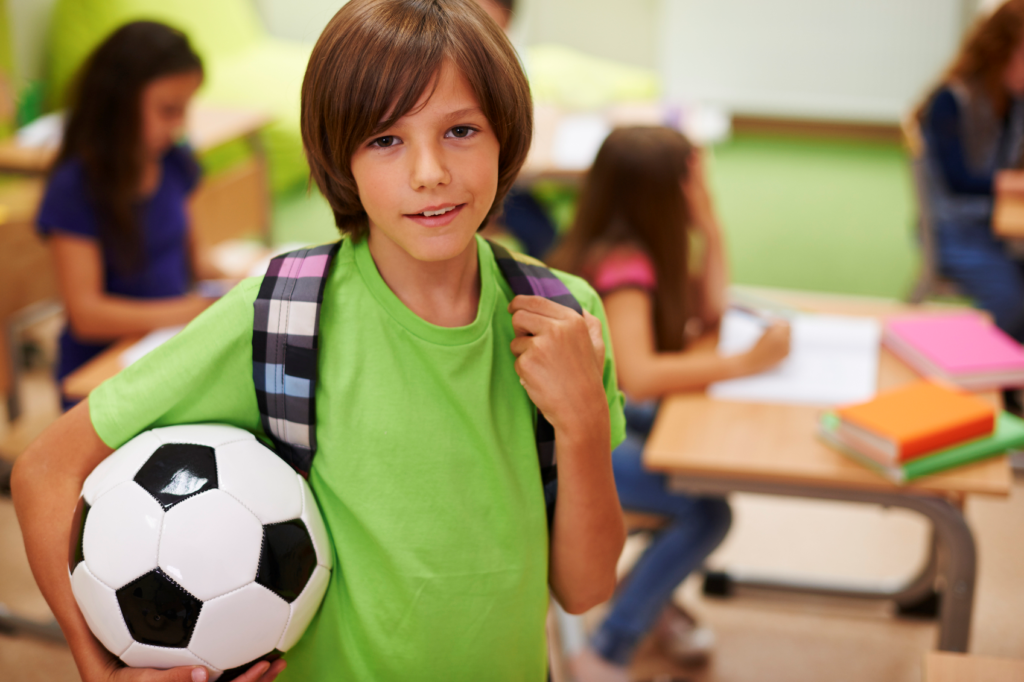 When preparing children for elementary school, parents are often told to focus on skills related to math and reading. But a study out of the University of Montreal has found that participating in team sports or structured physical activity can also help your child excel during their academic career and make healthy lifestyle choices later in life.

Professor Linda Pagani, along with her colleagues Geneviève Piché and Caroline Fitzpatrick, studied data collected on 2,694 children born in Quebec between 1997 and 1998 to examine the link between physical activity and development.

The research was conducted by having kindergarten teachers report on the skills of their students by measuring classroom engagement, and using information provided by parents pertaining to their child’s participation in both structured and unstructured physical and non-physical activities. The same exercise was then repeated when the children reached grade 4.

The kindergarteners who participated in organized team sports were more goal-directed and self-disciplined. They boasted higher classroom engagement scores by the time they reached fourth grade and were more involved in weekly structured physical activity and team sports. Those children  participating in unstructured and non-physical extracurricular activities had no significant association with later classroom engagement or participation in sports.

The study suggests the cognitive demands associated with playing team sports may promote the acquisition of highly regulated behaviours and emotions, which children then apply in other places, such as in school. Children involved in team sports sometimes develop a sense of belonging to their group of peers and coaches, and being part of a group with a common goal may help children appreciate the importance of respecting the rules and being responsible.

Moreover, the study claims that children who are better able to regulate their behaviour are also more likely to keep exercising during the transition from childhood to adolescence.

The study also mentions the importance of promoting structured physical activities in daycare settings and schools, and says it may be advantageous to encourage children who are at higher risk of being sedentary or having behavioral problems to get involved in sports.